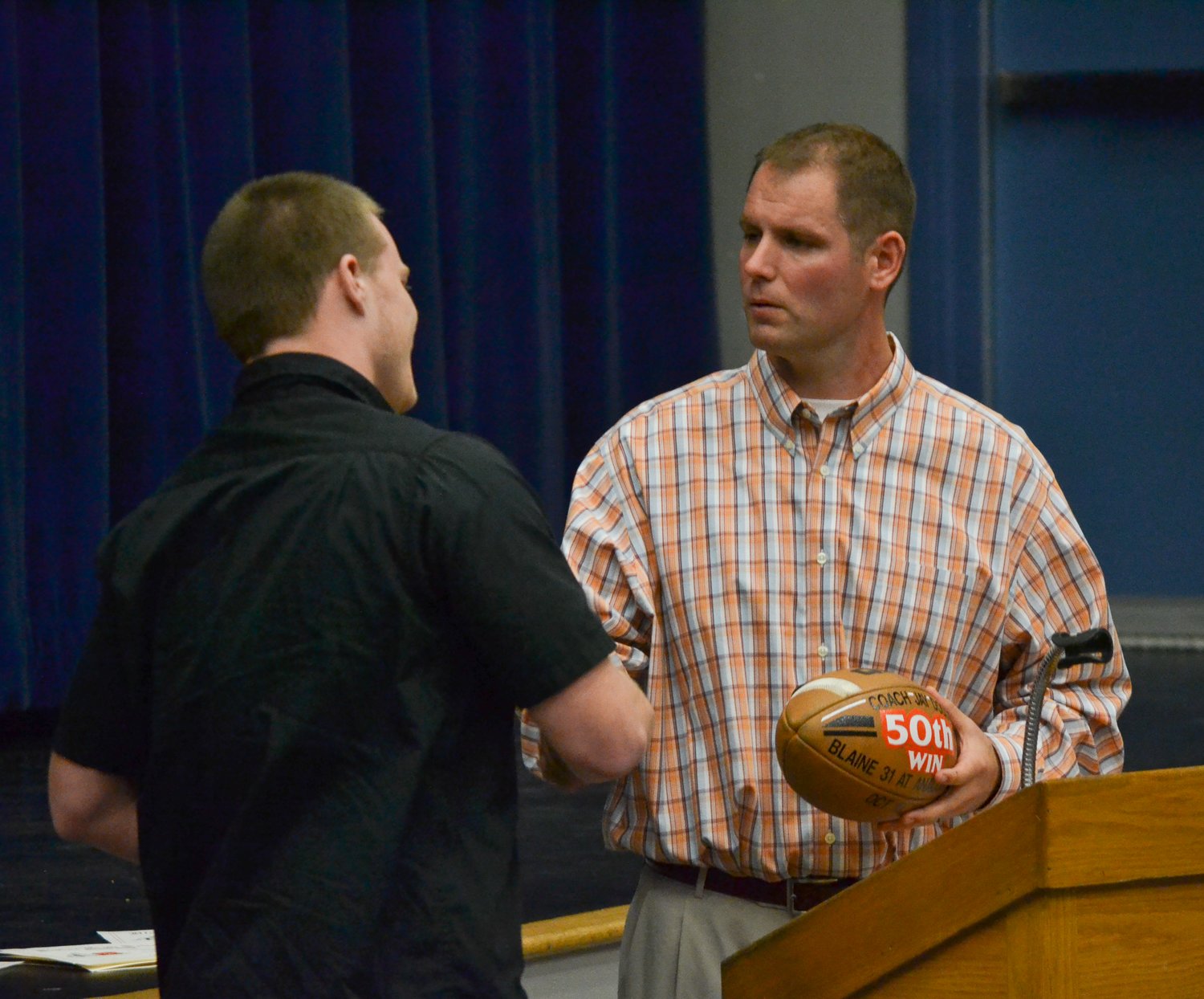 Jay Dodd is presented with the football from his 50th winning game as Blaine’s football coach in November 2014.
File photo 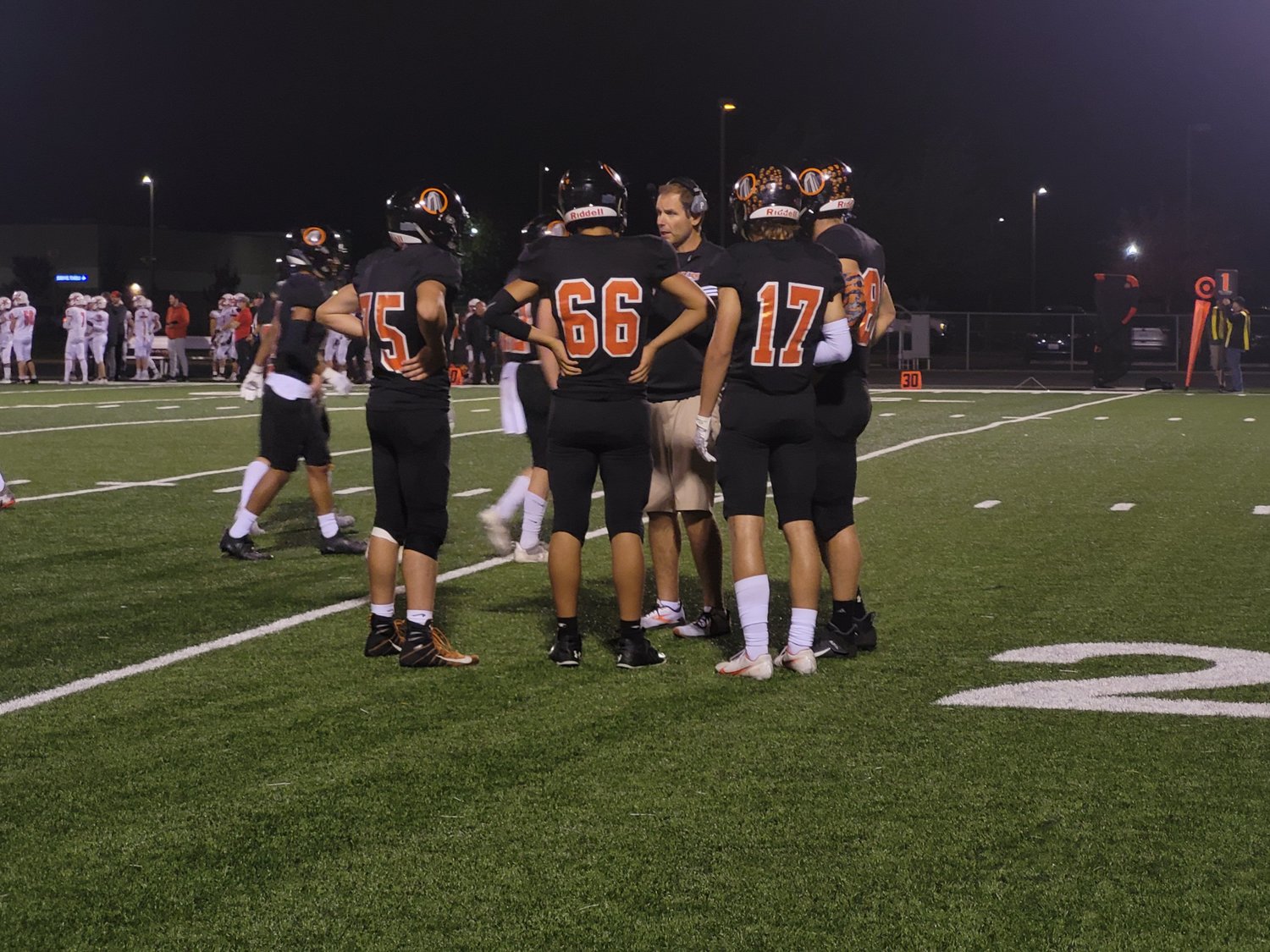 Jay Dodd stepped down from his role as Blaine High School football coach last week after 17 years as head coach.

“Hard to put into words what the last 17 years have been about for me,” Dodd said. “It’s all based on relationships.”

Dodd said he has great relationships with current and former players that are special to him. It was a tough decision, he said.

Dodd led Blaine to four state championship tournaments, including three years in a row from 2007 to 2009. Prior to that, Dodd’s senior year, 1995, was the last time Blaine made it to state.

As a coach, he has the most wins in Blaine history, 73.

His resignation comes on the back of one-and-nine losing record for the Borderites this season, but Dodd said that was not the reason for his leaving. He said he has positive relationships with the current players and was working with four of them in the Blaine High School weight room as he spoke to The Northern Light on the phone.

Dodd said he stepped down to spend more time with his family. He said his kids are older now and that he would like to put more of his time into watching them grow up.

Blaine athletic director Chas Kok said he appreciated Dodd’s help in welcoming him into the district earlier this year.

“We will definitely miss him and his presence at Blaine athletics,” Kok said. “And in the Whatcom football community.”

Dodd said he will still hold his teaching position at Blaine High School. He said he hopes to give back to all Blaine students.

“I’m going to miss games. Going to miss Friday nights, and the energy that comes with those nights,” Dodd said. “But more than that, just the process of helping a young man through the steps of football. Those are special moments, where you develop relationships.”