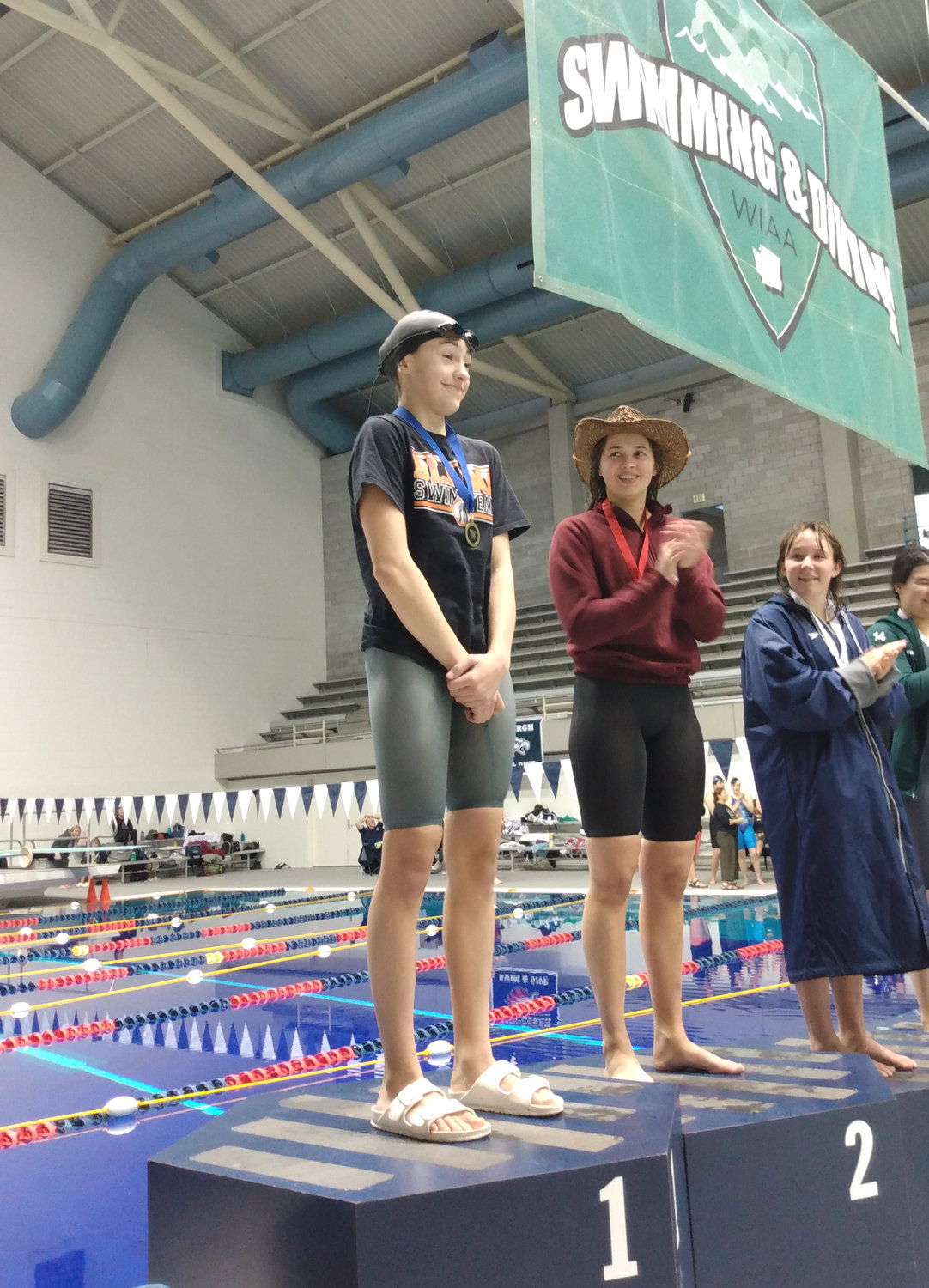 Blaine freshman Hailey Ferrell on the top step of the podium after winning the girls 2A 500 freestyle state championship November 12 at Weyerhaeuser King County Aquatics Center in Federal Way.
Photo by Julia Landon 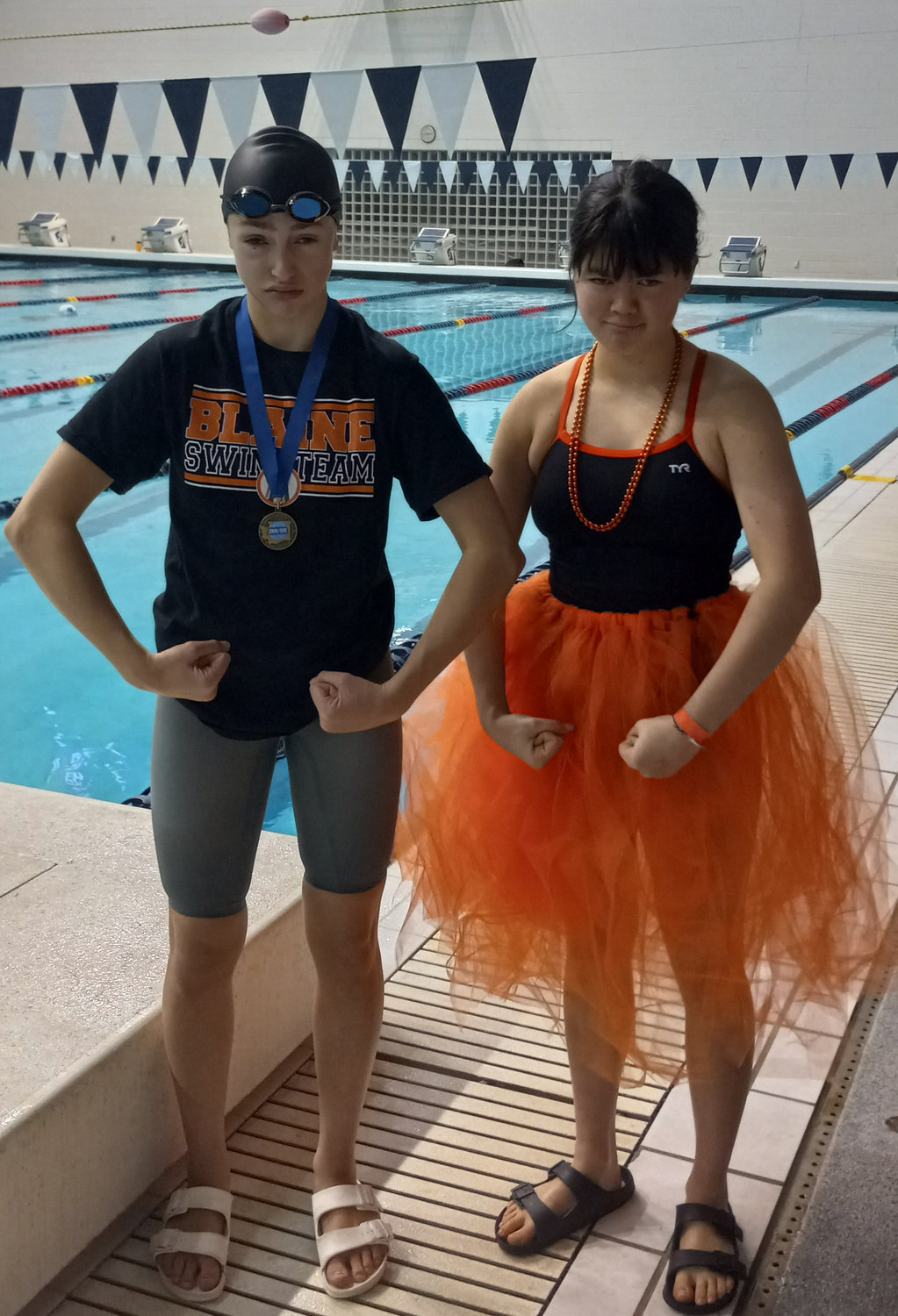 Blaine has a new state champion who may be around for a while.

Freshman swimmer Hailey Ferrell took home a first and third place from the girls 2A state swim and dive championships last weekend. Hailey won the 500 freestyle by two seconds in a personal-best time of 5:25.01 – a shocking performance after she was seeded sixth after the prelims, where she swam 5:35.27.

“She wasn’t expecting it,” Hailey’s mom Christine Ferrell said. “It was very exciting.”

Christine said Hailey led the race from the start. Her counter and teammate Sylvie Lausier was keeping her on pace and pushing for her to stay out in front, Christine said. Hailey’s dad, grandparents and sister were also at the meet and they all couldn’t help but cheer for Hailey.

“Usually we don’t cheer because she tells us she can’t hear us while she’s in the water,” Christine said.

Hailey beat her previous personal best in the 500 free by eight seconds. Coming into state championships, Hailey was seeded fourth and fifth in the 50 and 500. The 50 didn’t go quite as she hoped. As the second seed after the prelims, she finished third in the final in a season-best time of 24.90, .85 seconds off the winner. Head coach Julia Landon said it was not what she wanted.

But Hailey used that to make it count in the 500. Christine said she came out fast and just didn’t quit.

“When she touched the wall the look of shock will remain in our brains forever,” Landon said in an email.

Christine said Hailey started swimming competitively when she was seven with Pacific Sea Wolves Swim Club in White Rock. Hailey has also taken up wrestling, but Christine said swimming is her main sport and she plans on swimming all four years of high school.

Christine thanked Lausier for the support. “She didn’t have to come to state but she did,” she said.

Landon said the co-op team with Ferndale overall had an impressive season, and she was excited to see Hailey represent it at state. “I’m always proud to see the swimmers we coach succeed,” Landon said.