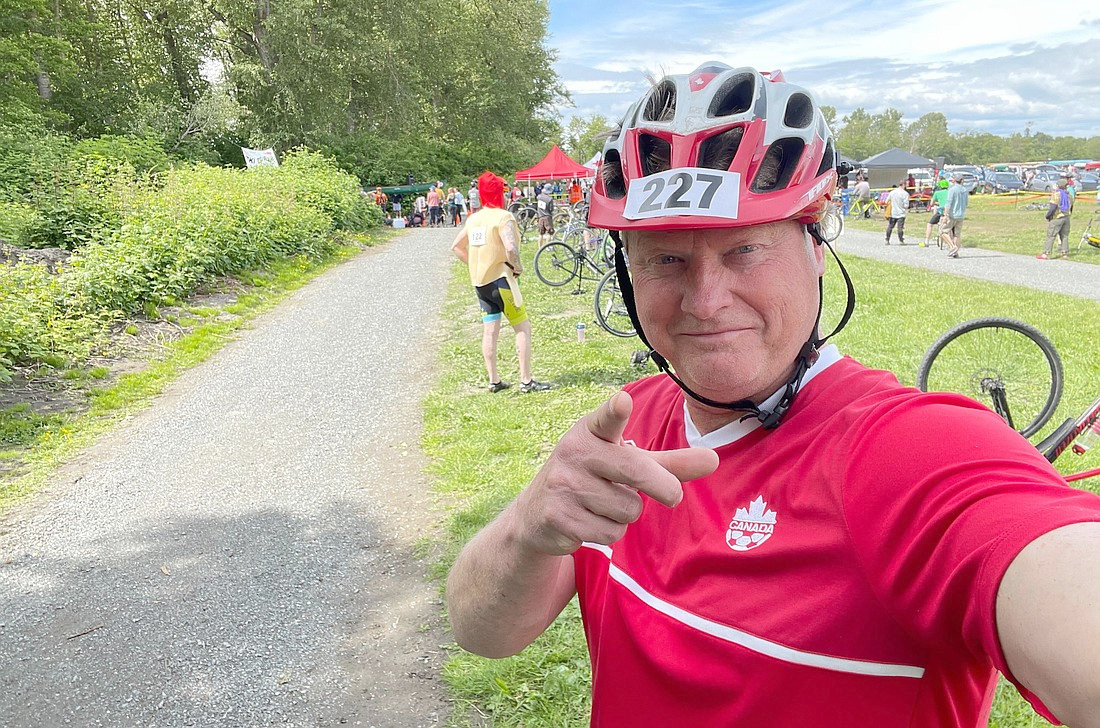 A Celebration of Life will be held Saturday, October 22, 3–6 p.m., at The Vault in Blaine.

It is with heavy hearts that our family shares the passing of our vibrant, fun-loving Rob, who suddenly and unexpectently left us on Sunday, May 29, 2022, while participating in the cyclocross leg of the Bellingham Ski to Sea relay race.

Rob grew up on a small hobby farm in Cowichan Station, Vancouver Island, BC. With nine siblings, much of his childhood was spent outdoors climbing trees, building forts, building model planes, listening to The Beatles and taking care of the outside animals. He attended Cowichan Station Elementary School (now The Hub), George Bonner Junior Secondary School, and then graduated from Cowichan Senior Secondary School in 1982.

Rob received his master’s degree in Urban and Rural Planning from Dalhousie University, Nova Scotia. He then volunteered 10 months of service in the Philippines through Canada World Youth, returning to Vancouver Island where he worked as executive director for the Cowichan Land Trust in Duncan. This lead him into a position as an environmental planner for the City of Nanaimo while continuing to serve in the Cowichan Search and Rescue. His passions were hiking, cycling, camping, wine tasting, good food, sports of all kinds, and visiting with friends and family.

It was while canoeing in the Ski to Sea race that Rob met his beloved American wife, Becky Groves. Their love blossomed into a beautiful wedding on October 11, 2014, at Peace Arch Park. They maintained their cross-border relationship until June 2021, when Rob retired from the City of Nanaimo after 21 years of service and moved to Blaine to start his next adventure with Becky.

“I took a walk in the woods and came out taller than the trees.” – Henry David Thoreau