Faulkner places first in state for womens 1A 100-meter hurdles 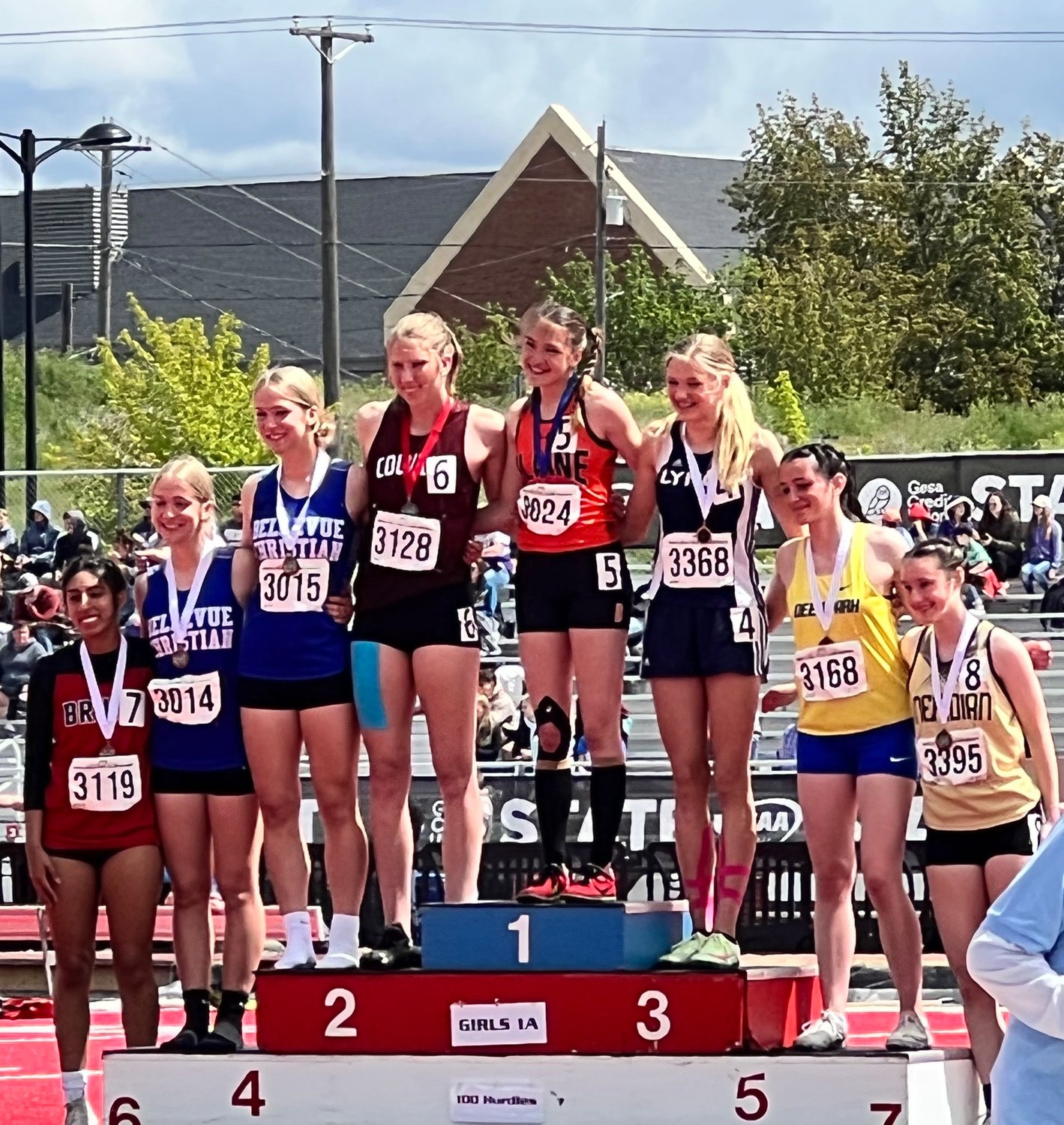 Before traveling to eastern Washington, Faulkner broke her personal record in the 100-meter hurdles that she set her last full track season freshman year. She said she was nervous because she had set high expectations.

Faulkner finished second in her 300-meter preliminary race May 26 in Cheney, running 45.43 seconds. She finished .36 seconds behind Bear Creek’s Braelyn Baker. Faulkner then won her 100-meter hurdles prelim in 16.61 seconds May 27. Faulkner said she was really confident after the prelims May 26 and May 27.

The next day she ran 16.09 to take the state championship and 46.69 in the 300-meter hurdles final, finishing second to Baker again. Faulkner was surprised to run slower in the 300-meter final than she did in the prelim, but figured it came down to fatigue.

She said her high school track career was bittersweet. Her sophomore and junior years were impeded by the pandemic and jaw surgery, which put a strain on her athletic development. “I feel like if I had those two extra years of training normally I would be way past my personal records,” she said.

But by taking home a state title, she finished on a good note.

“It was a good season,” Faulkner said. “And emotional, being my last. But I’m still going to be running in college.” Faulkner has signed a letter of intent to run cross country for the University of Redlands in Redlands, California.

Faulkner was one of two Blaine High School athletes to qualify for the 1A track and field state championships. Sophomore Deja Dube finished 12th in the discus, throwing a personal record of 98-feet, 8-inches.