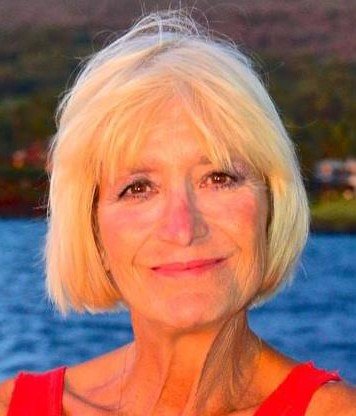 Barbara “Barbie” Gildersleeve-Bunch was born to Murray and Elaine Gildersleeve in Tillamook, Oregon, on April 28, 1952. She died peacefully at her home in Yuma, Arizona, on September 20, 2022. She was 70.

Barbara grew up unconventionally; wearing a life jacket on a floating logging camp on Prince of Wales Island, Alaska. There she learned to love the outdoors and smoke and can the fish she caught. As was the family tradition, she earned her student pilot’s license before she could legally drive a car.

She graduated from Upper Columbia Academy and went on to study creative writing at Walla Walla University, where she earned the ASB Spirit Award for her enthusiasm and willingness to be involved in student activities. Barbara expressed herself best in writing, especially poetry and short stories, which she described as “sunlight from my soul coming out.”

She was also a music enthusiast who sang, played guitar, and at one time, earned her living as a vocal performer in Alaska. She attended several concerts featuring her favorite singer, Emmylou Harris, and hosted many living room dance parties when her children were small.

She was an exceptional cook with an uncanny ability to throw together any combination of ingredients to create a nurturing and delicious meal. She took pride in feeding groups large and small and especially loved preparing her dishes for customers and potlucks. She leaves behind many treasured family recipes.

Barbara loved animals and shared her life with many cherished pets including an orphaned deer fawn, a Canadian goose named Penny, and many cats and dogs: Smith, Hoffman, Remmington and Bella, to name a few.

Throughout her life, Barbara held many vocations including supporting the establishment of two successful businesses: Erickson Supply in Portland, Oregon, and Plumbing Parts & Supply in Boise and Nampa, Idaho.

She was a devoted wife, mother, grandmother, sister, and friend who spent the first hour of every day in Bible reading, devotions, and prayer. She was preceded in joining her Lord and Savior by her parents, brothers Ronald and Roger, daughter-in-law Angela Darnell, special cousin Julie Burden, in-laws Bill J. and Mae Fern Bunch, and beloved friends Barney Beer and Georgine Ross (Beer).

The family wishes to express their sincere appreciation for the tender and compassionate care provided by Hospice of Yuma.

A memorial service announcement will be forthcoming. In lieu of flowers, remembrances can be made in Barbara’s honor to World Central Kitchen.