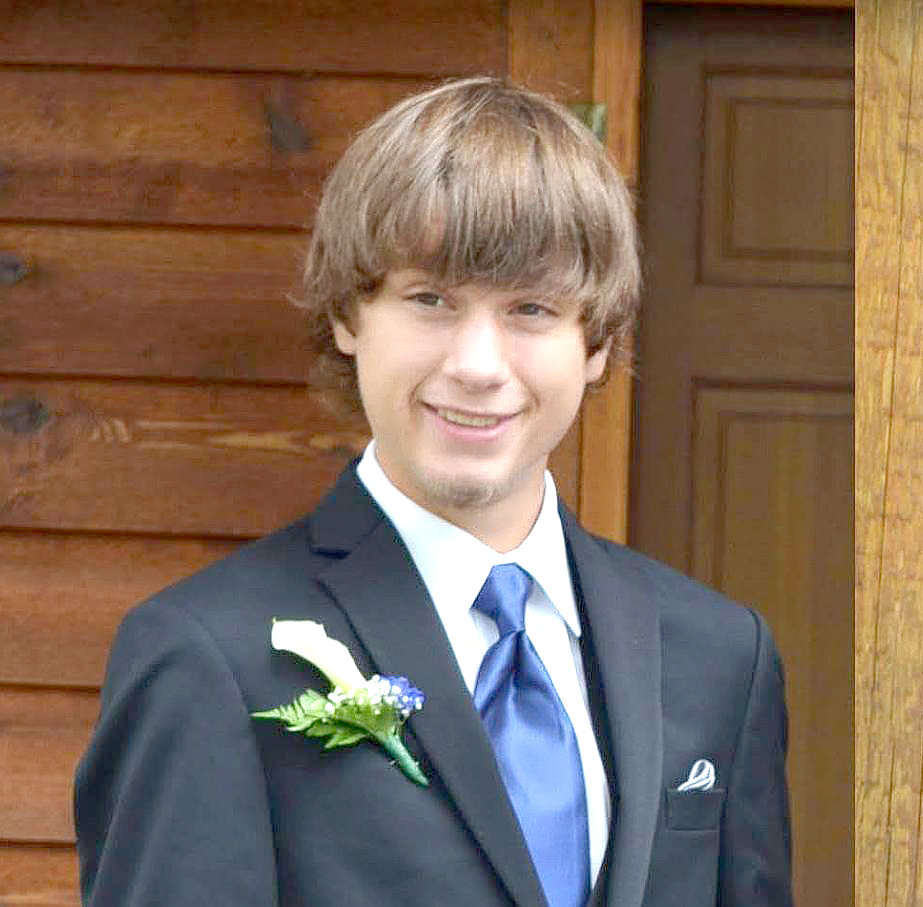 Cameron was the son of Crysta (Justin) Fladland Parkinson, Jeff (Kara) Ellsworth, and Justin (Somer) Curtiss. Born in Bellingham, Washington, he grew up in Circle, Montana and Williston, North Dakota, and graduated from Circle High School with the class of 2016.

Always equipped with a broad smile and an outsized sense of duty, our precious boy grew from a precocious kid with an unmatched vocabulary and wit into a strong and kind man we were so very proud to know. He is already so profoundly missed.

Cameron had a love for travel that brought him all over the world, including New Zealand, Costa Rica, Jamaica, the Bahamas and much of the U.S., including many summers in western Washington. His most memorable trip was to the Philippines, where he took part in a conservation program that worked with whale sharks, made lasting friendships, and learned to surf.

He loved music. He taught himself guitar and always had a guitar pick in his pocket. He found real joy in playing a new song until he had it just right. He was an avid skateboarder from early on, resulting in a lifetime supply of bruises, cuts, and scrapes. It was always about improving on last time, mastering that new trick, and developing a new skill. Longboarding the hills in Bellingham was among his favorite.

Cameron's passion for tinkering on anything he could get his hands on was especially strong when it came to his Subaru. He was an avid hunter and fisherman, as well as a passionate animal lover.

He enjoyed spending his time working on the family farm, riding dirt bikes and snowmobiles, hiking along the Yellowstone River with his hammock, developing new hobbies, or chasing the next adventure with his dog. Recently he had been spending hours a day shooting pool, practicing with his dad to improve his game with the same dedication he put into everything he loved.

His final act was to give the gift of life through organ donation, and his family could not be more proud of the way he sought to make a difference.

We are so grateful for the phenomenal care he received from the team at Billings Clinic Hospital, LifeCenter Northwest, as well as the first responders, McCone County Health Center, and Sanford Air Med for everything they did for him and their remarkable kindness to us in the days that followed.

He was preceded in death by his grandparents Welcome Curtiss, Ella Curtiss, and Kenneth Ellsworth.

Family will Receive Friends from 4–7 p.m. on Thursday, March 31, 2022 at Stevenson & Sons Funeral Home in Circle, MT. A Funeral Service will be held on Friday, April 1, 2022 at 11:00 a.m. at Circle Evangelical Church. A luncheon will follow the Funeral Service at the church. A memorial service will also be held on April 9, 2022 at 1 p.m. at Deming Logging Showgrounds Museum in Bellingham, WA.

Should friends desire, a scholarship fund to support other young people in developing a love of travel has been established at the Grasslands Credit Union, 320 Main Street, Circle, MT 59215.