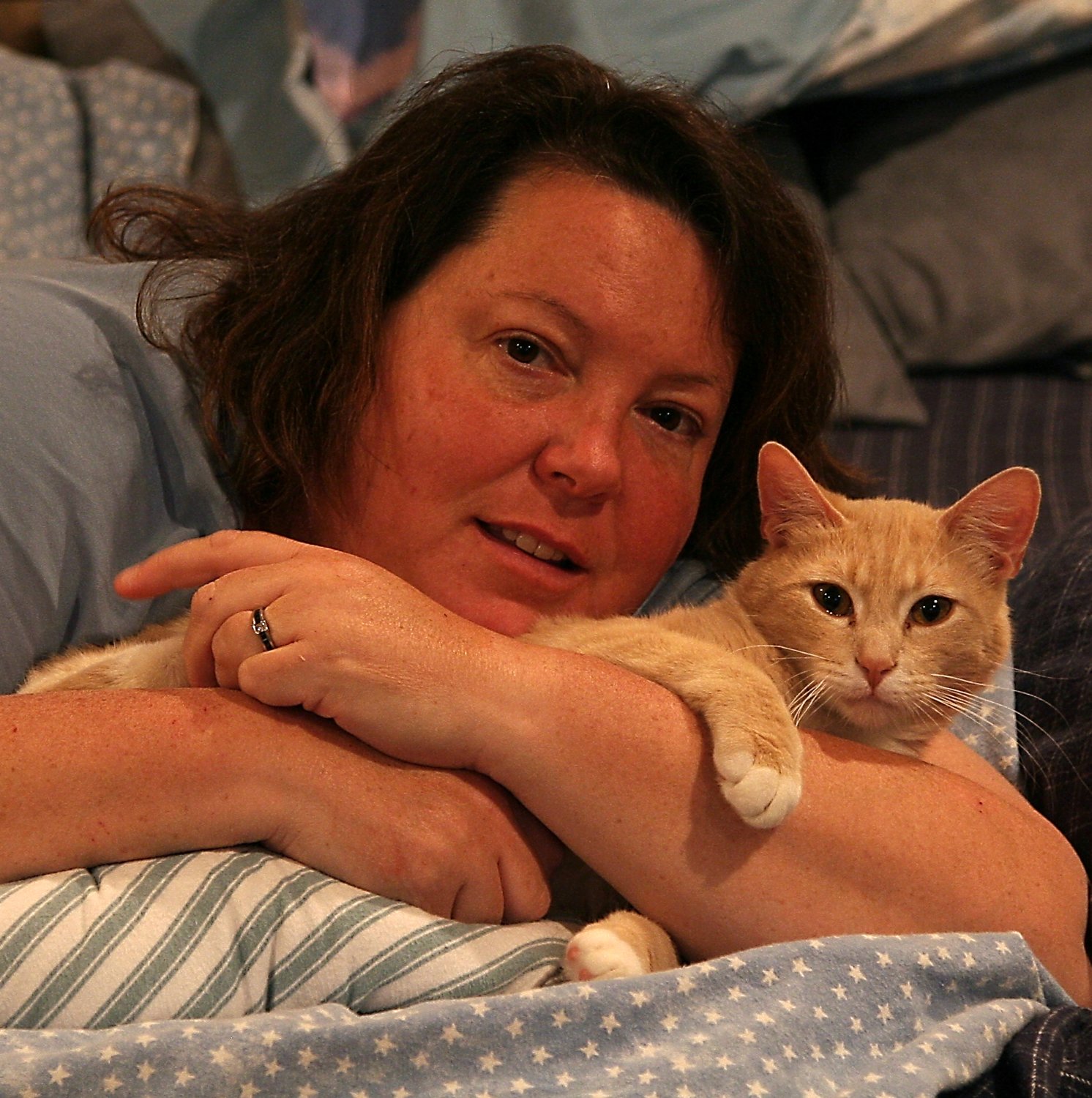 Carol was a devoted Christian, an enthusiastic traveler, a loving mother deeply connected to her family and an incredibly creative artist who adored animals, the furrier the better.

Born Carol Beth Littlefield at Swedish Hospital in Seattle on August 18, 1959. Carol’s father Chuck was a Chemical Engineer at Boeing, her mother Joy, a teacher. The majority of her childhood was lived in Bellevue with the exception of the two years her family moved to the Bay area of California during the Boeing downturn. In 1977 she graduated from Sammamish High School where she sang in the choir. She was very involved in the youth group at Eastside Free Methodist Church where she made many friends that are still dear to this day. After high school, Carol attended Western Washington University then transferred to University of Washington where she earned her degree in Criminal Justice. She then worked as an insurance adjuster for three companies over the years. She also worked at Market Spice and in later years owned and ran the Birch Bay Cafe.  Her degree and her jobs did not define her; Carol was defined by her passions.

Carol loved people and adventure. She could strike up a conversation with anyone anywhere she went, sometimes to the chagrin of the introverts in her circle.

Her adventurous spirit had a great yen for travel, by car, by airplane, by boat. She LOVED road trips; the destination was rarely as important as the trip there. She inherited this passion from her mom and dad and shared it with her siblings. There were countless multi-day trips she took cross-country, often just by herself. Her ultimate favorite however was taking trips as family. She loved planning vacations almost as much as she loved taking them.

Despite being a travel-bug, her favorite place in the whole world was Birch Bay.  She cherished going up there in any weather because it was BIRCH BAY! She lived there the last five years of her life because Birch Bay was her happy place!

Family was central to Carol’s life. She and Doug married on August 12, 1989. She raised two wonderful sons who she stayed home with and nourished with her love. There was no doubt about it, Carol LOVED her family! And included in her family, of course, were her pets. She ADORED them! Every photo we have with our pets shows her cuddling them!

Carol’s creativity and imagination were expressed through many art mediums.  She painted, crafted and sewed. Her annual Christmas card was always an exuberant collage of photos and original artwork.

She will be missed dearly but her legacy of love, adventure, creativity and devotion will continue to bless the lives of her family and friends.

Any friends of Carol can meet at 7605 Birch Bay Drive, Unit A at 1 p.m. on April 24 to swap stories of Carol and giving her a send off!