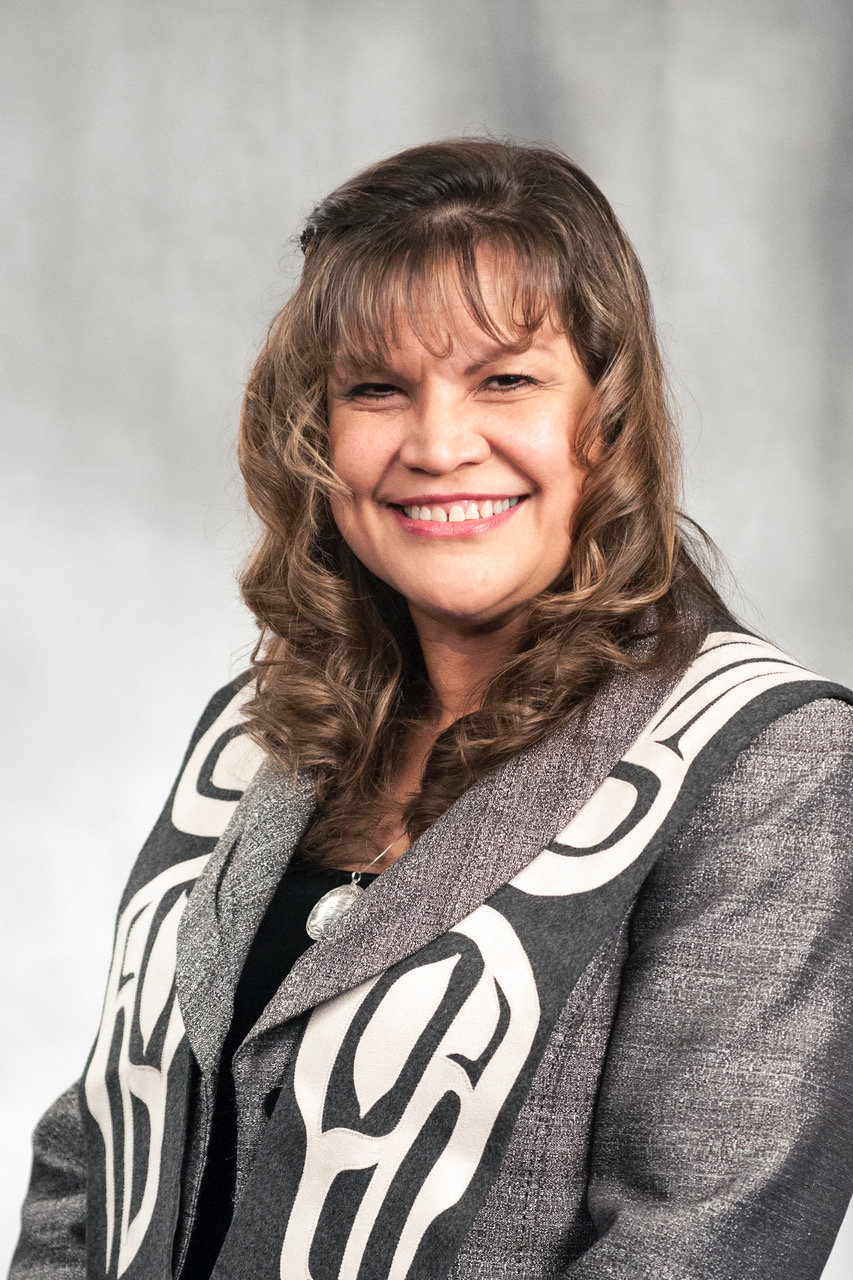 Carrie Lee Sykes (Ilskedei and SgaanJaat, meaning baby doll and killerwhale woman), was born in Seattle on March 30, 1961 to Josephine Nancy Scott and Robert Décor Sykes. She was Yak’Laanas (double-fin KillerWhale) clan, from the Brown Bear House. She was of the Raven moiety of the Haida nation. She passed away August 24, 2022 in Birch Bay.

She lived her very early years in Seattle, in the Capitol Hill area. She then lived in Ketchikan, Alaska during her school years. She graduated early from Ketchikan High School in May 1978 by completing college courses while attending high school. She worked at the Ketchikan Indian Corporation from 1976 to 1980 in administrative positions and also drawing traditional Native designs. She attended the North Seattle community college; receiving a Certificate of Achievement on the college 1985 talent roster. While attending college, she also worked as marketing coordinator/secretary for Sparling and Associates and developed the company’s marketing information system.

She returned to Alaska in 1986 – moving to Juneau where she began her career in environmental management. She worked as project review coordinator for the State of Alaska ensuring State projects were consistent with the Alaska Coastal Management program. She spent summers fishing the waters near Juneau and was highly skilled in food preparation.

She left the tribe in 2003 to return to college. She attended Crafton Hills College and graduated with Honors in 2007 with three Associates of Arts degrees in business administration, marketing, and speech, and also an Associates of Science degree in computer information services. She returned to Juneau, Alaska to work for Tlingit & Haida Tribe in environmental protection and subsistence. During that time she worked to coordinate the Federal Subsistence Management Program Acknowledgment Ceremony, the Southeast Alaska Native Economic Summit, and development of the Subsistence Work Group in Alaska.

Prior to her retirement, she worked as the economic development director for the Organized Village of Kasaan where she implemented the Sustainable Southeast Partnership agreement to build Kasaan’s economic development including the areas of energy, food and natural resources.

She was an excellent seamstress who sewed her own clothes in high school. She was talented in so many art forms; she made incredible button blankets, wove beautiful cedar hats and Ravenstail pieces, worked with sea otter fur and sealskin, and created beautiful beaded designs.

She was passionate about her Haida culture and making sure she shared her knowledge with her daughter and granddaughters, her family and any others who looked to her for guidance. She loved her family fiercely – both her immediate family and her extended family. Above all else, she loved her grand-daughters so very much.

She was kind, soft-spoken, smart, talented, sassy and funny.  Her smile would light up the room; Carrie was a beautiful light on the earth for all who knew her.

She spent her retirement years in Birch Bay enjoying her garden, her family, teaching and working on her artwork.