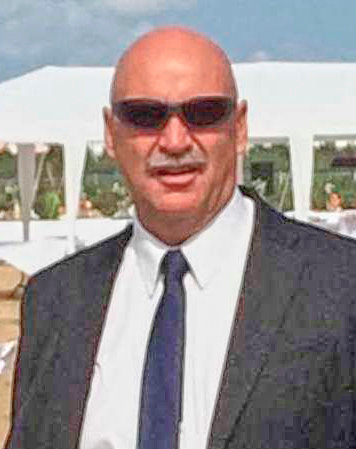 David Glen Morley, was born March 20, 1957 in Montreal, Quebec to Harold and Gladys Morley. Dave grew up in St. Lambert, playing hockey on a backyard ice rink, until 1969 when his parents moved Dave and his sisters across the country to B.C. His older brother stayed behind and still lives in Quebec today.

Dave went to North American Baptist College in Edmonton where he continued to play hockey, and studied to receive his Bachelor of Arts in Religion. There he met and fell in love with his wife Debbie. He loved her more than anything.

They were married May 5, 1979 in Anaheim, California. Dave felt that he needed more life experience before he began his intended career of pastor so he and Debbie worked for several years, built a sailboat, with much help from his father, and sailed to Mexico, the South Pacific, Hawaii, and back home to Blaine. They were gone six years and were ready to start a family.

Krista was born in 1993 and Katie in 1995. Dave was thrilled to be a father and his desire to nurture and strengthen others began with his girls. When they were very young he took the family to Mexico in a motorhome and stayed in the warm sun for five months. The girls saw him help families in need and give clothing to moms with very little. Dave was very happy that his daughters both chose service careers. Krista is a registered nurse and Katie is a teacher.

This began a pattern in Dave’s life of ministering to people that were hurting or in need. He had such an awareness that this life is fleeting and that doing things was more important than having things.  This openness to serve took him, and often the whole family, to such places as Ireland, Rwanda, Mexico, Texas, Oregon, California, Quebec and several trips to Haiti.

He loved to worship the Lord! He would turn the music up loudly and sing at the top of his lungs of the greatness of God and the thankfulness he had for the mercy we had been shown. This was his highest form of service. He wanted to live his life, ever growing, knowing his humanity still needed a lot of purifying and desiring to be more like the One who saved him.

His greatest desire was that everyone in his circle know of the grace by which he had been saved.

He is survived by his wife of 42 years, Debbie; daughters Krista (Ian Peterson) and Katie (Wes Snyder); his brother Donald (Luce); sisters Karen (Richard), Sandra (John), Pam (Paul) and was predeceased by his eldest sister, Heather. He will be remembered by many extended family members of in-laws, nieces, and nephews.