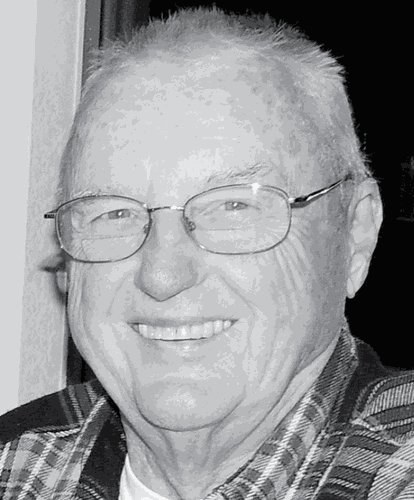 Gary was born February 28, 1937 in Estherville, Iowa. He grew up on a corn and soybean farm in the little town of Armstrong, Iowa. Gary served four years in the U.S. Navy before moving to Blaine. He married Barbara Brann on December 28, 1968.

Gary worked on the tissue side of Georgia Pacific before retiring in 2002. He served as a Union Representative for the AWPPW 309. Gary volunteered at the Laurel Fire Department and served as Fire Commissioner for Whatcom County Fire District #3. One of his proud accomplishments was participating in the Seattle to Portland Bike Classic.

He enjoyed being a member of Whatcom Skagit Model Railroad Club, going for coffee, farming with Kratzig’s, gardening and hunting.

Gary is preceded in death by his parents Russell and Imogene Love and in-laws Cecil and Ida Brann.

Burial will be held at 1:30 p.m. on Sunday, April 3, 2022 at Ten Mile Cemetery. Memorial service to follow at 2 p.m. on the patio of Bellwood Farms, 6140 Guide Meridian, Lynden. Patio area is covered but dress appropriately.

In lieu of flowers, memorial donations may be made to: Whatcom Skagit Model Railroad Club, c/o Stephen Winter, 1214 144th St. SE, Millcreek, WA 98012 or a charity of your choice. Funeral arrangements are entrusted to Gillies Funeral Home and
Cremation Services.