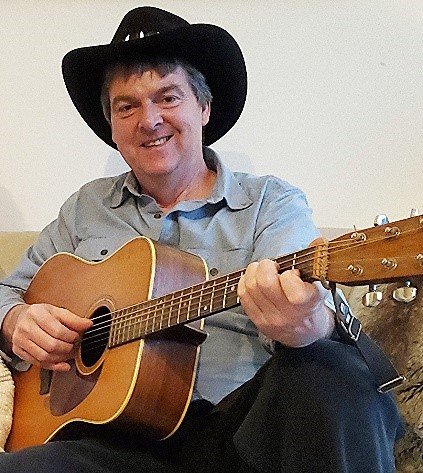 Wade was a highly intelligent, meticulous man. Anyone who knew Wade knew that music was his passion. He began playing the acoustic guitar at age 7. He taught himself how to play the piano and many other instruments. In high school, the orchestra teacher would have Wade listen to a tape-recording of a song and Wade would write the sheet music for the entire orchestra. After high school, he performed with a number of local and regional bands. Wade also loved to sing at local
Karaoke establishments.

In 1995 he was presented with the Mayor’s Art Award for bringing together 12 local songwriters to produce a CD called “A Seamless Connection” which featured their original works.

Wade was also multilingual. While he did not have any formal training, he was fluent in several languages, including Spanish, Danish, and Hindi. In fact, to ensure the privacy of his business, records were written in Hindi!

Wade was the owner/operator of Walkabout Window Washing and had many local residential and business clients. Clients appreciated the fact that he went above and beyond what the job required. He took pride in doing a great job.

Wade was preceded in death by his father, Ronald E. Larsen; grandparents Elmer and Florence Norman, and Pete and Myrtle Larsen. He is survived by his son Dayn Larsen and daughter Emma Larsen; his mother Nancy Larsen-Kolakowski and stepfather George Kolakowski; his sister Rhonda Vogelzang; his uncle Fred Norman; and his uncle and aunt Craig and Charmaine Engdahl.

At a later date, there will be a private family gathering to celebrate his life at his favorite place in Whatcom County…Hovander Park in Ferndale. In lieu of flowers, donations can be made to Whatcom County Parks and Recreation, Attn: Wade Larsen Memorial, 3373 Mt. Baker Highway, Bellingham, WA  98226.