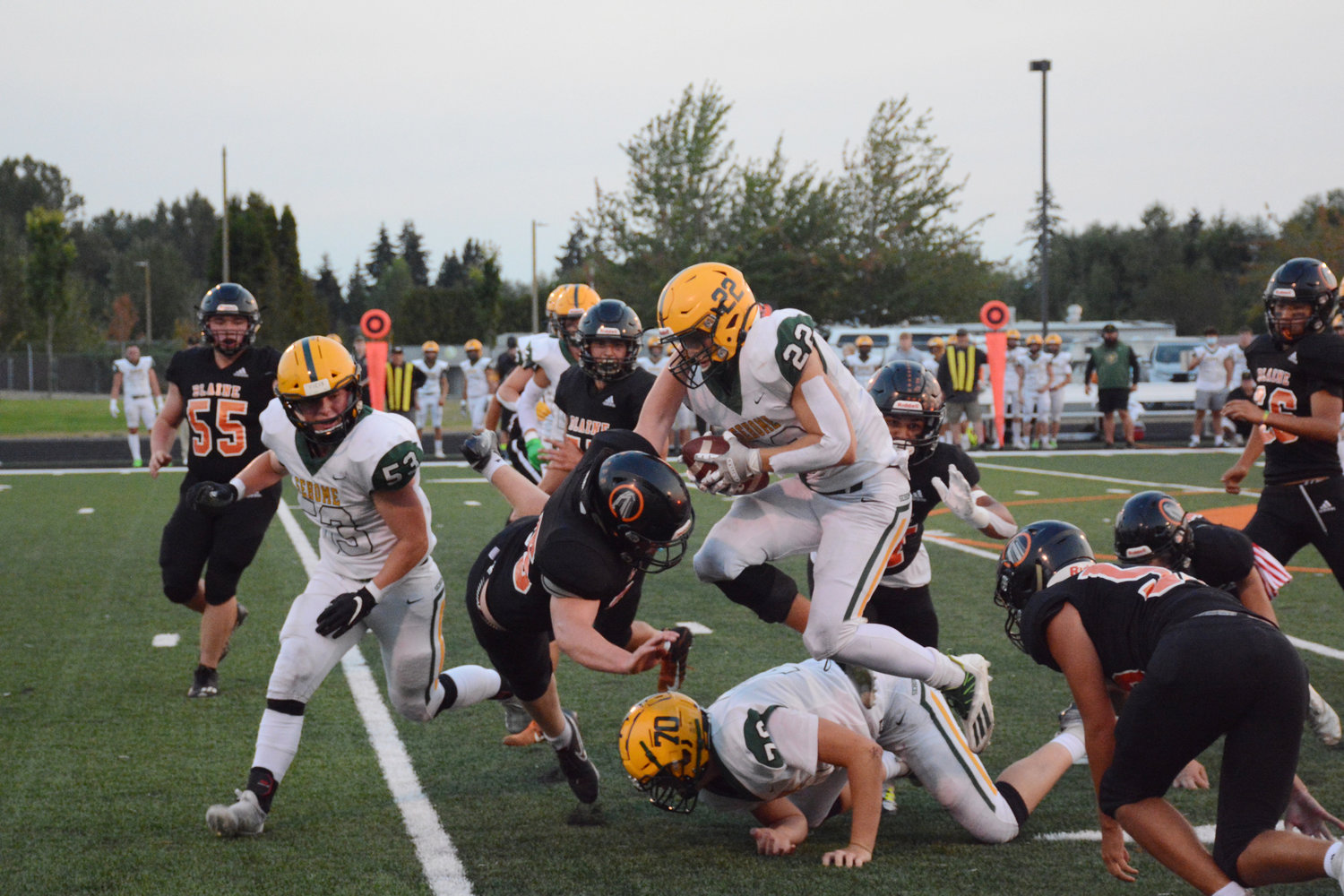 The Borderites throw themselves at the rushing Mariner offense at the Blaine High School stadium on September 9.
Photo by Ian Haupt 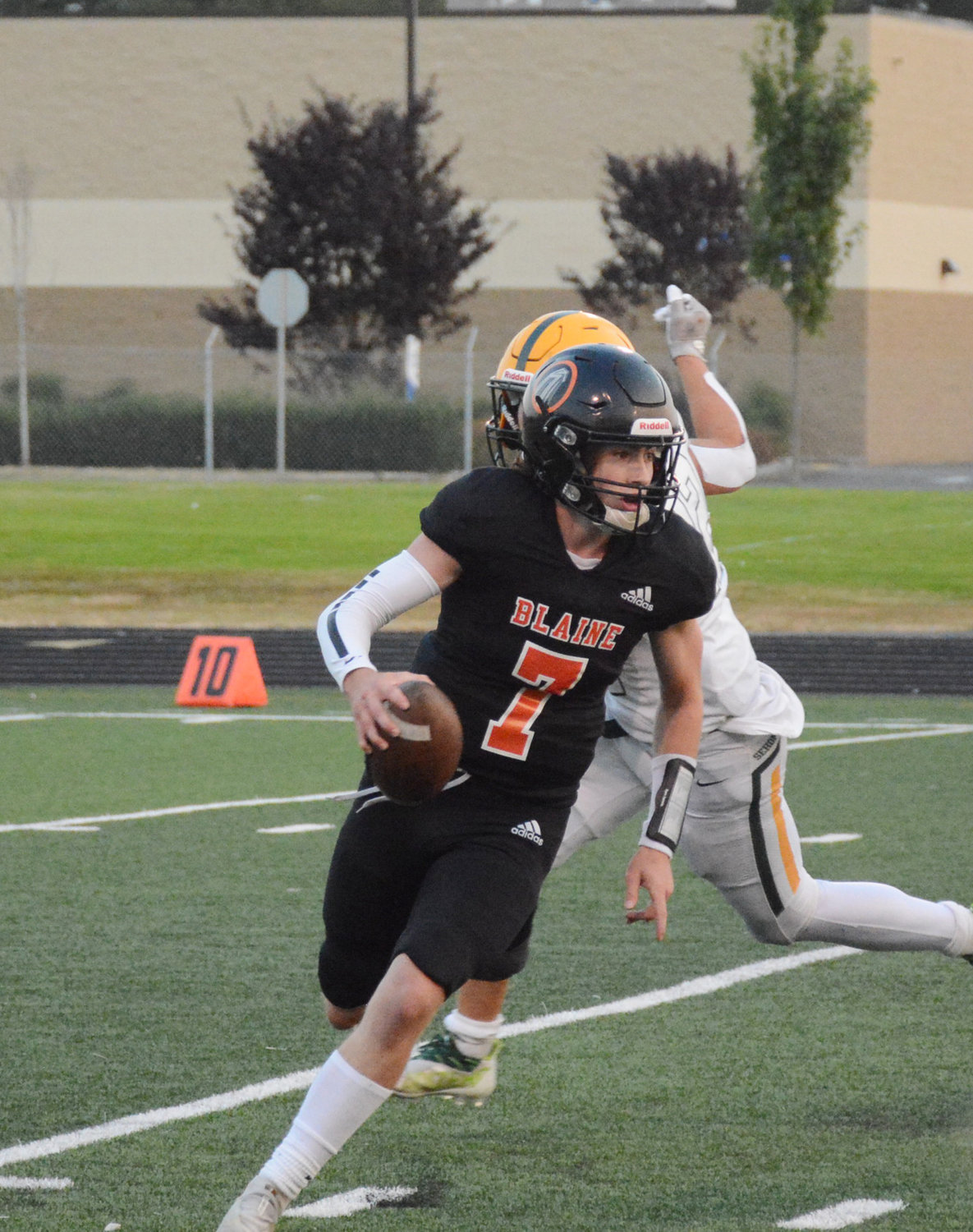 Senior quarterback Kael Evinger avoids the Mariner blitz and looks for a pass in the Borderites’ 49-6 loss to Sehome.
Photo by Ian Haupt 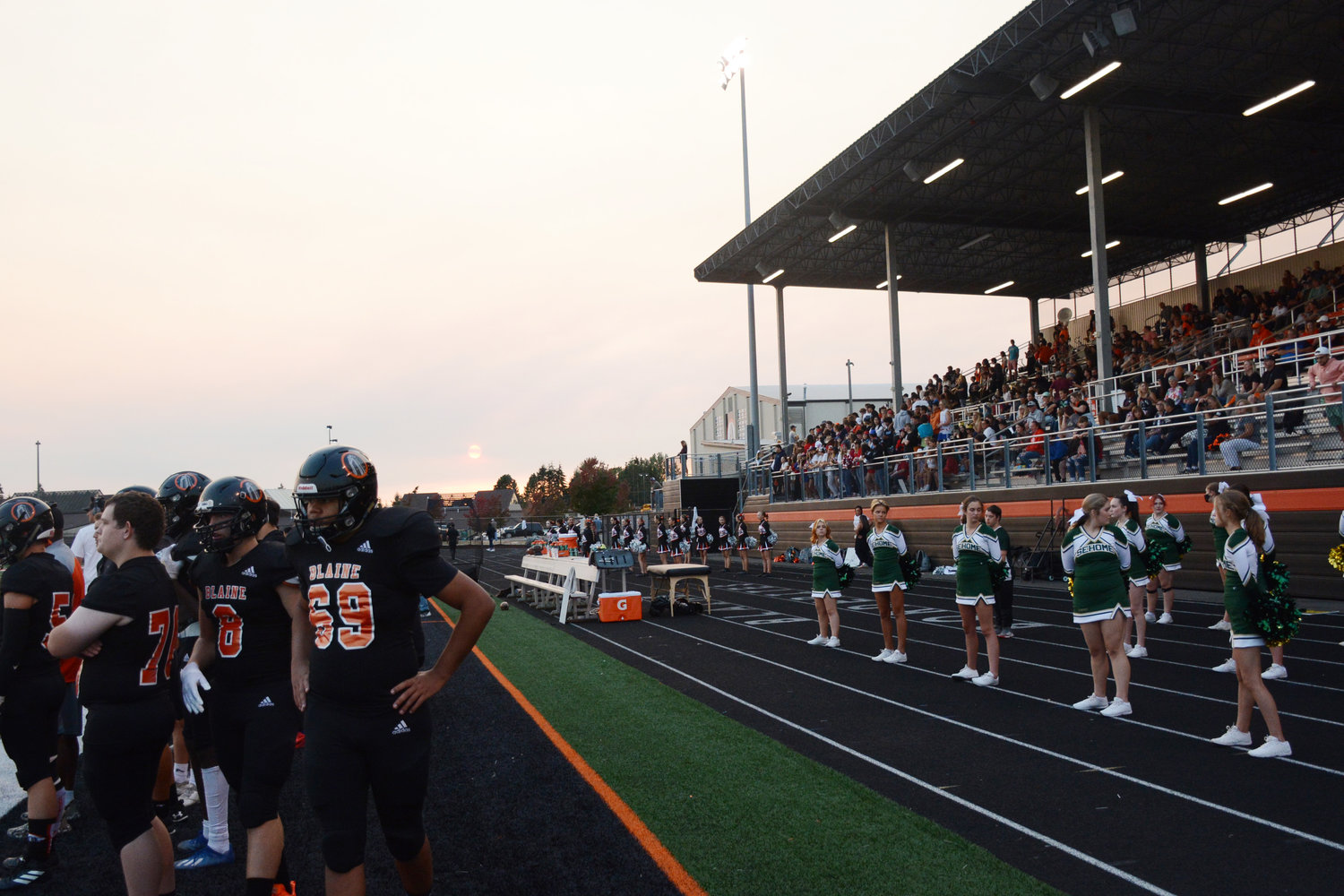 Sehome set the tone early in Blaine football’s home opener September 9 when sophomore Andre Watson returned the opening kickoff 86 yards for a touchdown. The Borderites would never fully recover and go on to give up six more touchdowns, losing 49-6.

Besides three consecutive 15-yard penalties in the second quarter and a run from senior Larry Creasey to get Blaine to Sehome's 25-yard line, the first half was all the Mariners. Stopping the Borderites, freshman quarterback Nolan Wright found 6-foot-6 senior Braddock Duckworth to take the Mariners into halftime with a 34-0 lead.

Blaine had a total of 72 passing yards to Sehome’s 212. Creasy had nine carries for a total of 17 yards.

Stats thanks to Whatcom Prep Sports.

The Lady Borderites lost to Sedro-Woolley 3-1 on the road September 6. The girls will host Burlington-Edison Thursday, September 15 at 4 p.m. and travel to Lakewood Monday, September 19 at 7 p.m. They are 0-1 so far this season.

Blaine lost 3-1 to Anacortes September 7 in its home opener. The team then traveled to Bellingham to face Sehome September 12 and lost in three straight sets. They were scheduled to play Ferndale at home September 14.

Boys and girls cross country will run next against Sehome and Lynden Thursday, September 15 at Lynden High School. They will then run against Bellingham and Mount Vernon Wednesday, September 21 at Lake Padden Park. Both meets start at 4 p.m.

Blaine’s co-op team with Ferndale has upcoming meets at Vanderzicht Memorial Pool in Oak Harbor at 4 p.m. Tuesday, September 20 and Forge Pool in Lynden at 3:30 p.m. Thursday, September 22. The team’s schedule can be found at bit.ly/3U5exL8.