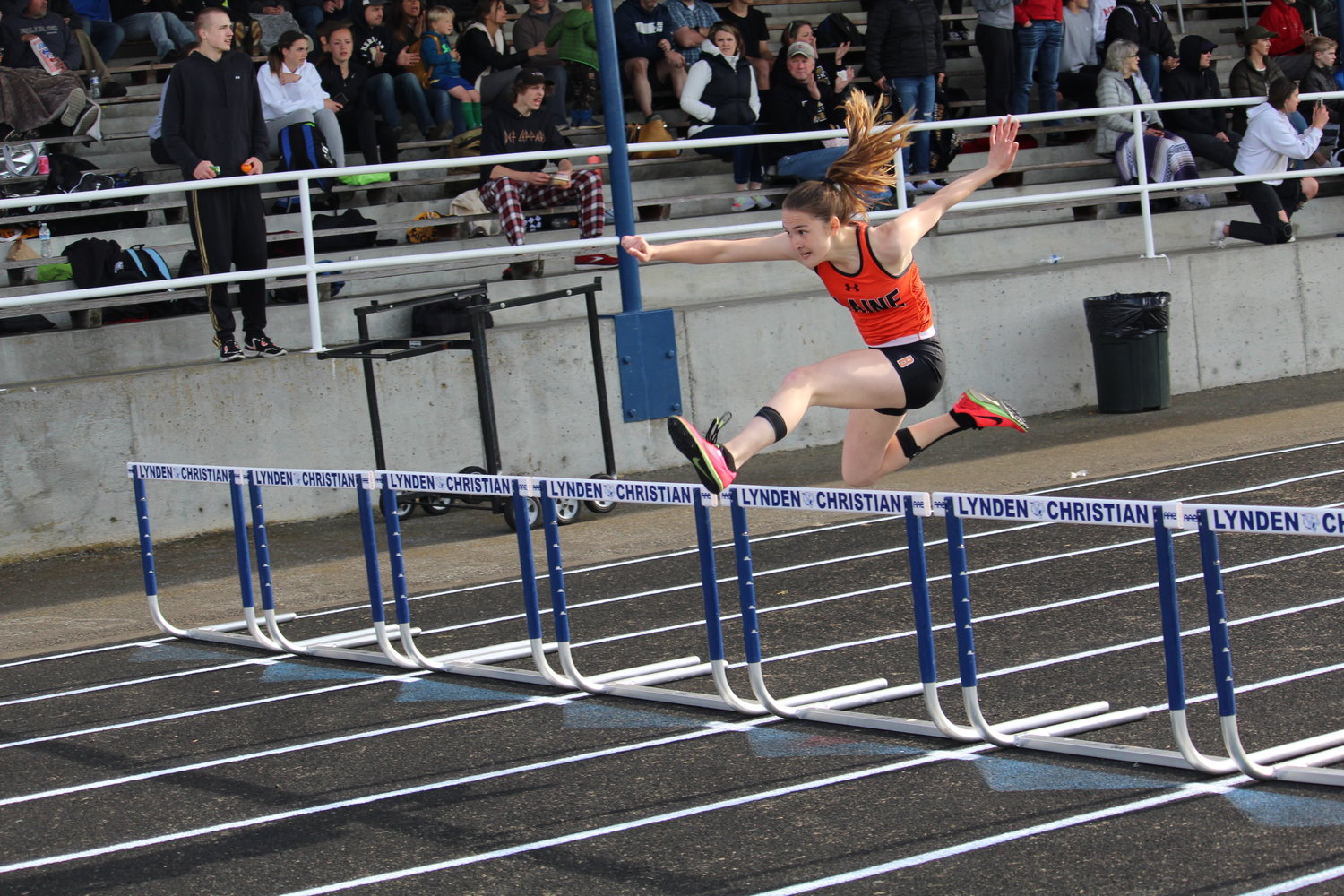 Eleeshiyah Faulkner in the 300-meter hurdles at the 1A district championship meet at Lynden Christian High School on May 13.
Photo by Molly Ernst 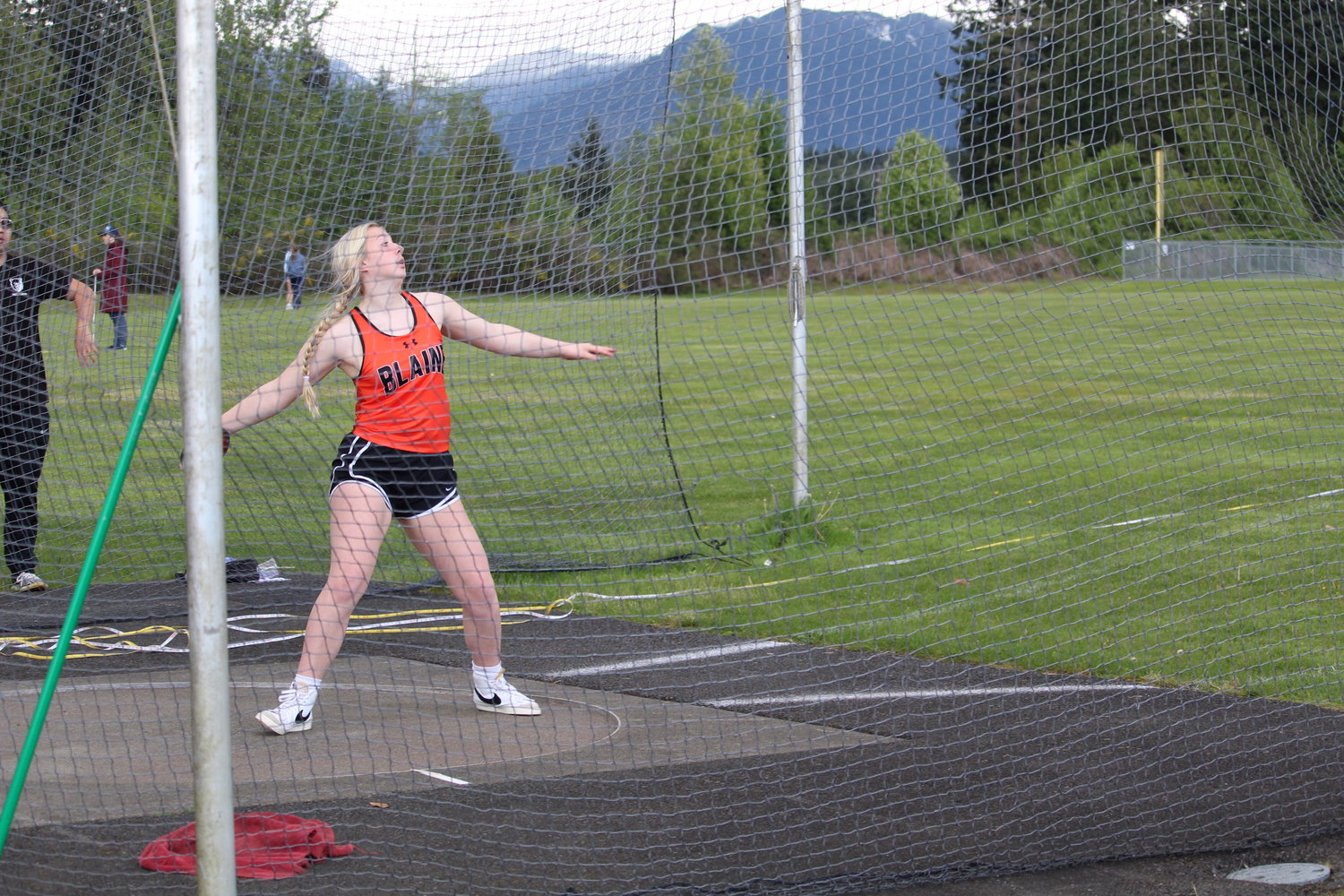 Deja Dube threw a personal record of 96’ 1” in the discus May 20 to take fourth and qualify for the state meet.
Photo by Molly Ernst
Previous Next
Posted Wednesday, May 25, 2022 4:57 pm
By Ian Haupt

Senior Eleeshiyah Faulkner broke the stadium record and her own Blaine High School record at the 1A district 1/2 championship meet May 21 at the Granite Falls High School track. She and sophomore teammate Deja Dube qualified in their respective events for the state meet at Eastern Washington University in Cheney May 26-28.

Faulkner won the womens 100-meter, 33-inch hurdles final in 15.55 seconds, beating second place by 0.8 seconds. She ran 16.32 seconds in her preliminary heat May 18. She will also be competing in the 300-meter, 30-inch hurdles after taking second in the district final with a time of 45.86 seconds.

Faulkner ran 45.01 her freshman year, taking third in the womens 2A 300-meter hurdles state final. That year, she ran 16.06 for the 100-meter hurdles in the bi-district prelims.

Faulkner said she hasn’t felt the same since her freshman season. With the pandemic and jaw surgery impeding on her sophomore and junior years, Faulkner missed a season and wasn’t fit to train for another. This season, she said she was just trying to improve her past times.

“I knew I wanted to break my own record,” she said. “It was really hard to get here.”

Faulkner said she’s nervous about returning to state. Since she’s been there before, she said she’s set expectations. It’s a second chance with experience, she said.

“I’m really excited, and I just have all this support,” Faulkner said. “It’s kind of like a do-over.”

Dube will compete in the discus at state, after throwing a 96-foot, 1-inch personal record to take fourth in the bi-district final.

Head coach Gabe Bolton said it’s good to see Dube and Faulkner qualify, but he hoped more Blaine athletes would be going to the state meet. With a young team this season, Bolton said the track team has a bright future.