Adams River sockeye run: Travel 4 hours to a once every 4 years phenomenon 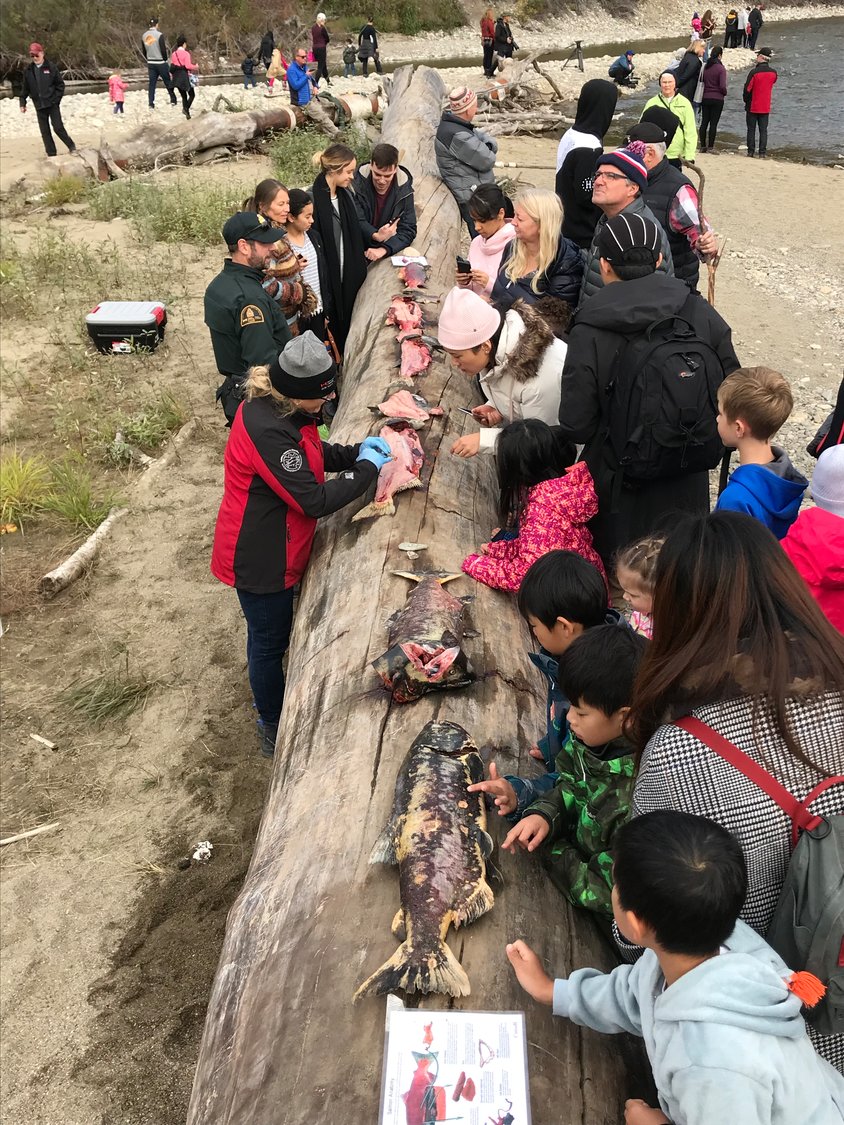 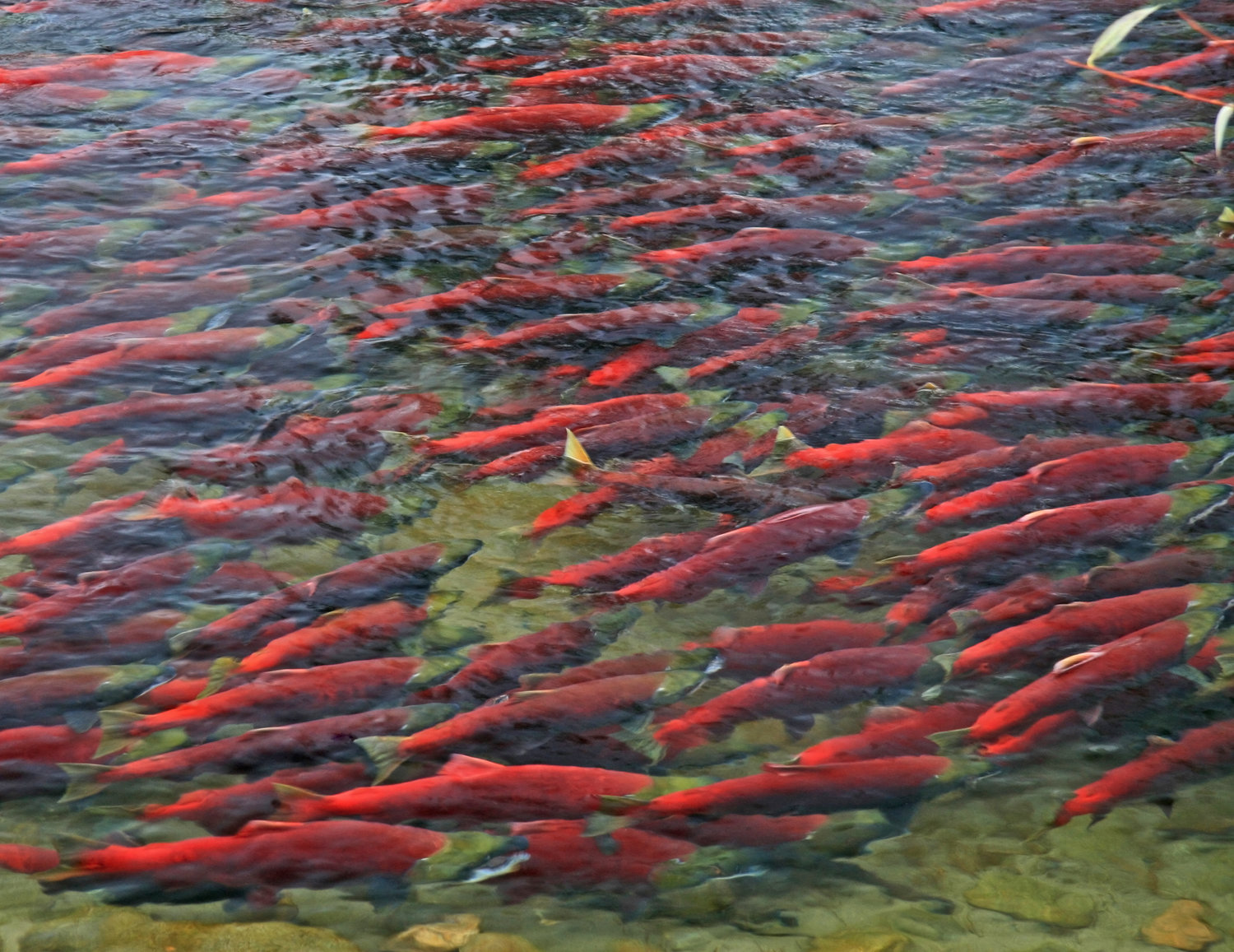 I call it the real riverdance.

Four million gorgeous natural acrobats, a six-mile performance runway of shimmering rock and sand and crystalline amber water, thousands of stately onlooking ancient spectators who delight in the annual dancers that come by so dependably.

The early October Adams River sockeye salmon run near Kamloops, B.C., is one of the greatest natural spectacles in the Western Hemisphere, a truly one-of-a-kind event beloved by its human neighbors and visiting spectators – and an unsurpassed opportunity to marvel at the power and beauty of nature.

The red-and-green sockeye, which in clear water look like bejeweled carnival celebrants, dash and dance, swirl and flash. Watching from shore is an experience I’ll never forget. Take your average July 4 fireworks show, multiply it a thousand times, and that’s a close analogy.

The water tumbles with whirlpools and cascades, an aquatic cyclotron.

There’s no sound but the river run’s rhapsody.

And the salmon court and mate while we watch, celebrating their own beloved festival.

All this is as accessible as any man-made attraction you can imagine: Paved roads lead to the park surrounding the river, splendid pathways lead to the riverbanks and viewing platforms offer ideal vantages. No trekking poles or hiking boots needed. (I wore flip-flops … Hey, I’m a middle-age white guy.) It’s not true wilderness, but it is a tongue of the wilderness reaching into civilization.

The whole show is so sensational and accessible that Canadians have created a festival to celebrate their seminal spectacle. This year, September 30 to October 23, they’ll have on-site interpretive naturalists, eight to 10 local artisans, another dozen food vendors, and representatives of the Little Shuswap First Nations Band, whose people have been celebrating and thriving on these salmon for thousands of years. This year, sockeye fans are expecting about 150,000 visitors, a pretty large number for a natural attraction involving fish.

The ichthyological facts are awesome:

• Each fall millions of salmon, mostly sockeye, run up the Fraser River into the B.C. interior, and on up to the Adams, a tributary to a tributary of the Fraser. Every four years, the so-called “dominant run” brings up to 4 million sockeye.

This year fisheries biologists are expecting 3.7 million – a number that may exceed, in this one small river, the entire total of natural salmon runs left in the Lower 48.

• The Adams is a short but fine and fruitful stretch of water between Shuswap Lake and Adams Lake, just six miles, or 10K. There is almost nothing but mountain wilderness in the watershed feeding the lake and river, so the flow is perfect in every way for salmon.

• This is the southernmost surviving large and “productive” (a human assessment) salmon run in North America. Many areas farther away, in Alaska and northern B.C., also host vast runs — but there is none whatsoever south of the Adams that represents more than a fraction of the former glory of Pacific salmon. The Columbia Basin, for instance, once drew 16 million to 20 million salmon a year. Now, it’s a half-million in a good year.

I don’t want to promote the Adams River by lamenting what’s been lost, but it’s appropriate to shade amazement with some perspective. A similar scene, for example, on a scale four times as large, could be seen for millennia at Celilo Falls on the Columbia, a jaw-dropping cascade now submerged by Bonneville Dam’s reservoir forever. Or, at least, until humanity’s successors come along and undertake whatever renovation nature demands.

Meanwhile, at the Adams, past glories live on.

First of all, the Fraser is one of the last North American rivers without a mainstem dam. Numerous proposals to change that have so far been blown up like suspicious suitcases, so the Adams sockeye need climb no fish ladders, brave no murky overheated reservoirs, dodge no tugs, powerboats or pollution.

“Then there’s the water quality in the Adams itself,” adds Ted Danyluk, lead interpretive guide for the Adams River Salmon Society. “Adams Lake is the sixth deepest in the world (1,500 feet). The water flows out of the lake cold and clear, and the river itself has enough fall that all the cascades make it rich in oxygen. The riparian zone keeps the water cold. There’s just the right amount of gravel for the spawning beds.”

Despite all those advantages, Danyluk urges visitors to recognize the effort it takes for the salmon to get here to their birthplace. They brave the North Pacific for three years, growing to maturity; find their way back to the Fraser and swim past one of the world’s great metropolitan areas, Vancouver; head up the Fraser to navigate a fearsome chasm called Hell’s Gate where the entire river surges through a bedrock defile just 115 feet wide; reach the Adams after traveling 1,240 miles.

“What an amazing story of endurance!” Danyluk marvels.

More than endurance, it is also a tale of nature’s grand design. The salmon both indicate and create a healthy ecosystem. Thousands of other wildland beings benefit from these anadromous fish and their devotion to their land and their story. Eagles, bears, ospreys and many more feast on the spawned-out fish. Their decaying bodies enrich the ground where the mighty trees root. The life-cycle rhythm is a song of and for the Earth’s journey around the sun.

Timothy Egan once defined “the Northwest” as anywhere salmon return to spawn, so the annual Adams adagio could serve well as Cascadia’s national anthem. “God keep our land glorious and free,” prays Canada’s anthem, and here is a grand spot to do just that.

Watch the fish, and I think you’ll have an emotional response to the ancient rhythm of life, death, birth and renewal. It brings tears to my eyes, honestly. Put your phone in your pocket and listen to the breeze and the waters. Take deep breaths of the brilliant air of the Monashee Mountains. Gaze upward in the tall cottonwoods, and you’ll understand why Tolkien’s wisest, most beloved creatures were the Ents of Middle-Earth’s Forest of Fangorn. “We must not be hasty,” declares Treebeard in The Two Tours. Hmmm. Do you suppose that’s an issue in modern civilization?

It would be meretricious to advise marveling at the Adams run without urging some perspective. This is likely the best place on this planet to witness the miracle of salmon, so please, go – it’s a four-hour drive from Bellingham – but go in love, not consumptive entertainment. Although humans believe we are mighty, we did not make this. We can only ruin it – or treasure it.