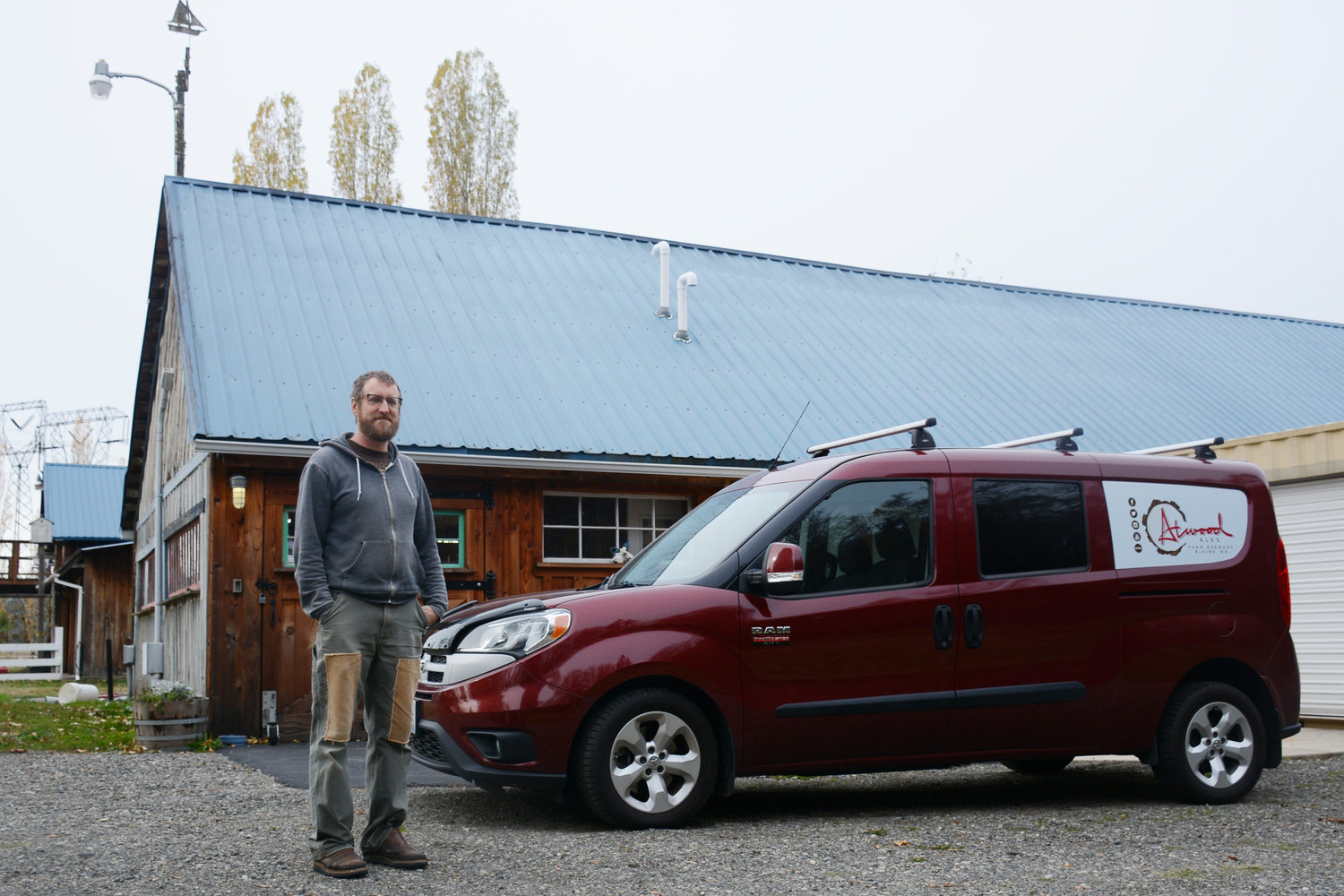 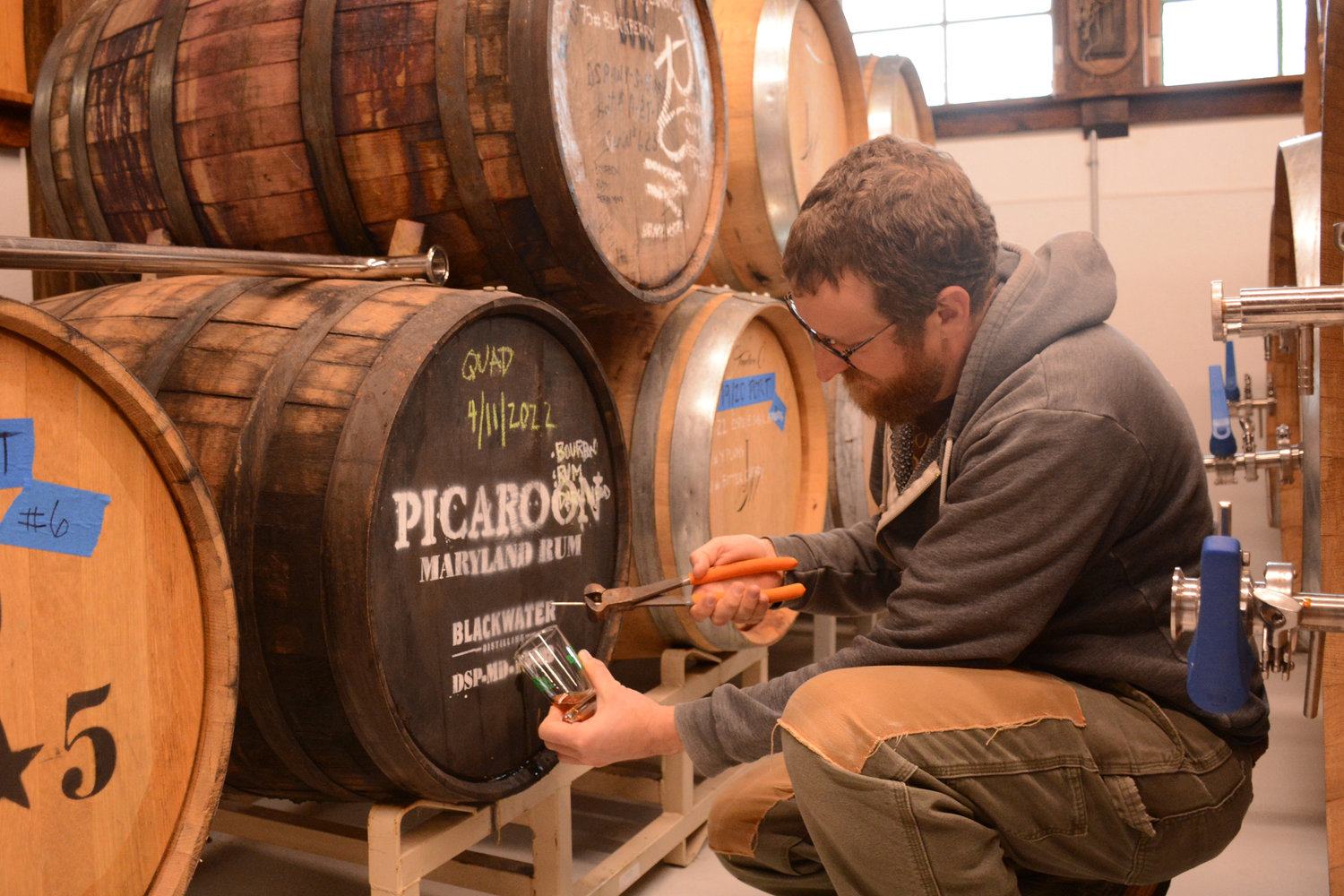 Atwood Farm Brewery offers wholesale and pickups on Saturdays until the end of the year.
Photo by Ian Haupt
Previous Next
Posted Tuesday, November 22, 2022 3:51 pm
By Ian Haupt

Josh Smith of Atwood Farm Brewery prefers to be in his dirty room.

That’s what he calls the brew room, on his family farm, on Sweet Road, where he mixes local and homegrown ingredients to make unique French and Belgian-inspired beers. The room has around 15 barrels. He takes the base beers, often ales or lagers, that he makes in his “clean room” and blends them with hops from nearby farms and specialty ingredients. Right now, he’s working on a batch that uses hardy kiwis grown at Five Elements Harvest on Stein Road in Custer.

Some batches he’ll pour out, saying brewing comes with a lot of trial and error.

Although not a fan of IPAs, Smith recently released Atwood’s first double IPA, Depression. Previous IPAs are called Denial and Anger. Smith said he’d rather brew and drink saisons, like the brewery’s Vers L’Ouest, Cones of Uncertainty and Competitive Walking. He said he likes the dryness and variety of flavors each beer can offer.

When drinking the Competitive Walking, there are two rules. One: Don’t set it down until empty. Two: “Drink this beer while engaging in friendly competition, including but not limited to: Sports, lawn games, board games, crossword puzzles, speed reading, staring contests or debating what show to stream,” according to the brewery’s website.

The brewery is open 1-4 p.m. most Saturdays until the end of the year for retail sales and barn-side pick up.