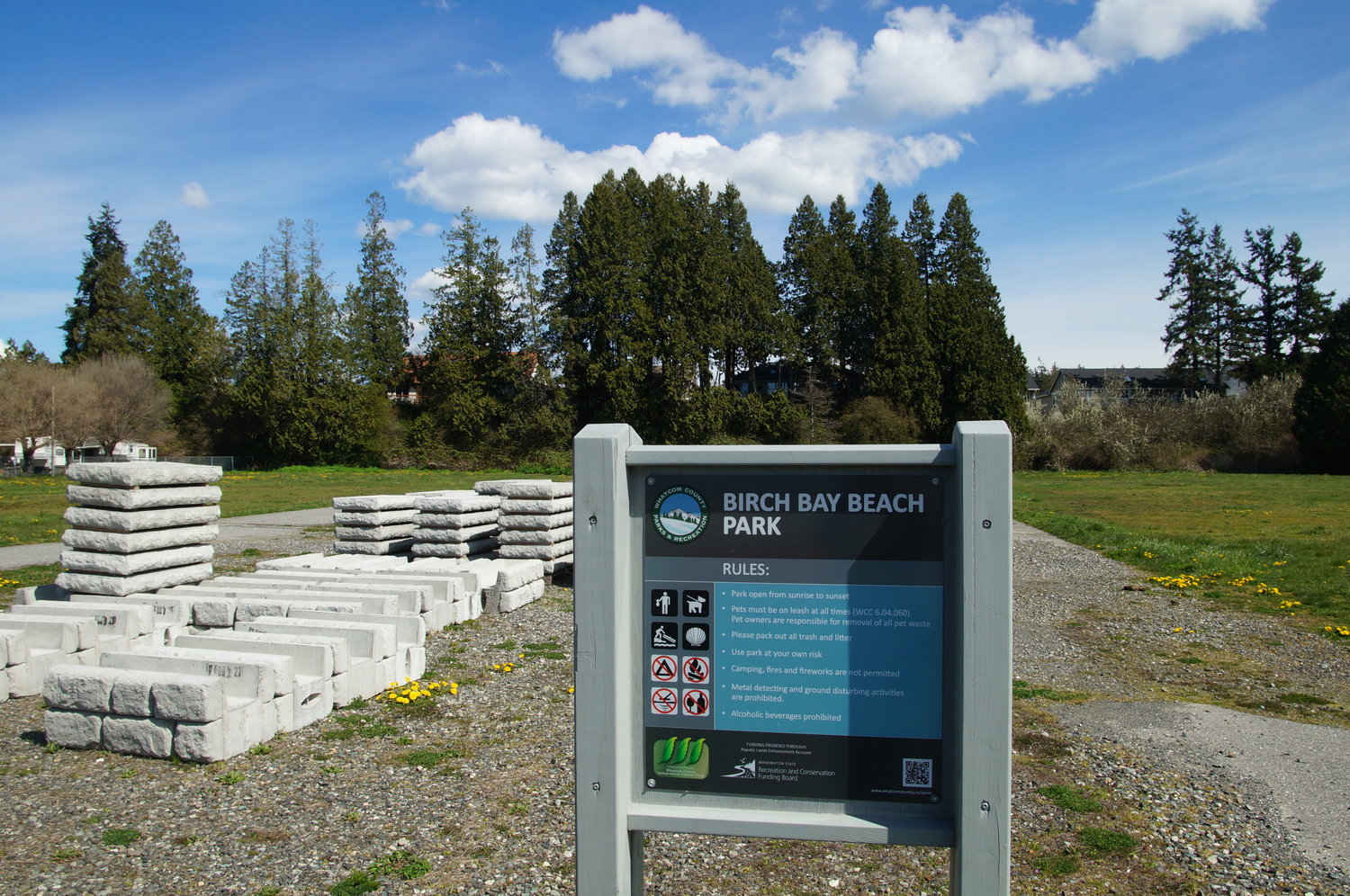 Birch Bay Beach Park was slated to be finished by June but delays have pushed it back to fall.
Photo by Hannah Cross
Posted Wednesday, May 11, 2022 4:37 pm
By Hannah Cross

Improvements to Birch Bay Beach Park were slated to be finished by June but unforeseen delays have pushed this projected completion to fall.

Whatcom County Parks and Recreation director Mike McFarlane said he had hoped to be further ahead in this project. “The delays are primarily with timing, contracts and materials,” he said. “We also had to delay the project after the flooding in the fall last year and had to focus our efforts on flood damage recovery in neighboring areas.”

McFarlane said they planned to start removing hazardous materials and putting up fencing structures. “Whatcom County Public Works will work with us to make sure the asphalt on our pathways match the walking pathways that already exist beside the bay.”

He also said since landscaping will have better results when done in the fall, the park will open to the public shortly after that last step is completed.

Blaine-Birch Bay Park and Recreation District 2 director Ted Morris said the park will be a good asset to the community. “It will be good to have an accessible community park in the center of Birch Bay,” he said.

Morris said Birch Bay State Park has been the only large day-use park in the area for a while. He also said the new park will provide community members with another option for accessible recreation.

“I think Birch Bay Beach Park will be a destination park perfect for community events,” he said. “The improvements will provide public restrooms, parking, picnic shelters, an amphitheater and a play field for recreation.”

Birch Bay Chamber of Commerce event coordinator Sacha Sanguinetti said due to a number of varying circumstances over the past couple of years, the park has been unavailable for the chamber to use for events. He also said the chamber may not be able to use the location for future events unless event fees are reduced.

“The fees to hold these community events at the park have skyrocketed,” Sanguinetti said. “They are not realistic for us, so we are having to pivot and produce our events in a different manner.”

He said once the work is completed, the community will have a wonderful new park to enjoy, with amenities that have been needed in the bay for quite some time – restrooms and additional parking being the big ones.

“With regards to community events, we’d like to be able to utilize the Birch Bay Beach Park in the future,” Sanguinetti said. “But it’s ultimately going to rely on whether or not we can negotiate a more reasonable fee structure.”

Sanguinetti encourages anyone interested in the project to check out the planned improvements on the Whatcom County Parks and Recreation webpage at bit.ly/3jNxtNu.