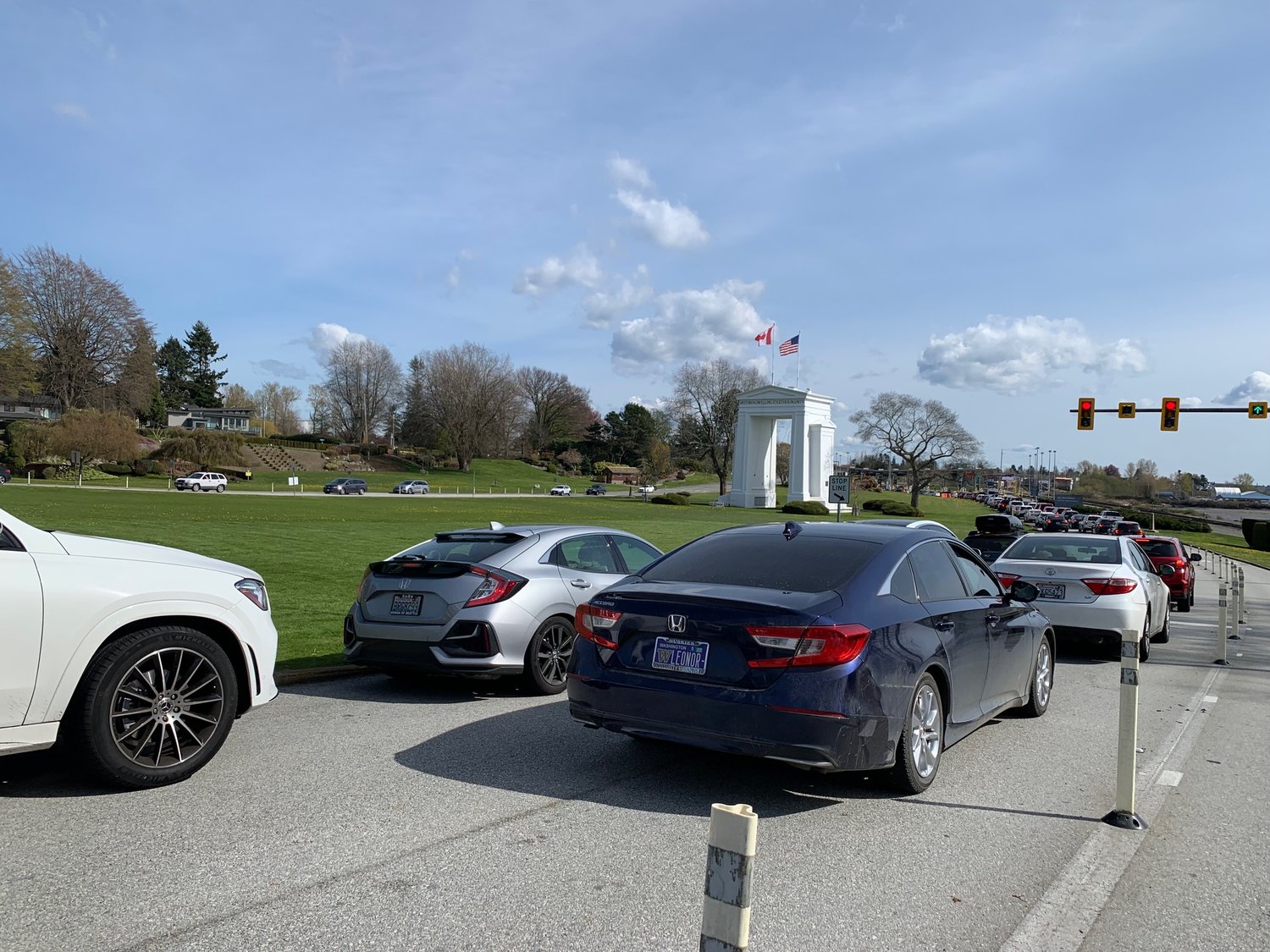 The Canadian government stopped requiring proof of a negative antigen test for fully vaccinated travelers to enter Canada on April 1. The first day of the dropped restrictions saw the highest number of passenger vehicles moving north and southbound through Whatcom County ports of entry, at 15,693. Friday through Sunday of Easter weekend trailed closely behind, with 15,348 to 16,202 travelers per day, according to Cascade Gateway Data compiled by Whatcom Council of Governments.

Traffic has increased since the restrictions were loosened.

Prior to April 1, March 18 had the highest number of passenger vehicles traveling through Whatcom County so far this year, at 7,816. The Peace Arch border crossing in Blaine has seen the highest traffic volume of all ports of entry in the county and Pacific Highway crossing followed in second, according to Cascade Gateway Data.

Brant Baron, owner of Mail Boxes International, said the Canadian government dropping the antigen test has been helpful to his parcel store reliant on Canadians.

“It’s been a big help to our business,” he said. “Traffic in the store has improved fairly substantially, which we’re very grateful for.”

Although not a substantial increase, Baron has seen more packages leave his store than be delivered since April 1, something that didn’t happen during the border shutdown.

However, Baron said the business faces pressures from inflation and staffing challenges that is compounded with the fear that border restrictions could quickly be added again.

Easter weekend didn’t bring an influx in customers, which Baron attributes to the long border wait times that stalled vehicles up to four hours.

The store is getting closer to normalcy as it’s been able to add Saturday hours and extend closing to 5 p.m. Baron said he believes it will take the store a while to fully resume pre-pandemic business because of unvaccinated customers and people adjusting to Covid-19 changes, such as ArriveCAN being required to enter Canada.

“I believe there’s going to be a period of time to be built up to the business we were before Covid,” Baron said. “We’re just thankful to see things move in the right direction.”

Sukhwant Gill, who owns the Shell and Exxon gas stations on D Street and Blaine Mart convenience store, said he also hasn’t seen the number of regular Canadian customers return to pre-pandemic levels. He said he believes there’s still confusion on crossing the border because of ArriveCAN and rules concerning unvaccinated children.

“Those things scare people,” he said. “People are coming, but not everyone like before.”

Gill is seeing the difference in fuel and grocery numbers. He’s catering to one out of every five customers who visited his gas stations before the border closed to nonessential traffic. Gill used to pump 10,000 to 15,000 gallons of gas per day but has only been pumping 2,000 gallons per day this month. Gill’s gas stations are  selling 5 percent of the milk they used to, a lot of which he said is no longer purchased in bulk because people are uncertain about border restrictions.

“Our business is dependent on regular customers, and not travelers,” Gill said. “We’ve been suffering for two years and didn’t get much help.”

Blaine Welcome Center volunteer Carroll Solomon said Easter weekend created a busy atmosphere in downtown Blaine. About 20 people visited the welcome center daily on April 15 and 16, while the center was lucky to have a handful of visitors earlier in the year.

“It was rare to see a Canadian coming through because it was so difficult coming back and forth,” Solomon said. “I think this is only the beginning.”

Of those visiting the center, Solomon said half were Canadians stopping in Blaine before traveling south and the others were Lower Mainland residents checking out everything that has changed in Blaine.

“The general comment was they’re so happy to cross the border and wanted to explore Blaine and see what was new,” she said. “They felt like things were more normal than they had been in 2.5 years and they were happy with that feeling.”