Blaine Chamber of Commerce asks for city support after successful 2022 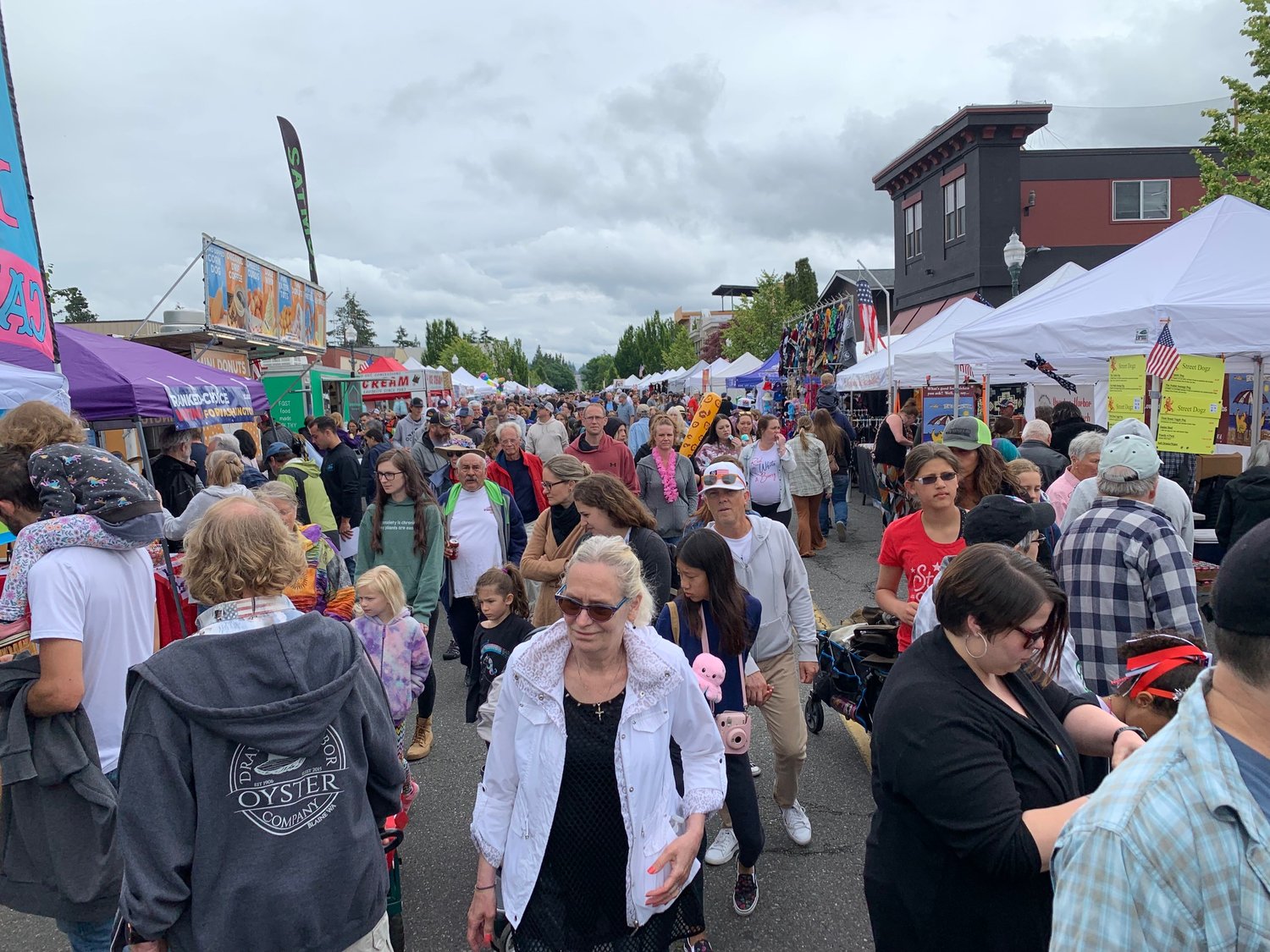 According to the chamber, the biggest events were the Old Fashioned Fourth of July with 12,000 to 15,000 attendees, Wings Over Water Northwest Birding Festival with 3,000 attendees, oyster festival with 2,000 attendees, and the art tour gala and Holiday Harbor Lights both with 500 attendees. The farmers market also attracted 500 people monthly.

“In 2022, we had a record year for events,” Woodard said at the meeting. “We’d like to continue that and grow further.”

Woodard asked council to consider future approval of additional traffic control, police and emergency medical services for events expected to have over 500 people. The chamber experienced several incidents that needed more patrol including vendors who didn’t get along and drivers passing street barricades, Woodard said.

“We’ve had a few close calls with individuals who have slipped or tripped. We had an incident in December when a little child was burned,” Woodard said. “Things like that make us worried and [we want to] make sure we provide a safe environment for the public.”

Mayor Mary Lou Steward said she was surprised to realize there wasn’t a first aid station when she was helping a child who fell during the Fourth of July festival.

Blaine police chief Donnell Tanksley said all Blaine Police Department (BPD) officers are required to work on the Fourth of July. Tanksley said he requested assistance from Washington State Patrol, which oversees Peace Portal Drive, but was denied assistance. “It is a struggle,” he said.

Blaine’s Auxiliary Communications Service (ACS), a volunteer group trained to help BPD during special events and emergencies, helps police during the Fourth of July. The group works as flaggers even though they aren’t certified, he said, adding ACS has fewer volunteers now.

Jonathan Ahrenholz, North Whatcom Fire and Rescue (NWFR) division chief of operations, said after the meeting that there’s no set number of expected attendees to trigger additional NWFR staffing for an event. Instead, the district decides whether to attend based on past events and the number of calls associated with those events.

NWFR typically has a vehicle on both ends of Blaine’s Fourth of July parade but wasn’t able to attend in 2021 or 2022 due to lack of personnel. Ahrenholz said NWFR hired five firefighters in the fall and has another five going through training now so it will almost be fully staffed by July.

“We’re open to having a presence in the community,” he said. “If someone requests us, we’ll typically go out there.”

Woodard also asked for the chamber’s executive director position to increase from part-time to full-time. Woodard said the director spends about 70 percent of their time planning city events, 20 percent managing the Blaine Visitor Information Center and 10 percent on chamber activities. He said executive director Sheila Wood will be leaving the chamber this month and they will soon be looking for a new director.

“Think about the return on investment we get on city funds from the very small line item that we are, what it creates, and that knock-on effect it has with other city businesses,” chamber vice president James Danger said.