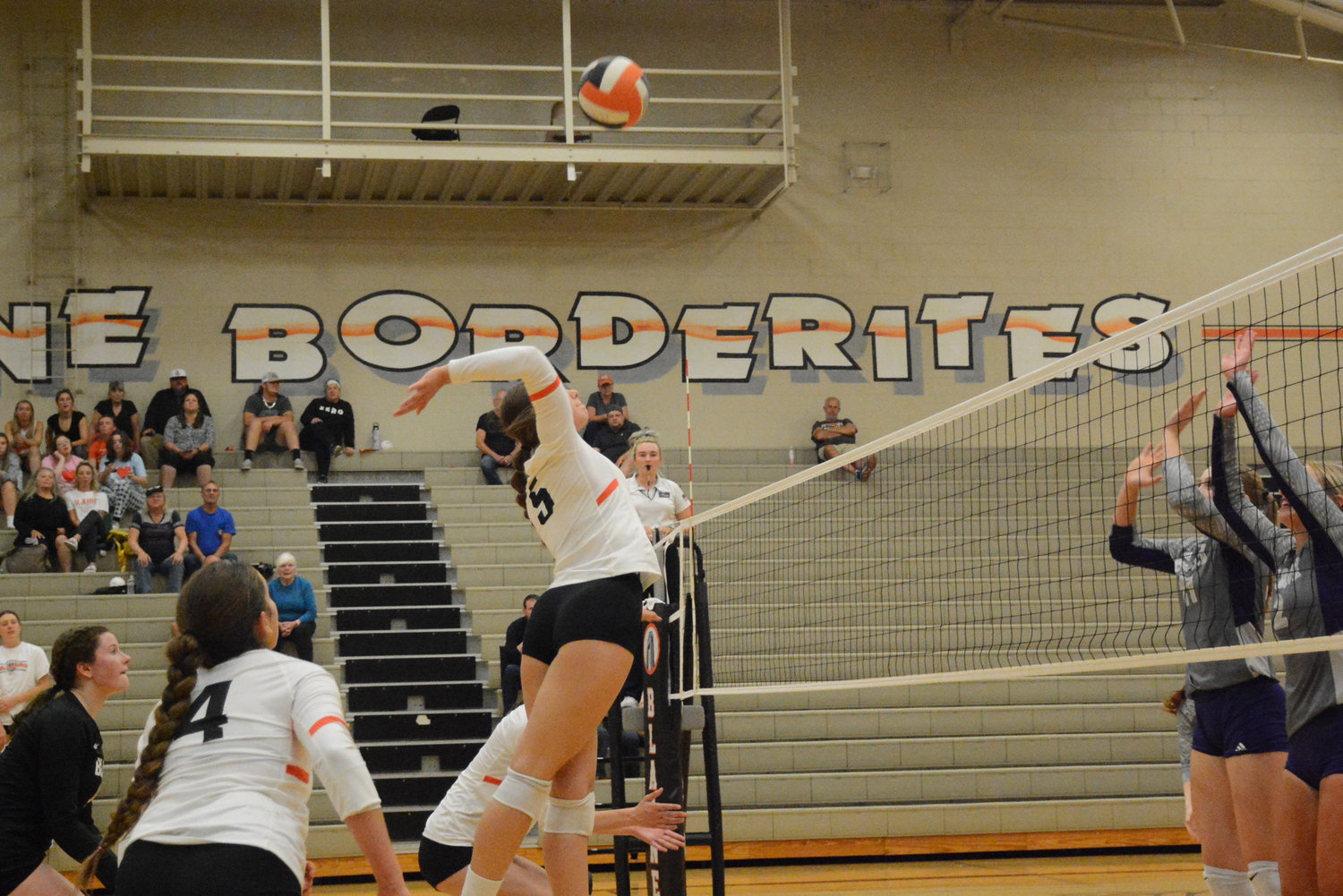 Hope Weeda goes up for a spike in the Lady Borderites' 3-0 loss to Nooksack Valley on September 26.
Photo by Ian Haupt 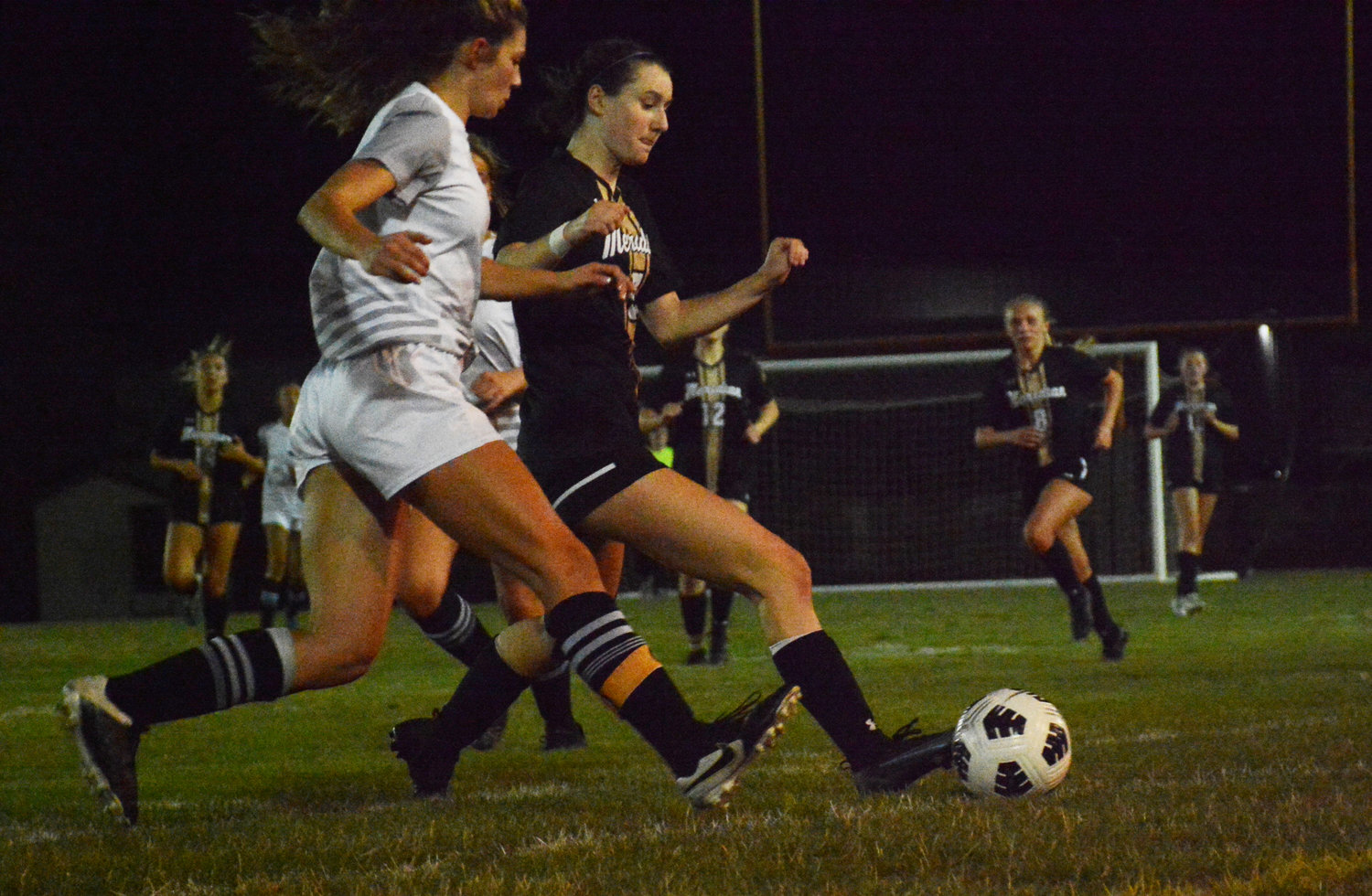 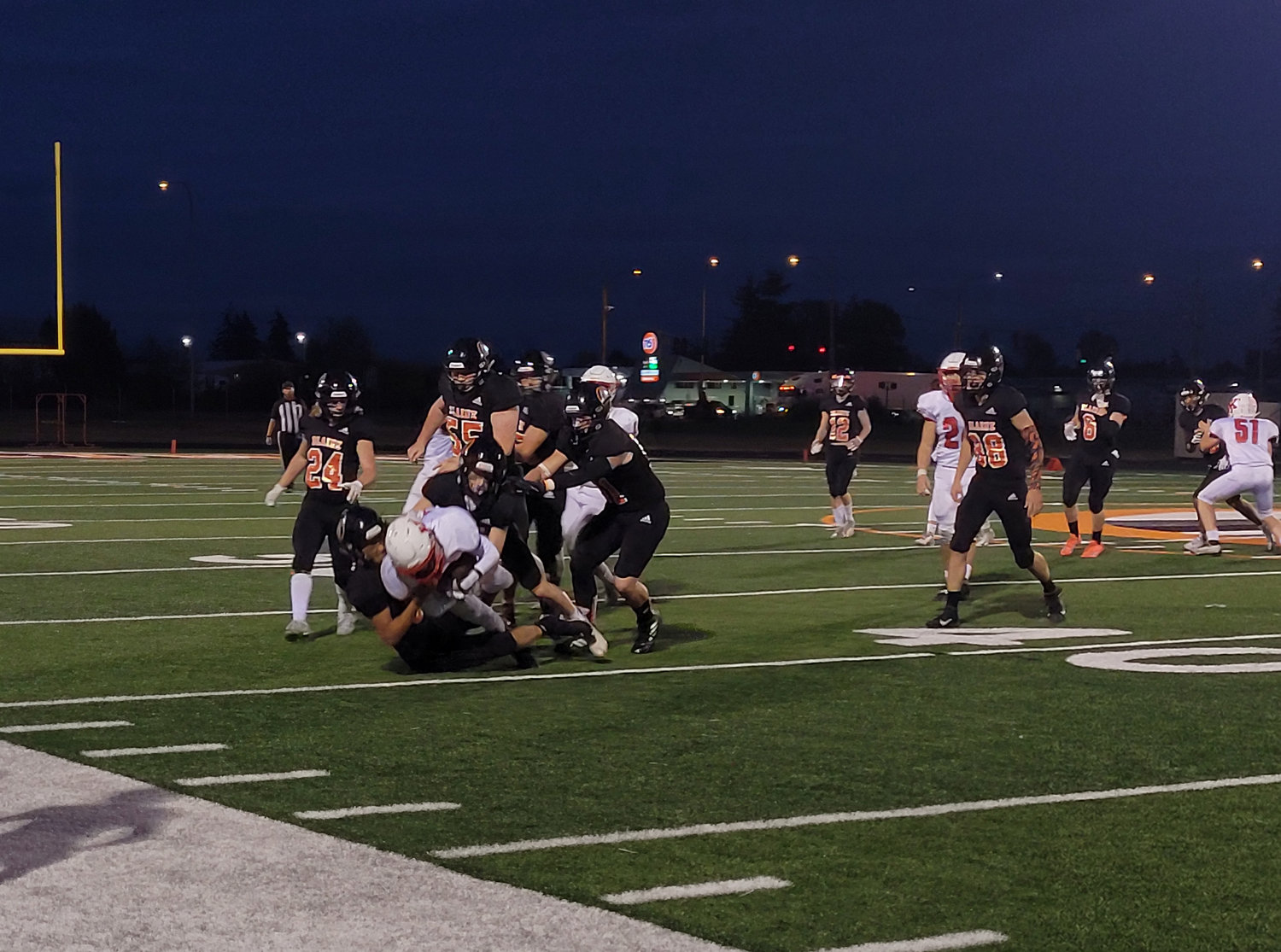 The Borderites lost 51-6 to King’s on September 23 at the Blaine High School stadium.
Photo by Mia Thukaram 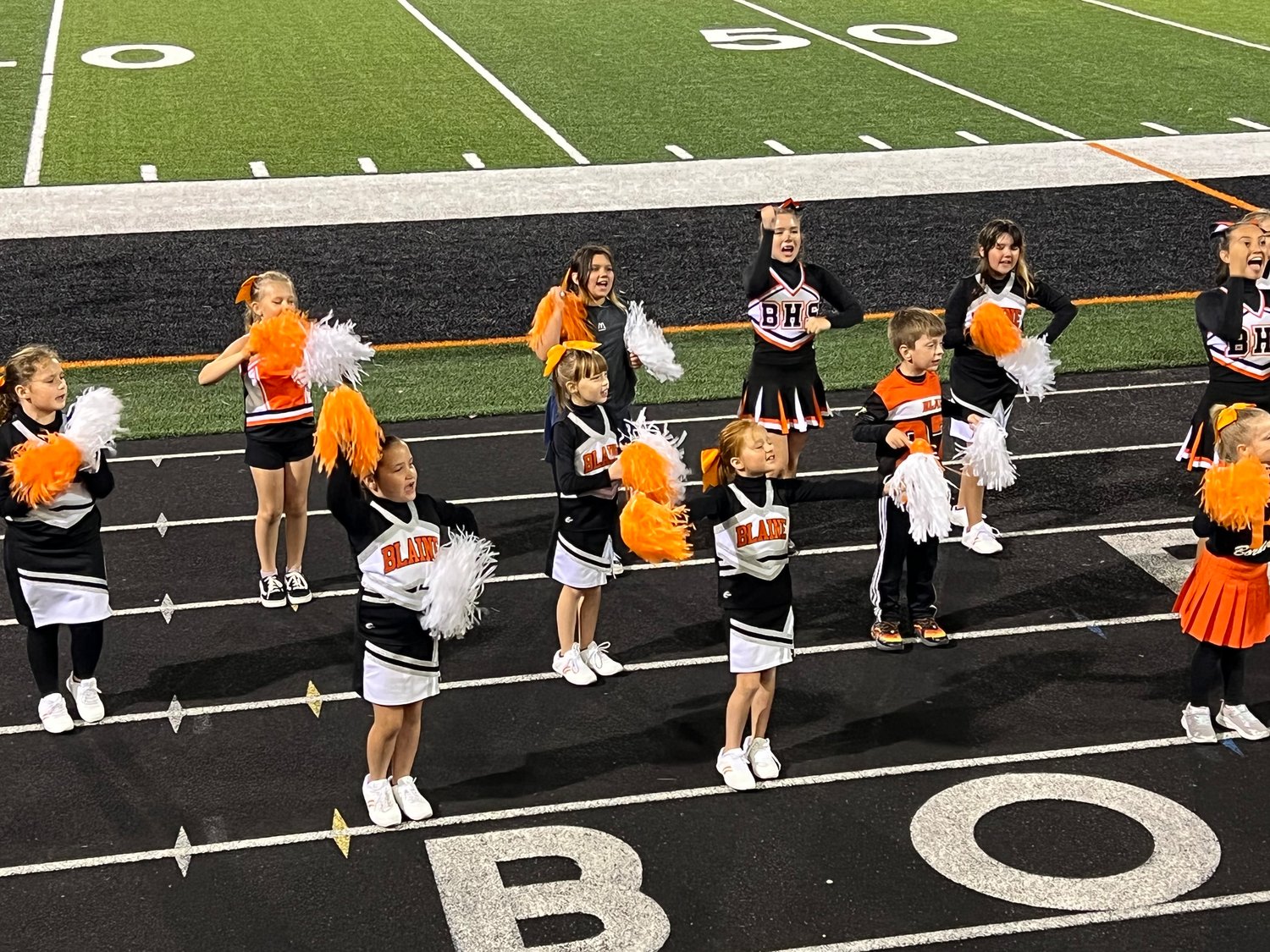 The Borderites lost 51-6 at home September 23 to King’s High School, who came out of the gates flying. Scoring three touchdowns in the first quarter, the Knights had a 31-0 lead at halftime.

Blaine grabbed a touchdown in the third quarter after senior quarterback Kael Evinger completed four passes in a row, finding junior Conner Dalry with the fourth. Dalry took it 15 yards to put the Borderites on the board.

Blaine begins conference play at its homecoming game against Mount Baker Friday, September 30 at 7 p.m. Blaine is 0-4 this season.

Blaine girls soccer won its first conference game of the season at Meridian September 28. The Lady Borderites grabbed the lead in the closing minutes of the first half after senior Ava Curtright turned in sophomore Juliana Zuzarte’s header from a corner kick. The goal stunned the Trojans who had controlled the majority of possession in the first half.

Head coach Gio Quesada said the team went into the game trying to play good soccer and match up with Meridian’s physicality. He said Meridian dominated in the first half, but the second half was even.

Blaine held onto the one goal lead with a strong defensive performance in the second half, and composed outing from sophomore goalkeeper Larissa Pluschakov.

“Sometimes you’ve got to play defense,” Quesada said. “It was an intense game.”

The girls host Lynden Christian Thursday, September 29 at 7 p.m. and then travel to Nooksack Valley Monday, October 3 at 4:30 p.m. They are 2-2 this season.

Blaine lost at home in three straight sets to Nooksack Valley September 26 but didn’t make it easy on the Pioneers.

Down by 10 in the second set and having lost the first, head coach Jacquie Wilskey told her team to take responsibility and step it up. And they did. The Lady Borderites led the majority of a hard-fought third set that consisted of multiple long rallies going to each team. It eventually ended 25-23.

The team travels to Sedro-Woolley Thursday, September 29 and then hosts Bellingham Monday, October 3.

Boys and girls cross-country ran against Bellingham and Mount Vernon September 21 at Lake Padden Park. They run next at Pipeline Fields in Blaine Wednesday, October 5. Meets start at 4 p.m.

Blaine’s co-op team with Ferndale will compete at the Northwest Conference Invitational meet at Vanderzicht Memorial Pool in Oak Harbor Saturday, October 1 at 11 a.m. The team’s schedule can be found at bit.ly/3U5exL8.