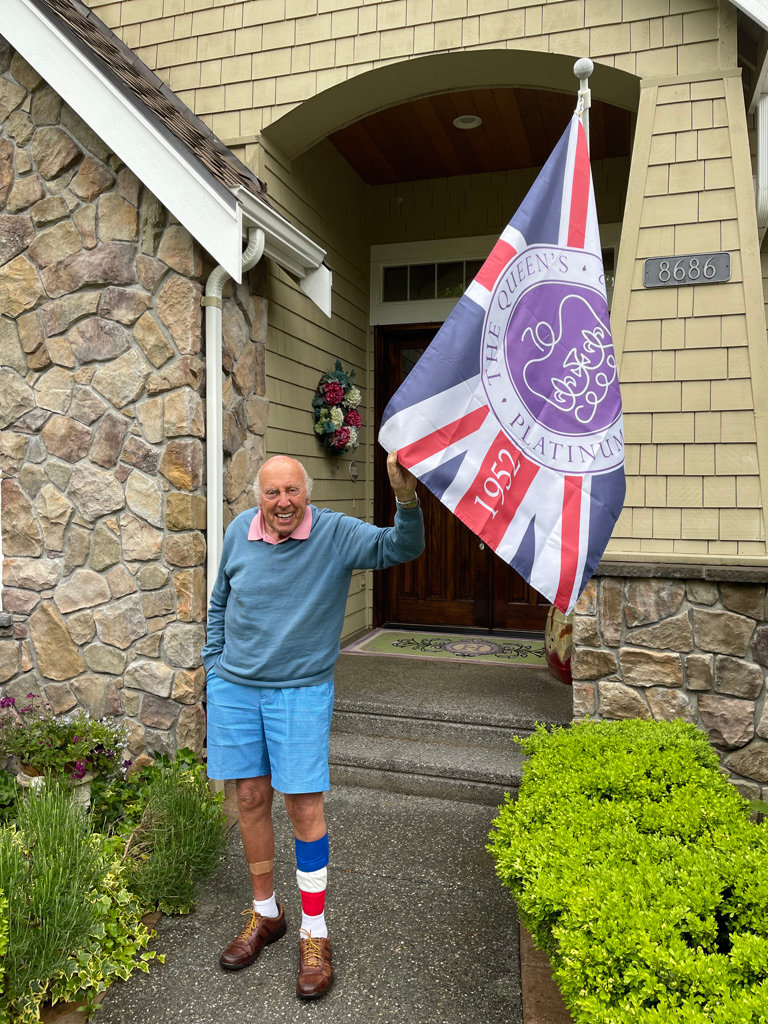 Trevor Hoskins, 88, at his Semiahmoo home with a flag celebrating Queen Elizabeth II’s 70th jubilee anniversary. Hoskins, who is now a U.S. citizen, was part of a Royal Air Force (RAF) squadron that marched at the queen’s coronation in 1953, immediately following the death of her father. Hoskins said he was very fortunate, because his RAF squadron was due to leave for Korea two weeks previously, and then the armistice was signed. However, he did go to the demilitarized zone in Korea, 42 years later, as a passenger in the forward gun position of a U.S. Black Hawk helicopter. This was as part of a delegation to attend a southeast U.S. conference with Japan and Korea in 1995, during the time he was senior vice president of Bridgestone Corporation. Although it was an honor to be selected for the coronation, Hoskins said the conference was a better experience because during the coronation they marched for miles, sometimes in pouring rain, through the streets of London.
Photo by Rebecca Connolly
Posted Wednesday, June 8, 2022 3:09 pm