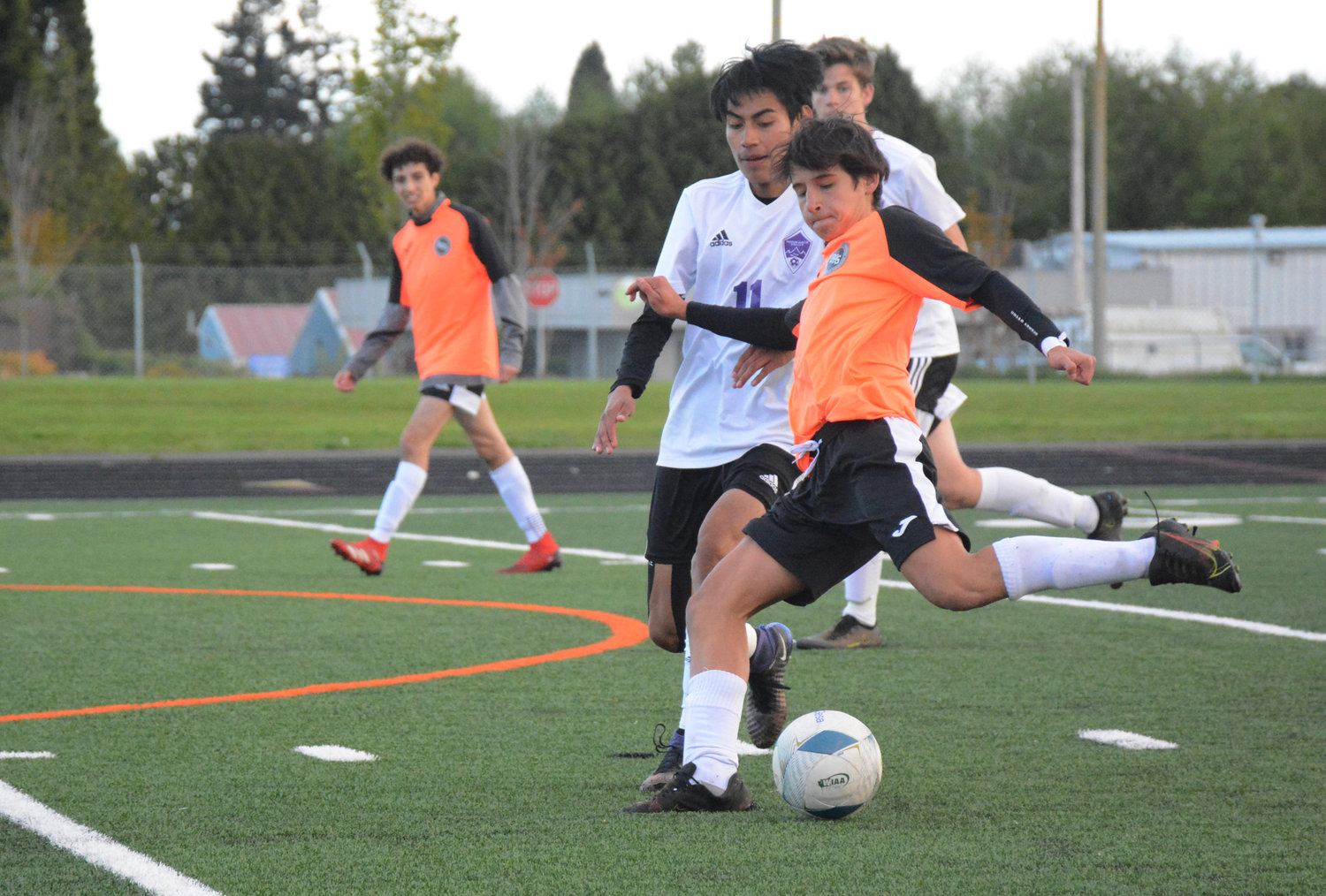 Two goals in the first 25 minutes were not enough to save Blaine’s boys varsity soccer team season. Although the Borderites dominated possession of the ball in midfield and kept the pressure on into the second half, Nooksack Valley staged a shocking comeback that culminated with a golden goal early into overtime.

From the whistle, the Borderites moved the ball well and put pressure on the Pioneer defense. They pressed Nooksack whenever they lost possession and found space out wide to get in behind their defense. In the eighth minute, Alessandro Rangel beat the Nooksack keeper to a through ball and slot it by him, the ball glancing the near post on the way in.

With the 1-0 lead, the Borderites looked confident and likely to get another while the Pioneers just tried to get out of their own half.

While freshman midfielder Max Yuryev controlled the pace of the game, senior captain and center back Preston King drove through the midfield. Twenty-four minutes in, King bundled home a loose corner that bounced in the 6-meter box. The scorer had won the corner after he smoothly controlled the ball and volleyed it out of the air, which was deflected out for the corner.

It’s a cliché in soccer that a 2-0 lead is the most dangerous. The main culprit? Complacency.

Head coach Gio Quesada said it came down to momentum, emotion and inexperience. Quesada said he thought the team played very well and had a lot of discipline in the first half, but lost it in the second.

“You need to play two halves the same way to get to the next level,” he said.

In the 48th minute, Nooksack got one back on the counter with a forward beating sophomore goalkeeper Sam Stiles to a ball in behind. The Pioneers equalized less than 20 minutes later as a forward broke through the Borderite defense and buried a shot past Stiles. Since pulling one back, Nooksack had looked dangerous with long balls over top, and full support from the traveling fans.

Blaine looked panicked. They continued to control possession and began to move the ball quicker in the offensive half. Blaine fans grew louder now that their team’s season looked in jeopardy.

Both teams had chances to win the game in the closing 10 minutes, but neither took them. Two minutes into overtime, Nooksack had won it with a golden goal, the first goal scored in overtime that ends the game

To compare the game to Manchester City’s exit from the Champions League would only be slight flattery.

The Borderites beat the Pioneers 4-1 at Nooksack in the beginning of the season.

“When you lose, there’s a lot to learn from,” Quesada said he told the team after the game.

He said the team lost their shape and discipline in the second half. Once a team gains that kind of momentum, it’s difficult to stop, he said. With only two seniors on the team, Quesada said he’s seen a lot of improvement from the players and hopes they come back to play next year.

“I’m very proud of this team,” he continued. “It’s a really young team so there’s a lot of potential. The team really fulfilled my expectations. I think we’ll come back stronger.”