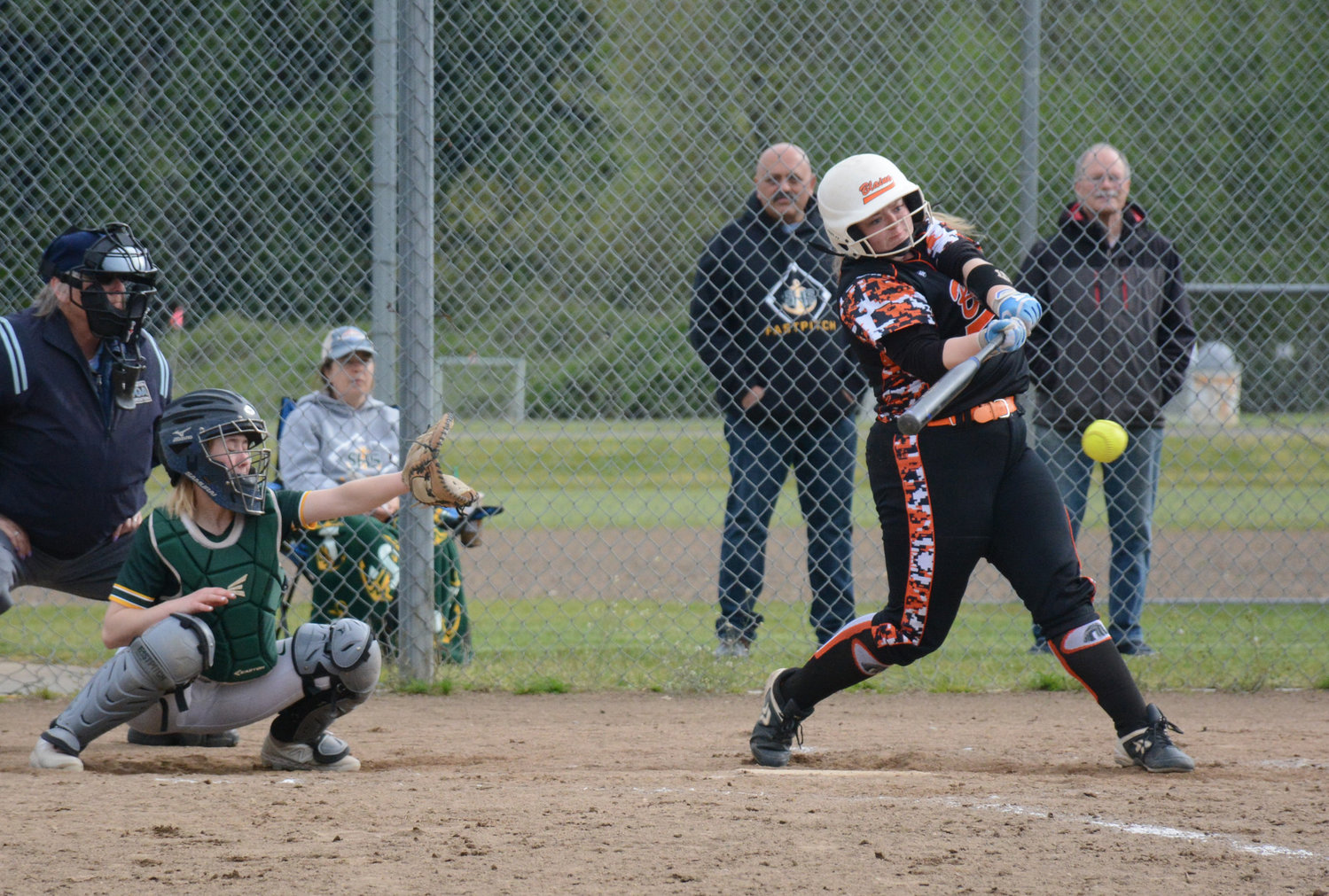 Makenna Wright at bat in the Lady Borderites' 13-1 win over Sehome May 11 at Pipeline Fields.
Photo by Ian Haupt 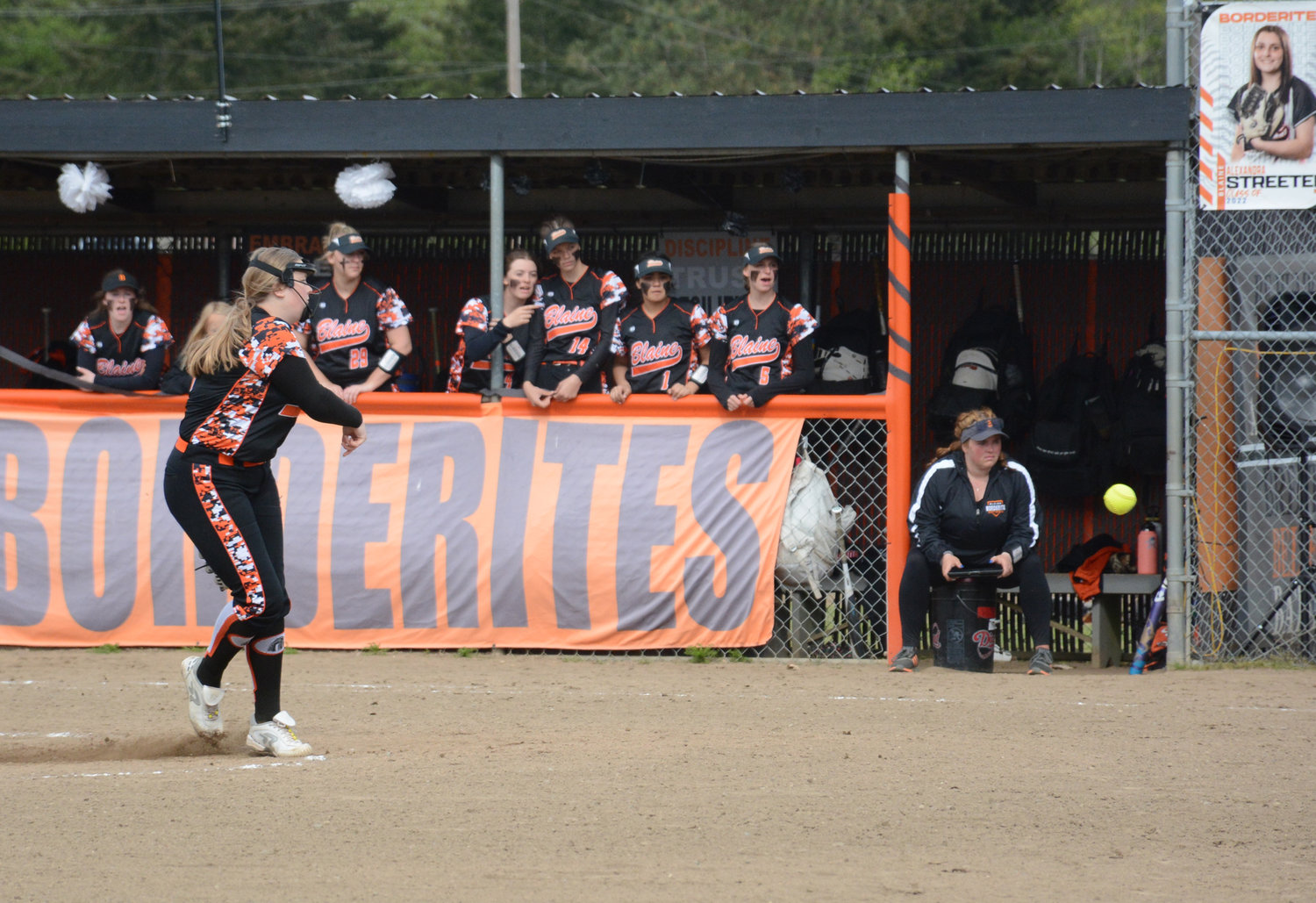 Emersyn Bakker pitching in Blaine’s 13-1 win at home against Sehome in the last game of the regular season.
Photo by Ian Haupt 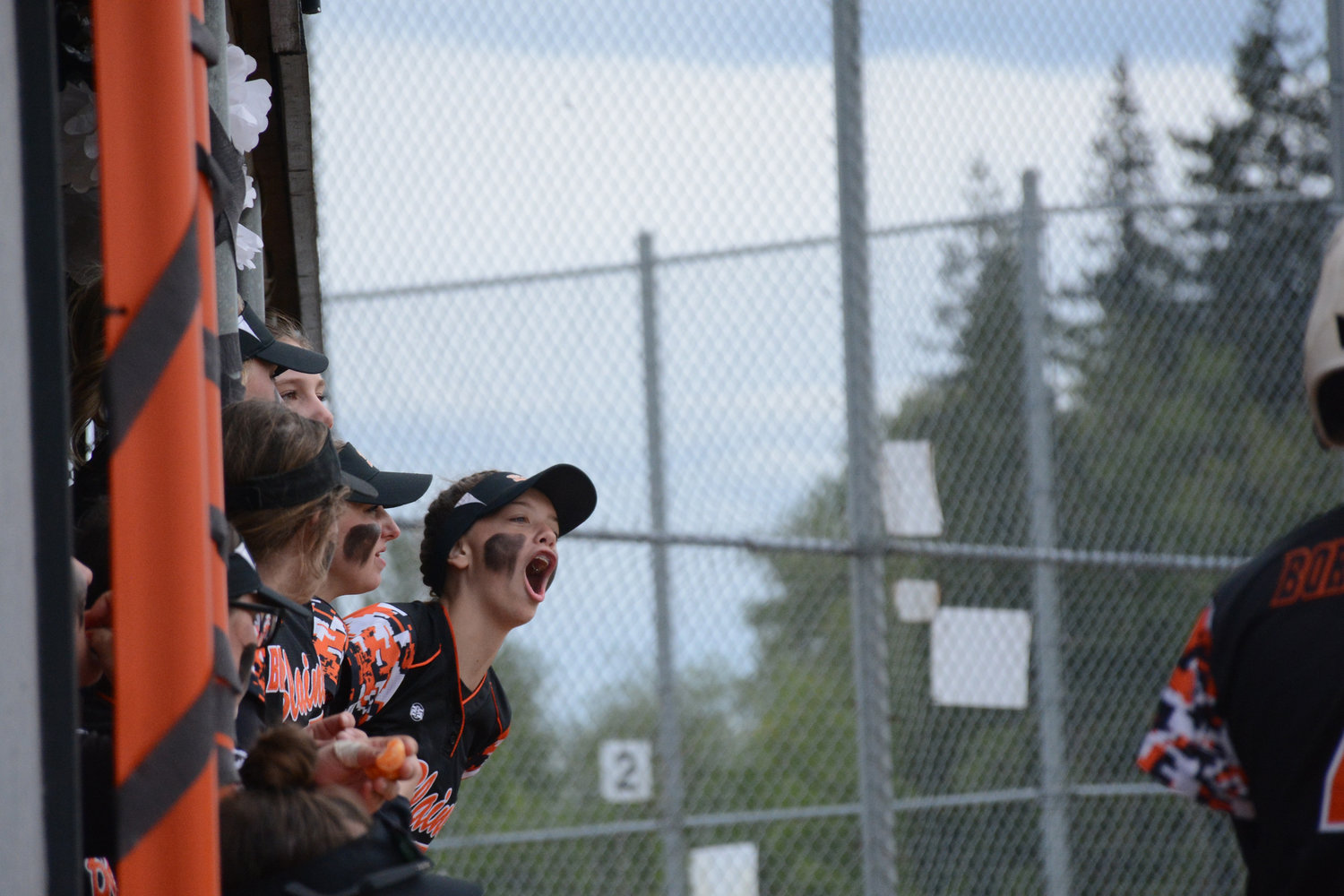 The Lady Borderite bench is a lively bunch during games. Head coach Sean Miller says he hopes it stays that way.
Photo by Ian Haupt 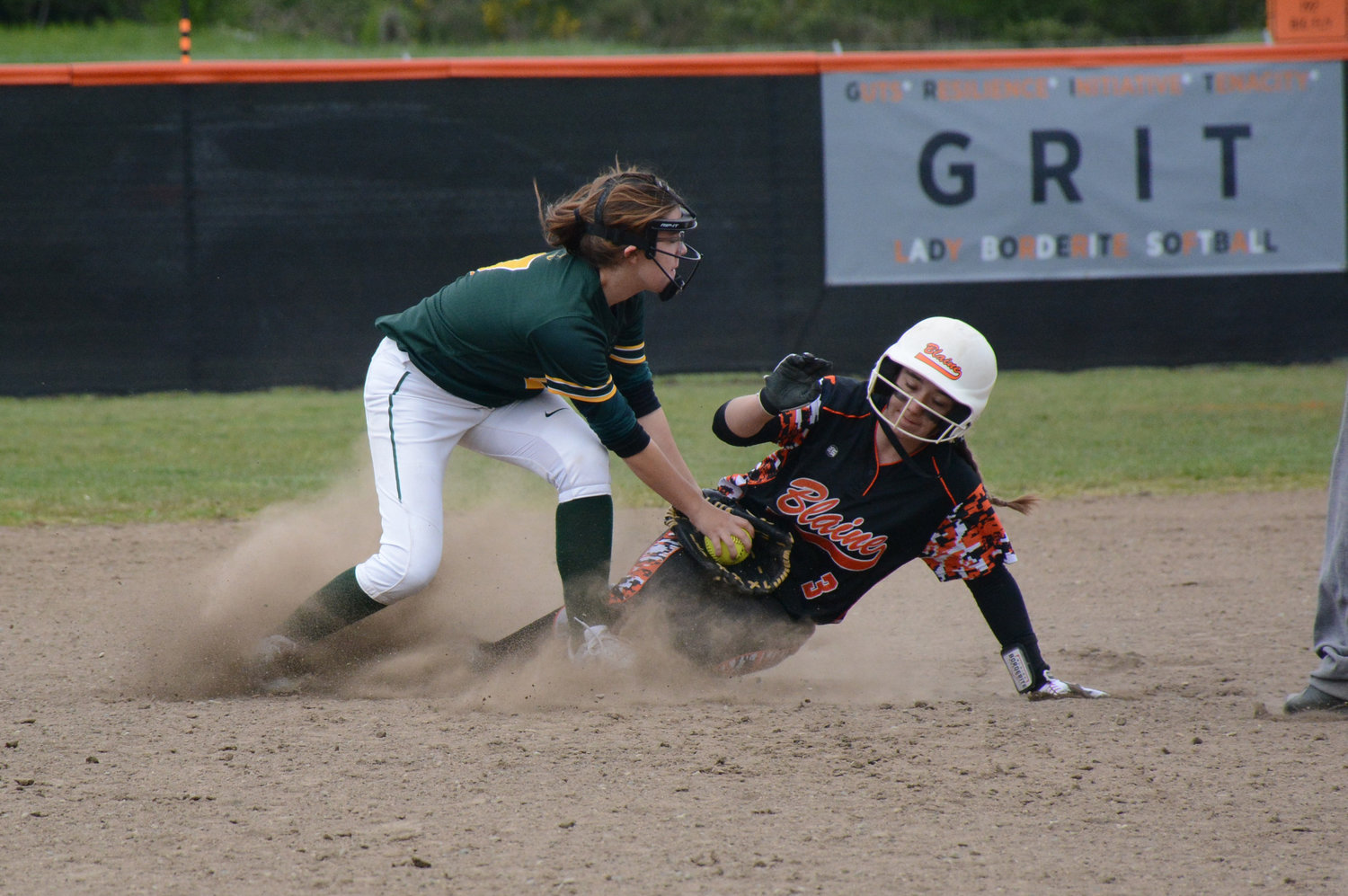 The Lady Borderites’ second-inning, 10-point rally against Sehome secured the team an even record heading into playoffs.

Blaine’s varsity softball team finished its regular season with an overall 9-9 record after beating Sehome 13-1 May 11 at Pipeline Fields on senior night. Seniors Angela Gutierrez, Alexandra Streeter and Taelyr Dickinson presented bouquets to the Sehome team and were recognized with their families before the game.

As the away team, the Mariners batted first, and started the scoring with an early RBI. Blaine sophomore pitcher Emersyn Bakker saw out the inning with a big play at two outs and the bases loaded, saving the team from possibly conceding three runs. Sehome then stopped the top of Blaine’s batting order, taking a 1-0 lead from the first inning.

Bakker shut out the Mariners in the second inning. The Lady Borderites then put 10 points on the board with RBIs from Piper Nissen, Jordyn Vezzetti, Alia Ball, Makenna Wright, Shaylie Daniels and two from Lauryn King. The rally was cut short after a Borderite mistakenly returned to first from second and was called out by the look-back rule, and another batter struck out.

Head coach Sean Miller said if the team can clean up errors like these, they could be really strong in playoffs. Blaine had a lot of close games early in the season against good teams, losing by a couple runs, he said, so it was comforting to grab a big lead early on.

The game was 13-1 by the bottom of the fourth. A double from Nissen, two RBI triples from Vezzetti and Gutierrez, and another RBI from Ball gave the Borderites a 10-point lead, ending the game early.

“This is the girls starting to believe and see the fruits of their labor,” Sean said.

Sean and his daughter Riley Miller, who is the assistant coach, took over Blaine’s middle and high school softball teams in 2018-19, and he said it feels like their progress is also coming to fruition.

“We’re excited, and we’re now starting to see the work we’ve been putting in,” Sean said. “We are slowly climbing.”

With powerhouses Nooksack Valley and Mount Baker, Sean said Blaine plays in one of the toughest divisions in the state. Going into playoffs with 9-6 and 9-4 records, he said they are both favorites to win the 1A district and state championships.

“We hope to get better game-by-game and find ourselves playing in the championship,” Sean said.

Blaine’s first game is against either Cedar Park or Granite Falls at 4 p.m. Thursday, May 19 at Janicki Fields in Sedro-Woolley. Whether they win or lose, they will play again at 6 p.m. in either the district’s championship or consolation bracket.

The team, which is mostly juniors and sophomores, has the energy of a young, excited team, Sean said. Throughout the game Wednesday evening, the girls in the dugout danced and sang along to walk-up music while cheering on their teammates.

“It’s probably the rowdiest group we’ve had,” Sean said. “And we’d like to keep it that way. It's pretty fun.”

Blaine baseball misses out on regionals after Overlake loss