Boating safety device is in the process of being retrofit 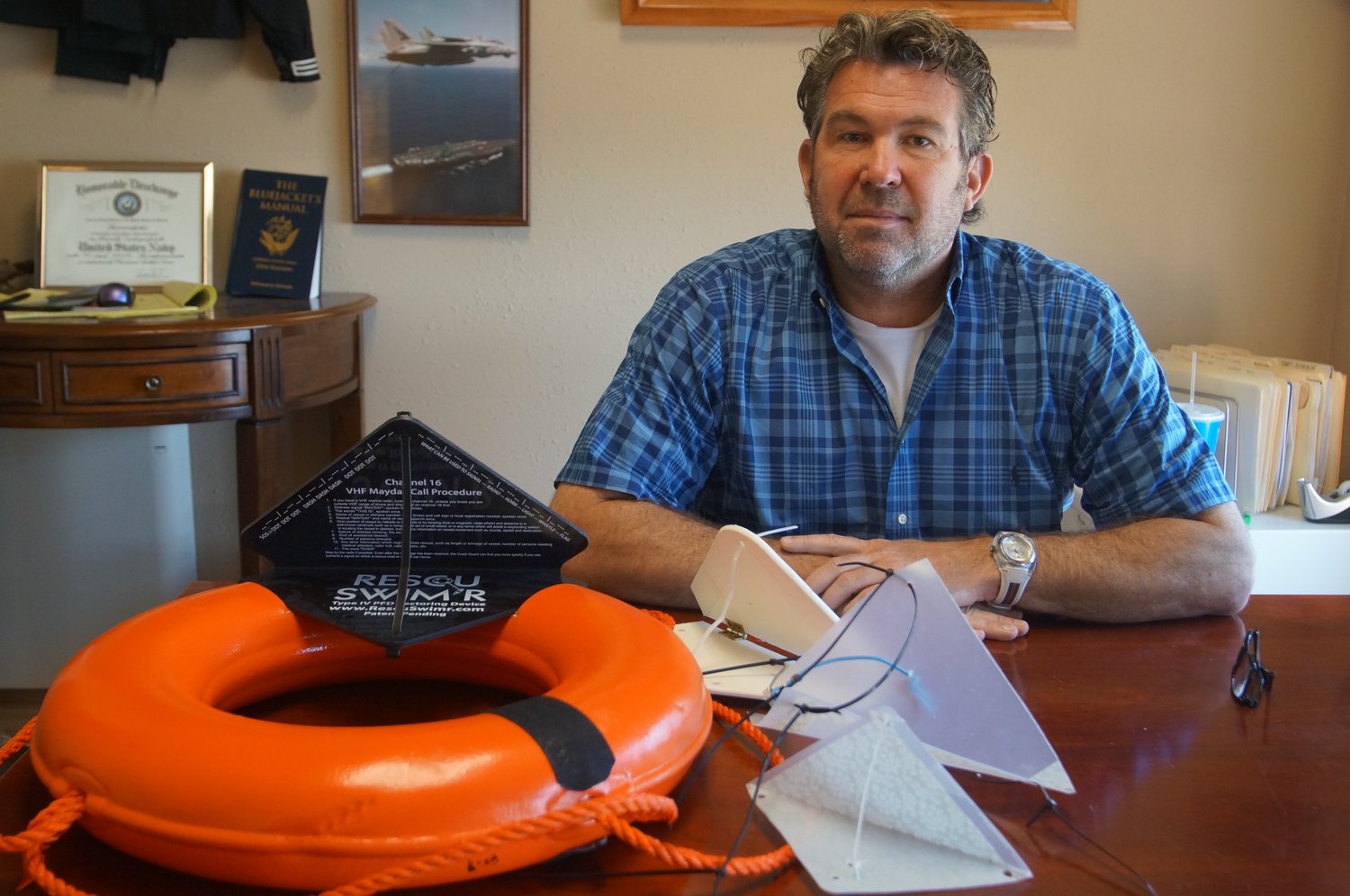 Dream Boat Company founder Randy Parten is retrofitting the Rescu Swim’r, a device he created in 2018 to help inexperienced boaters and rescuers help someone who is in the water.
Photo by Grace McCarthy
Posted Wednesday, July 14, 2021 4:06 pm
By Grace McCarthy

Randy Parten, owner of The Dream Boat Company in Blaine Harbor, knows a thing or two about boat safety.

In 2018, Parten came up with a trailblazing invention to save lives on the water. Parten said the idea came to him after repeatedly having couples ask him how they would recover the boat’s driver if the driver fell into the water.

“There was no answer to that. And as an educator who teaches people to drive yachts, that was pretty uncomfortable to say, ‘Well there’s not much you can safely do.’ It’s not advisable for a non-operator to try to drive a boat back to a person in the water,” Parten said.

The Rescu Swim’r, as he named it, was created as an attachment for life rings. Life rings, personal flotation devices, are attached to rope that pulls aboard the person in the water.

But there’s a fallacy in life rings – they need to be thrown very close to the person who needs rescue, which is both hard to do and dangerous for the person in the water.

The Rescu Swim’r comes into play because it can help someone on a boat tow the life ring at a 45-degree angle, so the life ring does not just trail behind the boat. By doing so, the rescuer avoids endangering the drowning person because they don’t need to encircle the boat around the person in the water or get too close to them.

“The boat is as great of a danger to a person in the water as just being in the water,” Parten said. “That’s been the historic problem in the man overboard situation. Getting the boat next to that person is extremely dangerous.”

On average, the Rescu Swim’r takes about one minute and 14 seconds to reach the person needing rescue, while it takes nearly nine times as long with only a life ring, Parten said. People inexperienced with rescuing or operating a boat can save lives with the easy-to-use device, he added.

Parten was able to put his device to use when rescuing a paddleboarder in frigid Semiahmoo Bay waters on New Year’s Eve in 2019. Locating the paddleboarder in dark, windy and rainy conditions was the hard part. Rescuing her was easy.

“Recovering her was the easiest part,” Parten said. “I put [the Rescu Swim’r] in the water and I pulled her in.”

Parten first sought retrofitting his device because most boats are federally required to have a life ring. But soon after putting the patent-pending device on the market, he found people wanted to buy the life ring already assembled. Many people purchasing the Rescu Swim’r were asking Parten to also buy a life ring and then wanting him to attach it to the Rescu Swim’r, he said.

“I think it’s because it’s a safety item. People aren’t looking to mess with it,” he said. “They just want to buy it, be safe and know that it’s perfect.”

Right now, Parten is working with a manufacturer to create drawings for the new product’s mold, which he expects should take six months. The device can be used multiple times, but the rudder should be replaced every two years because the sun will degrade plastic.

“Every product has a product cycle and an evolution,” Parten said. “This is just a big step forward and this is what we found the way people want to buy it, so we’re giving people what they want.”

No price is set for the second version of the Rescu Swim’r because Parten doesn’t know the manufacturing cost. Sales of the first Rescu Swim’r, which cost $99, have been put on hold until the optimized version is available, Parten said.

“We want to give the market what they want but the impetus for the invention in the first place was to recover more people who go overboard,” he said. “Although the retrofit device may not be as good for the marketplace, it will still save people’s lives just as much.”

For more information on the Rescu Swim’r, visit its website at rescuswimr.com.