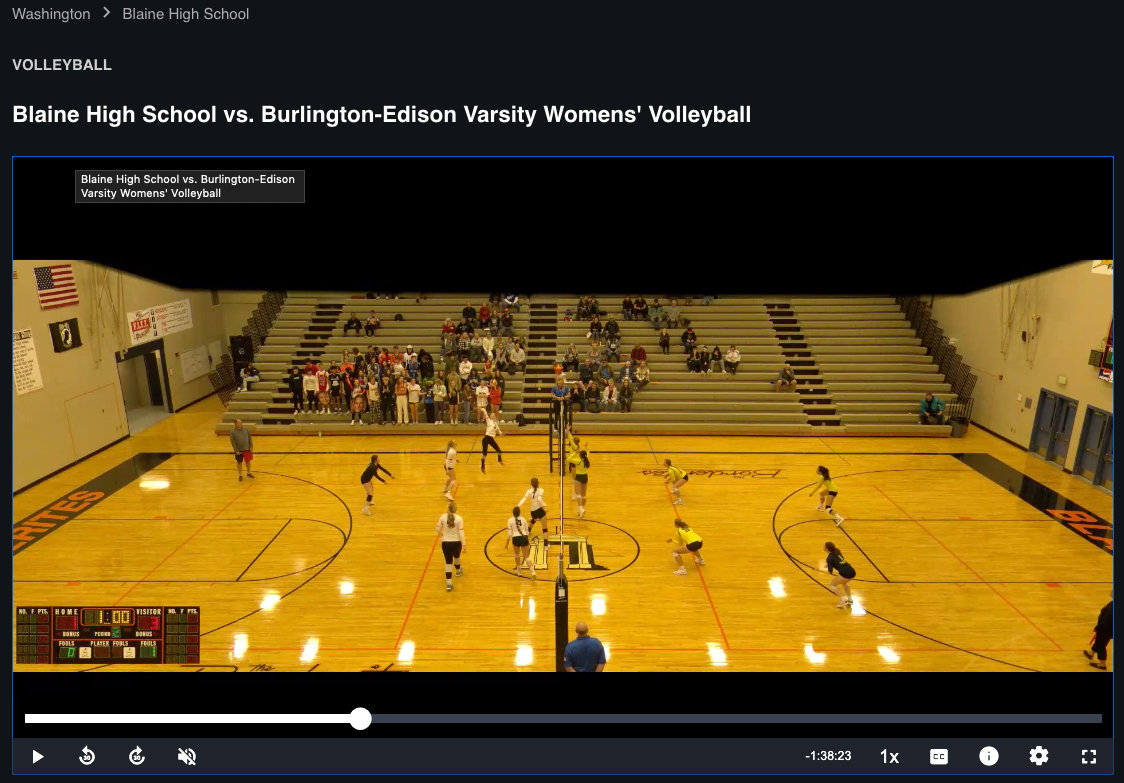 Blaine Athletic Department has installed video cameras at Borderite Stadium and in the Blaine High School gymnasium that will livestream and record all home competitions. Through a subscription service called Hudl, Blaine High School fans can tune in to games, while coaches and athletes can review game footage and study opponents in order to improve their game.

The feature became available mid-fall season for football, girls soccer and volleyball. All boys and girls basketball home games will be available for the winter season.

Hudl, which has over 6 million users and 200,000 teams worldwide, was designed as a tool for coaches and athletes to review game footage and improve team play, according to its website. It provides cameras and services for teams to livestream games and have filtered play-by-play highlights easily available afterward, and can be used at all levels.

Blaine athletic director Chas Kok said most athletic departments in the Northwest Conference use Hudl to some degree, which will make nearly all games – home and away – available. “We’re caught up now,” Kok said, about using the system.

Kok said he’s encouraging all Blaine coaches to use the service with their student athletes to improve performance. As Burlington-Edison’s former boys basketball coach, Kok said he used it regularly to improve players’ game and scout opponents. It can also be used to review practices, he said, when requested.

Two cameras, video storage and the program breakdown feature, which provides analysis of each players’ in-game statistics along with video footage, cost the athletic department about $8,000, Kok said.

“This is going to help you in regards to your teaching,” Kok said of the coaches. “Because [players] might think they’re doing it, but if they watch it on film, it’s going to tell them yes or no. That’s the truth-teller.”

Although cameras weren’t installed at Pipeline Field, Kok said baseball and softball coaches can film their games in the spring on an iPad and upload the footage to Hudl for breakdowns. When Blaine hosts wrestling, he said the camera in the gym might not be able to cover all of the matches in the gym at one time.

Hudl is available for coaches on their phones as well through the app.

For more information or to buy access to Hudl streaming services, visit bit.ly/3FcTCjP.