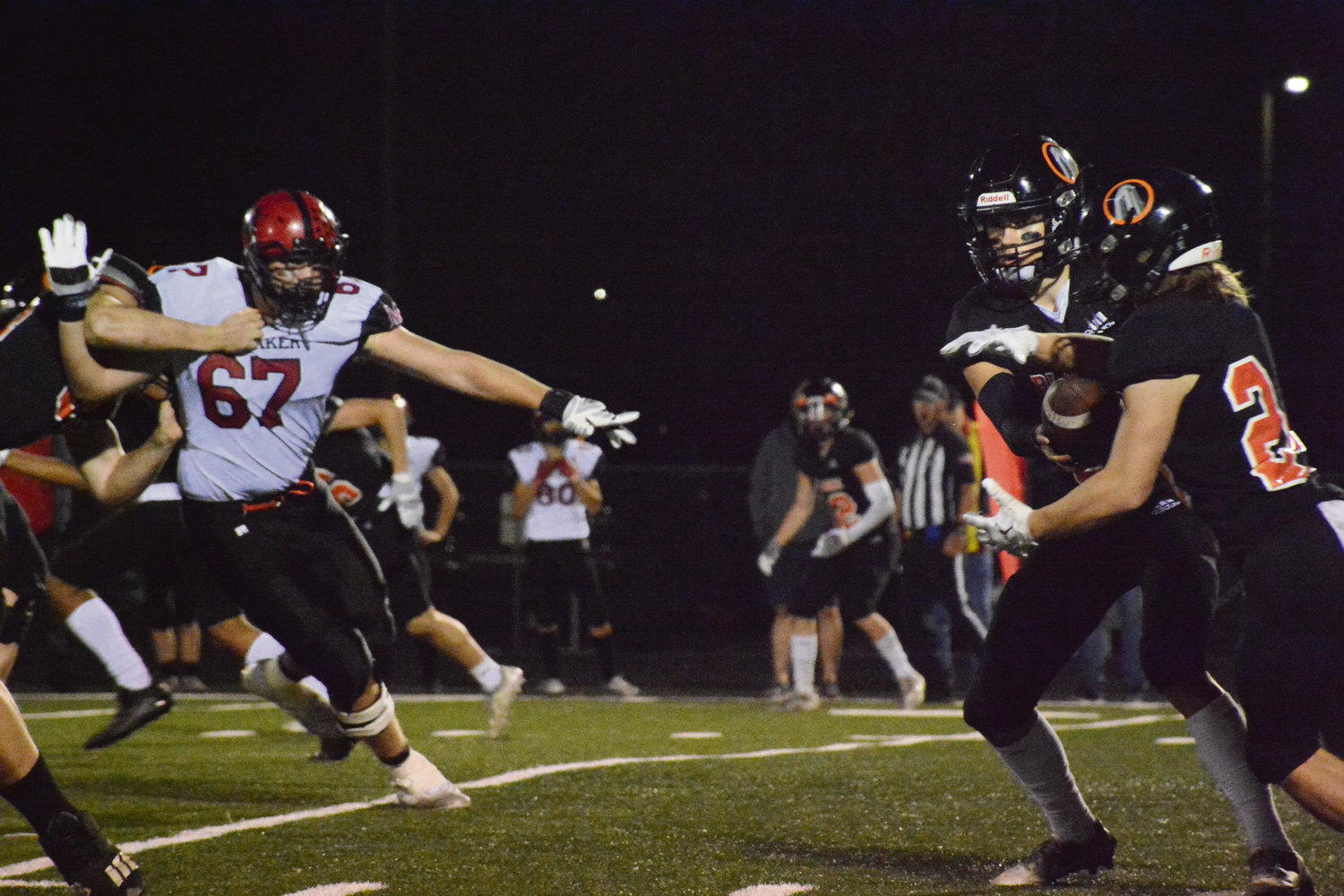 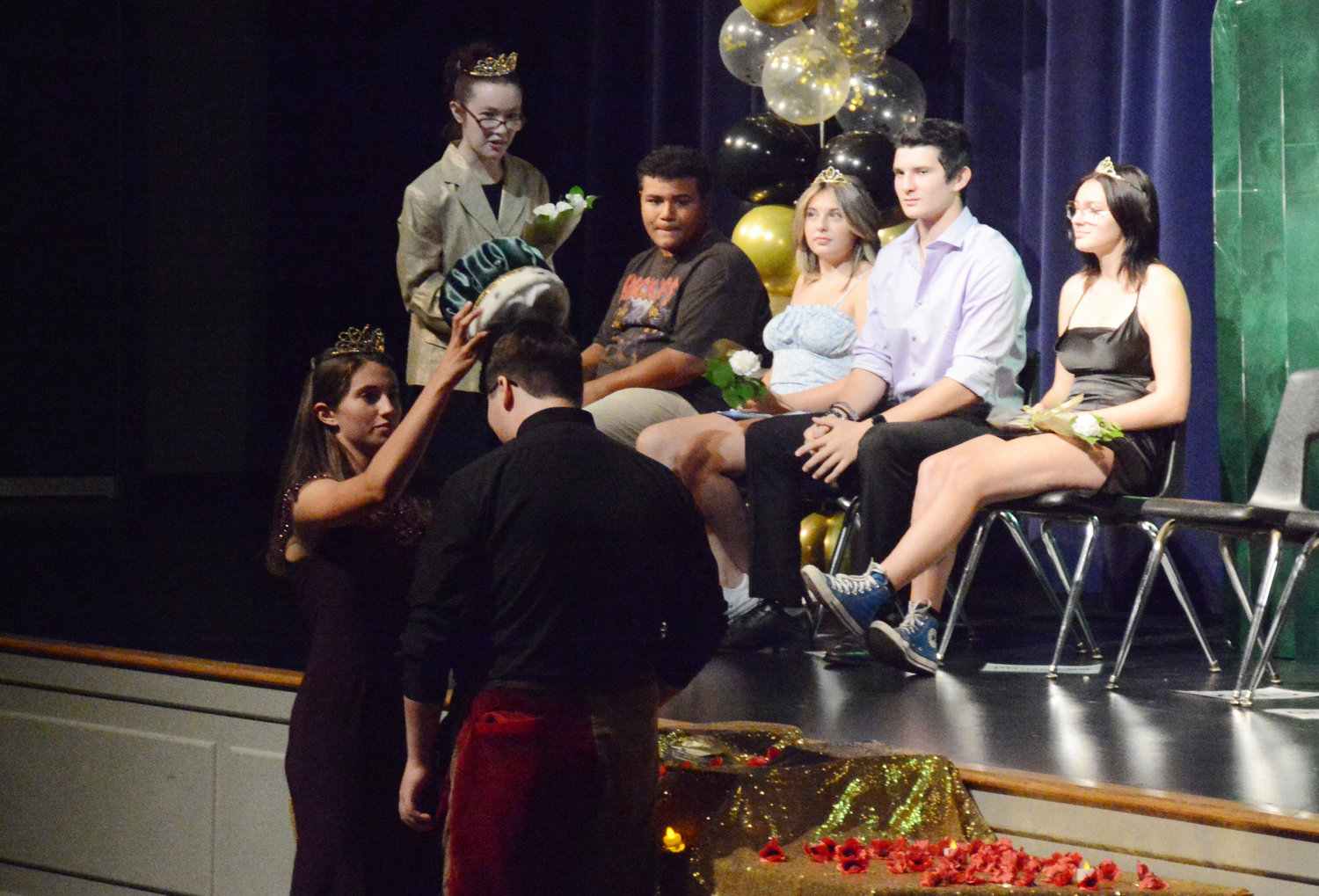 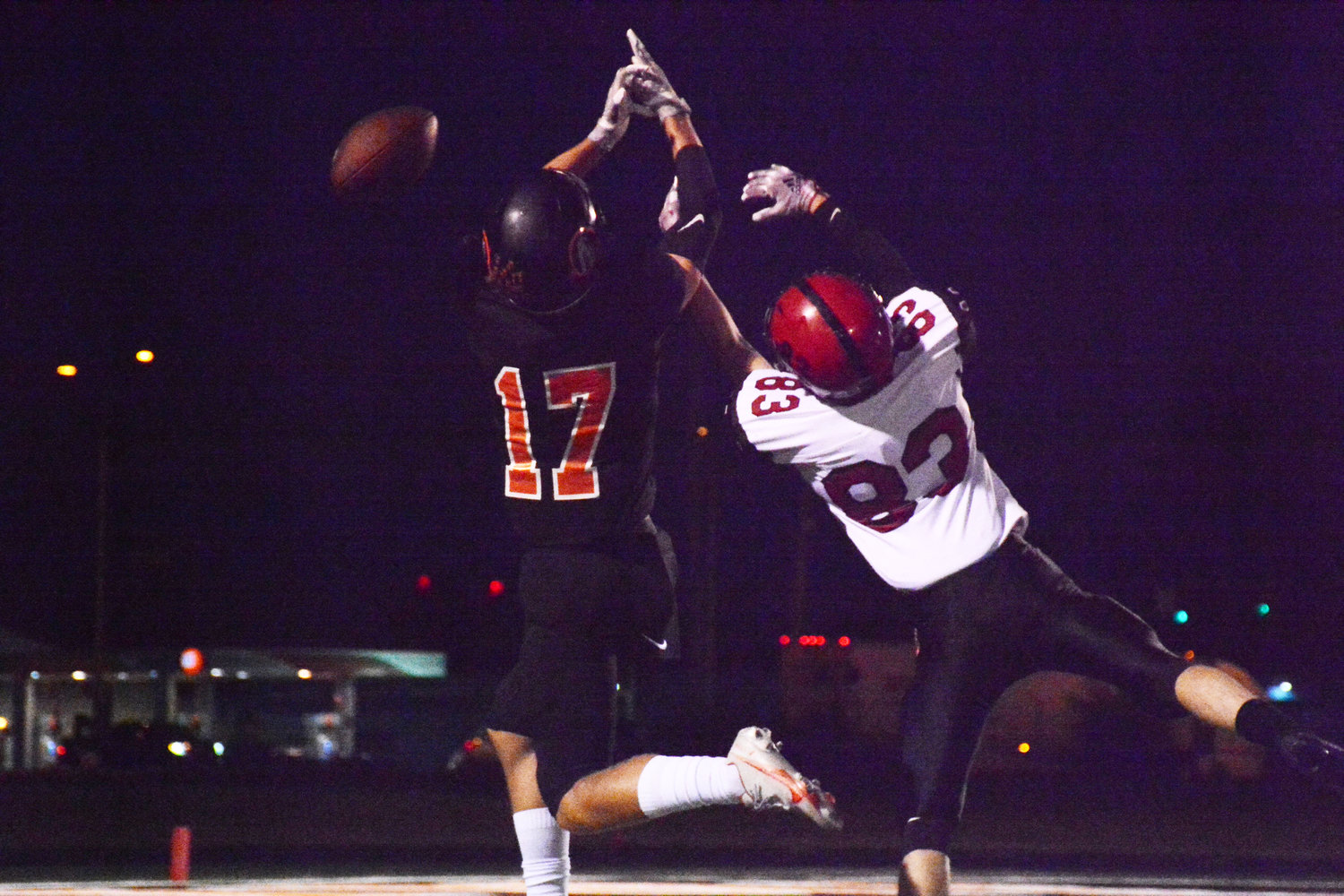 Junior Hunter Vezzetti goes up for a pass in the end zone in Blaine’s homecoming game against Mount Baker. He led the game in receiving yards.
Photo by Ian Haupt 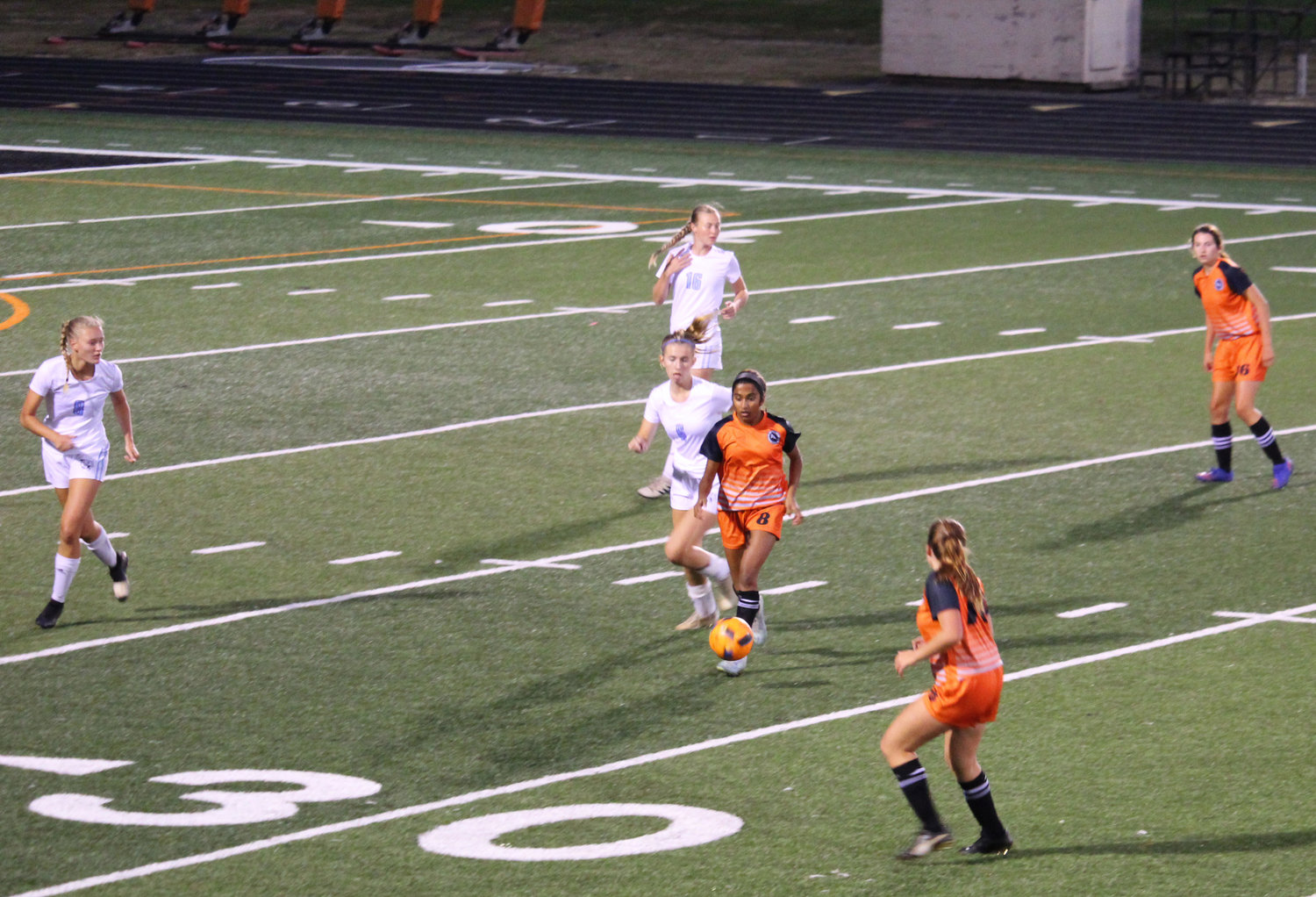 Juliana Zuzarte with the ball in Blaine’s 4-0 loss to Lynden Christian on September 29.
Photo by Molly Ernst
Previous Next
Posted Wednesday, October 5, 2022 4:10 pm
By Ian Haupt

Four inches and 50 pounds looked to be the difference between players on the Mount Baker offensive line and Blaine’s defensive line. And the Mountaineers made it count, rushing a total of 444 yards to put up 68 points on the Borderites at Blaine’s homecoming game September 30.

Blaine notched two touchdowns and two two-point conversions in the third and fourth quarters for the game to finish 68-16. Mount Baker had a 47-point lead by halftime.

Sophomore quarterback Colin Davis took over in the second half and found junior wide receiver Hunter Vezzetti for a 37-yard touchdown pass. The Mountaineers then returned the kickoff 80 yards for a touchdown. In the fourth quarter, Davis picked out Vezzetti again for a 54-yard touchdown pass. Passes from Davis to Vezzetti and junior Riley Ihde scored the Borderites their four extra points.

Davis finished completing nine passes out of 11 for 155 yards and two touchdowns. Vezzetti had a game-high seven receptions for 136 yards.

The Mountaineers’ offense completed over a total of 500 yards.

Blaine continues conference play at Meridian Friday, October 7 at 7 p.m. Blaine is 0-5 this season and 0-1 in conference.

Blaine girls soccer won its second conference game of the season at Nooksack Valley October 3 on the back of its first loss in conference to Lynden Christian September 29.

The Lady Borderites lost 4-0 at home to the Lyncs. They bounced back against the Pioneers on the road, taking home a 4-1 win.

Blaine lost 3-1 on the road to Sedro-Woolley September 29. Then they kept it close against Bellingham at home October 3, losing 3-2.

The team was scheduled to travel to Oak Harbor October 5. The girls host Lakewood Monday, October 10 and then travel to Squalicum Wednesday, October 12. All matches are at 7 p.m. They are 0-8 this season.

Boys and girls cross country were scheduled to run against Mount Baker and Sedro-Woolley at Pipeline Fields in Blaine October 5. They run next at Civic Stadium in Bellingham in the Northwest Conference Cross Country Championships Wednesday, October 19. The meet starts at 4 p.m.

Blaine’s co-op team with Ferndale will compete next at Forge Pool in Lynden against Mount Vernon Tuesday, October 11 at 3:30 p.m. The team’s schedule can be found at bit.ly/3U5exL8.