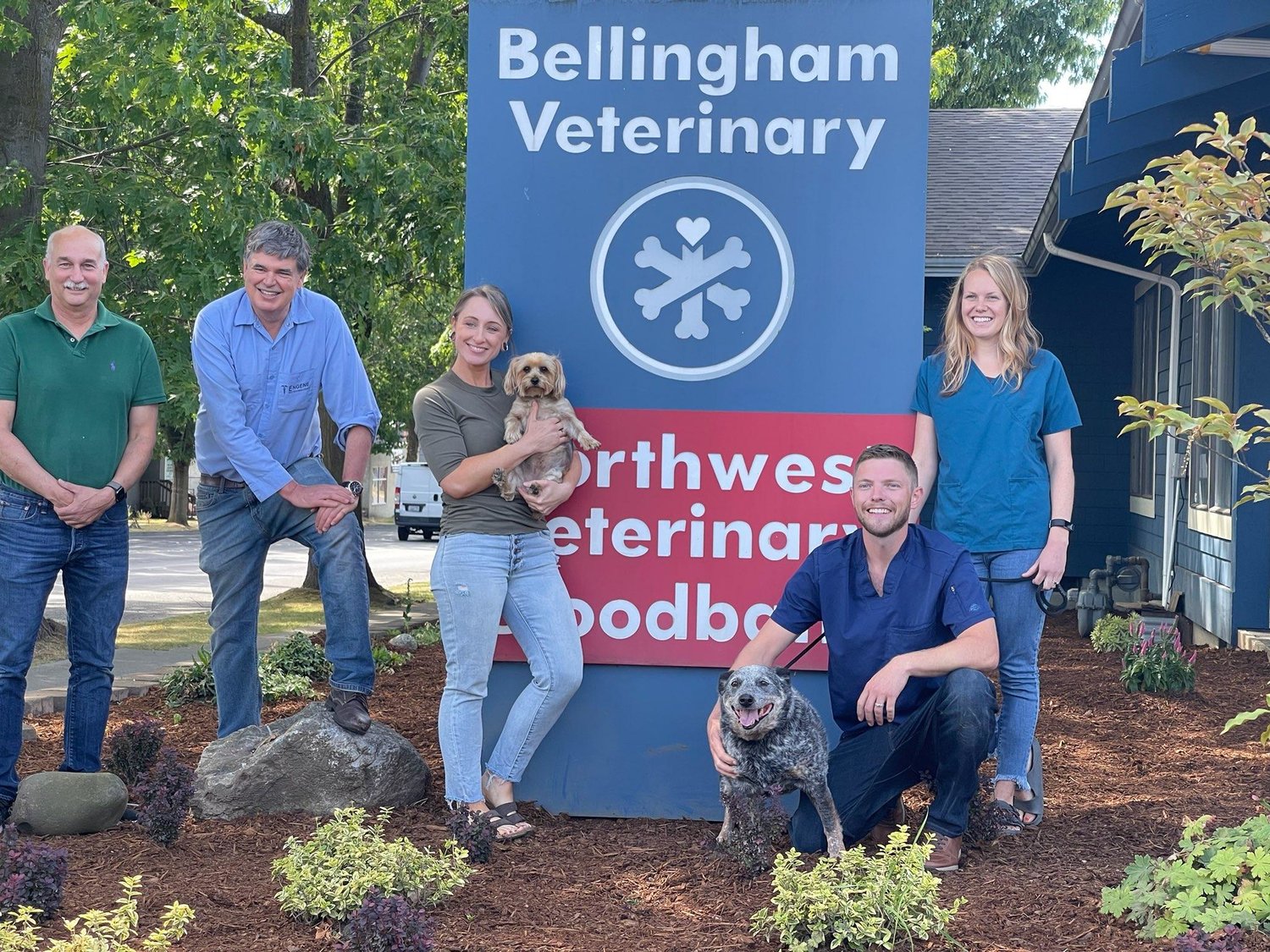 On July 18, two dogs with a lot in common met for the first time. Both Riley and Wiley are tumor-free after receiving experimental treatment for lymphoma at Bellingham Veterinary.

Wiley, a Blue Heeler, is a well-known, four-legged friend at The Hair Shop on Martin Street that has been written about in previous articles in The Northern Light.

Both dogs were diagnosed with B-cell lymphoma, also known as non-Hodgkin’s lymphoma, in summer 2019 and were treated at Bellingham Veterinary by Dr. Edmund Sullivan, said Dr. Kevin Steele, an oncologist who helped treat Wiley, in a statement.

Dr. Sullivan and his wife, Dr. Theresa Westfall, who also practices at Bellingham Veterinary, developed the experimental adoptive T-cell immunotherapy both dogs received. The two founded Aurelius Biotherapeutics, a company dedicated to developing and administering the immunotherapy to dogs diagnosed with lymphoma.

“The idea is the tumor is suppressing the immune response,” he said. “Get it away from the tumor, grow it up in culture and then feed it back in again.”

The local dogs are just two of about 300 dogs that have received the new treatment so far, Dr. Sullivan said.

“It was fun for them to both be here and both be local dogs,” Dr. Sullivan said. “A lot of the dogs we’ve treated are from other parts of the country so we’ve never really met them in person.”

Riley and Wiley met two years since their diagnosis, which Dr. Steele said is considered very significant because two years is considered a major milestone for dogs in remission.

“This is not some kind of idea that popped in someone’s head,” Dr. Sullivan said. “This has been going on for years and years and is now coming to fruition with what we’re seeing with Wiley and Riley.”