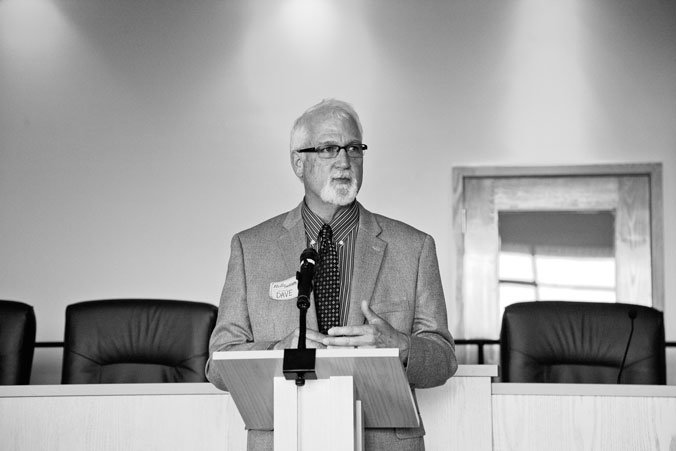 Blaine City Council voted unanimously 7-0 during its June 13 meeting to appoint David Wilbrecht as the interim city manager following Michael Jones’ resignation. Wilbrecht served as Blaine city manager from 2013 to 2018 and previously served 35 years as city manager for the town of Mammoth Lakes in California. He currently serves as chairman of Blaine-Birch Bay Park and Recreation District 2’s board of commissioners.

Councilmember Eric Davidson said he was pleased with Wilbrecht’s appointment.

“I feel like it was a gift that we have someone in place here who can fill the seat of Michael Jones in such a quick manner,” Davidson said. “The city is as busy as it’s been in 20 years and to have someone with this kind of experience is quite frankly a godsend to us.”

Other councilmembers echoed Davidson’s sentiments. Mayor Mary Lou Steward said city officials will not take their eyes off of development concerns while searching for a permanent city manager.

“By appointing Dave, we are sending a message that we are working with Dave and he understands our concerns,” she said. “He is going to continue the good work we’ve been doing to improve our infrastructure and make it ready for development.”

Jones announced on June 1 that he was resigning from the position at the end of the month after being hired as Island County’s first administrator. This comes as large-scale development is ramping up in east and west Blaine.

During a special June 9 city council meeting, Jones presented council with a memo to help the recruitment process for a replacement city manager.

There are 12 city manager positions open in Washington and Oregon including Blaine, Jones said during the meeting. Jones worked as the city’s community development director for seven years, where he supervised an average of five people, before managing upward of 70 city employees as city manager.

Most of the city’s department heads are new, Jones said, with community development services director Stacie Pratschner being the longest serving at less than four years. Finance director Daniel Heverling and public works director Bernie Ziemianek started their positions in 2021 and 2020, respectively. Police chief Donnell Tanksley was hired in 2019.

“We don’t have anyone who has significant supervisory experience who has been here for a long period of time,” Jones said.

Council discussed potentially adding a part-time human resources position because Jones and Sam Crawford, deputy city manager and city clerk, spend about 15-20 hours per week on HR work and could be doing more. Jones said managing city employees was a substantial part of his job because of duties such as union negotiation issues and interpretation of labor laws and policies.

“The city is a complex organization that provides a wide range of services,” Jones wrote in the memo. “It requires a person with diverse experience and education and a strategic mind to guide day-to-day operations and to look to the future.”