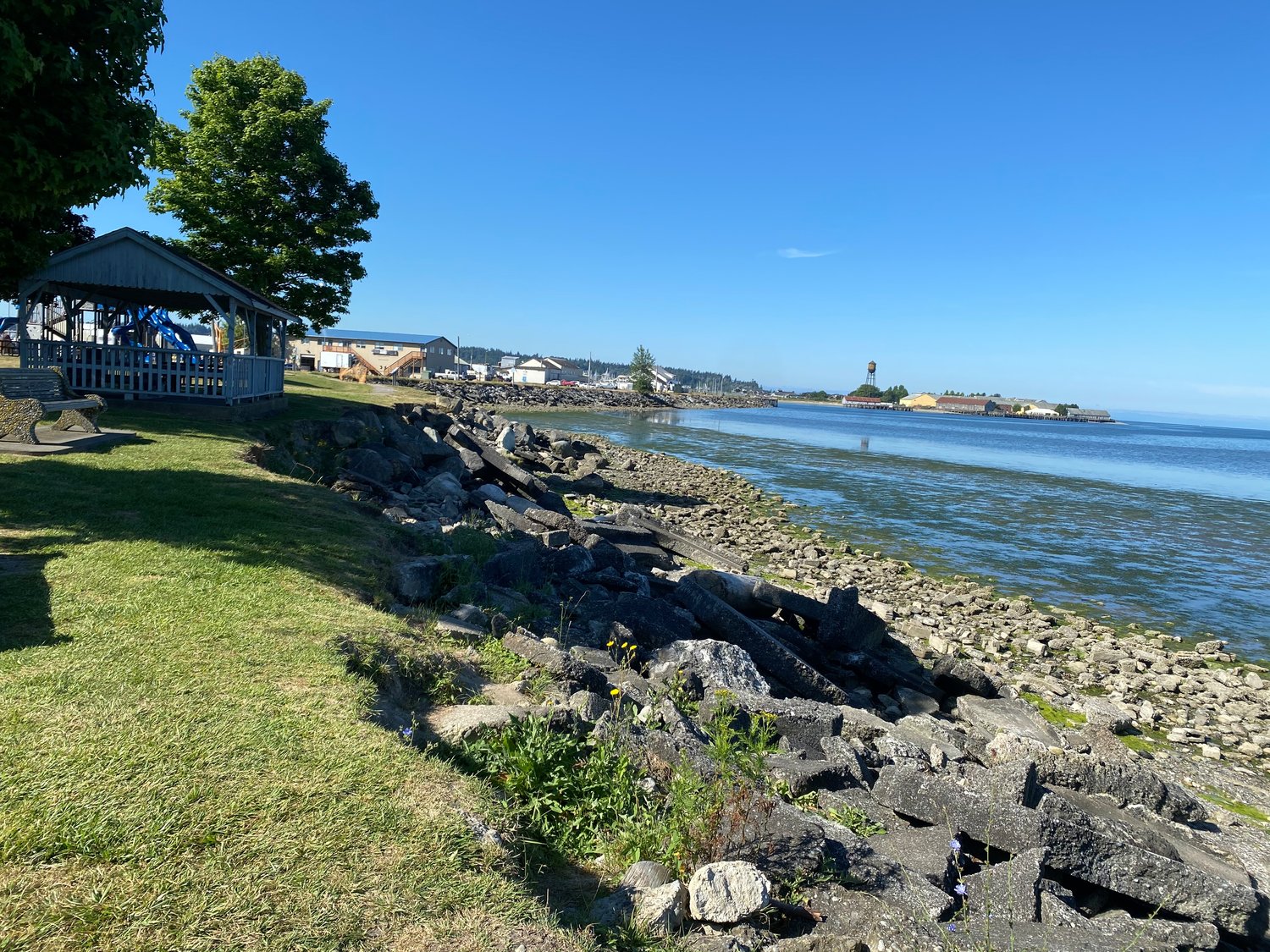 Blaine City Council unanimously approved for the city manager to create a contract with Blue Coast Engineering for engineering design services and construction oversight for the Marine Park Shoreline Reconstruction Project. The design services will not exceed $96,775 and the $900,000 project is already fully funded in the 2022 Park Capital Improvement Plan. Council approved the contract in the July 11 consent agenda, 5-0, with councilmembers Eric Davidson and Garth Baldwin

The shoreline reconstruction project will create about 1,000 feet of naturalized shoreline and improved habitat from the playground to Lighthouse Point Water Reclamation Facility. The current shoreline provides little habitat and shoreline stabilization with concrete chunks that were added in the ’60s, according to the city of Blaine’s website.

Improvements will create better access to the shoreline through the development of four pocket beaches, which is consistent with the Wharf District Master Plan, a long-term development plan between the city of Blaine and Port of Bellingham for the area around Marine Drive. The project is separate from Blaine Public Works Department’s temporary repairs near the old landfill site that eroded during the January 2021 king tide storm.