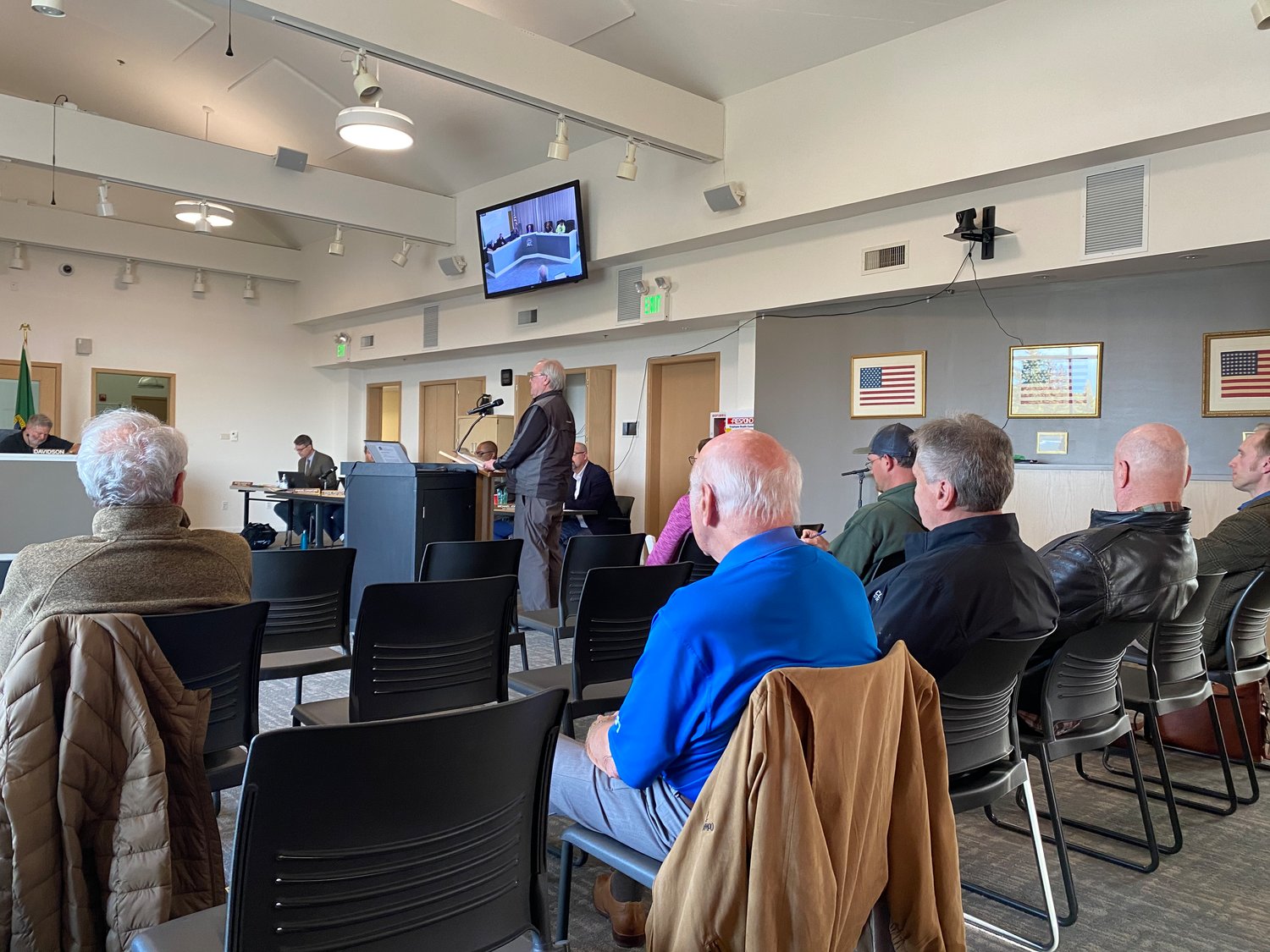 Jim Hermsen, the city of Blaine’s parks and cemetery board vice chair, spoke against proposed changes to the parks board during the May 9 Blaine City Council meeting.
Photo by Grace McCarthy
Posted Wednesday, May 11, 2022 5:21 pm
By Grace McCarthy