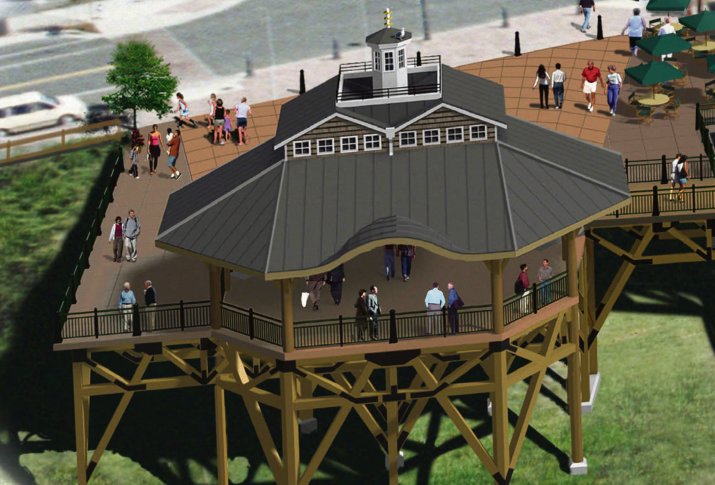 Blaine City Council unanimously voted during its September 12 meeting to table voting on a design contract for its downtown revitalization project until the next council meeting. Councilmembers asked for more time to look over the applicant’s proposed project, which includes improvements to the Peace Portal Drive streetscape, Martin Street parklet and G Street Pavilion.

“To me this is a lot of money to just move forward without more discussion,” councilmember Eric Davidson said during the meeting. “I’m more than happy to discuss it as long as we need to. I’d love to table this for two weeks from now.”

City staff asked council to consider authorizing the city manager to enter a $620,000 contract with Seattle-based KPG Psomas for engineering design services as well as bidding and construction oversight for the $2.83 million downtown revitalization project. The project’s funding has already been approved through $2.1 million in the 2022-23 transportation improvement plan, a $500,000 state appropriation and $243,000 in the 2022 capital improvement plan.

The city’s community development services and public works departments solicited request for qualifications in January and interviewed the top three candidates in May. The downtown revitalization project is expected to be planned and designed in 2022 and 2023 and then constructed in 2024, according to city documents.

The streetscape improvements would go along Peace Portal Drive, from Marine Drive to Clark Street. Upgrades could include benches, flower planters, landscaping bike racks, pedestrian signage, two gateway arches and decorative pavement, according to KPG Psomas’ scope of work document. The project will replace uneven and aging sidewalks as well as remove trees causing sidewalk buckling. Water and sewer could also be updated where the sidewalk is replaced.

The Martin Street parklet is expected to cost $125,000 for planning and design, according to city documents.

KPG Psomas would help the city with its plans to install a covered pavilion in G Street Plaza. City council approved $118,000 of American Rescue Plan Act (ARPA) funds for the covered pavilion last November. Electrical service would be included to power the pavilion.

Stormwater and transportation analyses will not be required for the project.

“Three million dollars on fun stuff is an important thing. We have to spend money on sewer,” Davidson said. “I’d really like to have more time to go over it and more time for everyone else to go over it. It’s not that I’m against it, it’s just a lot.”