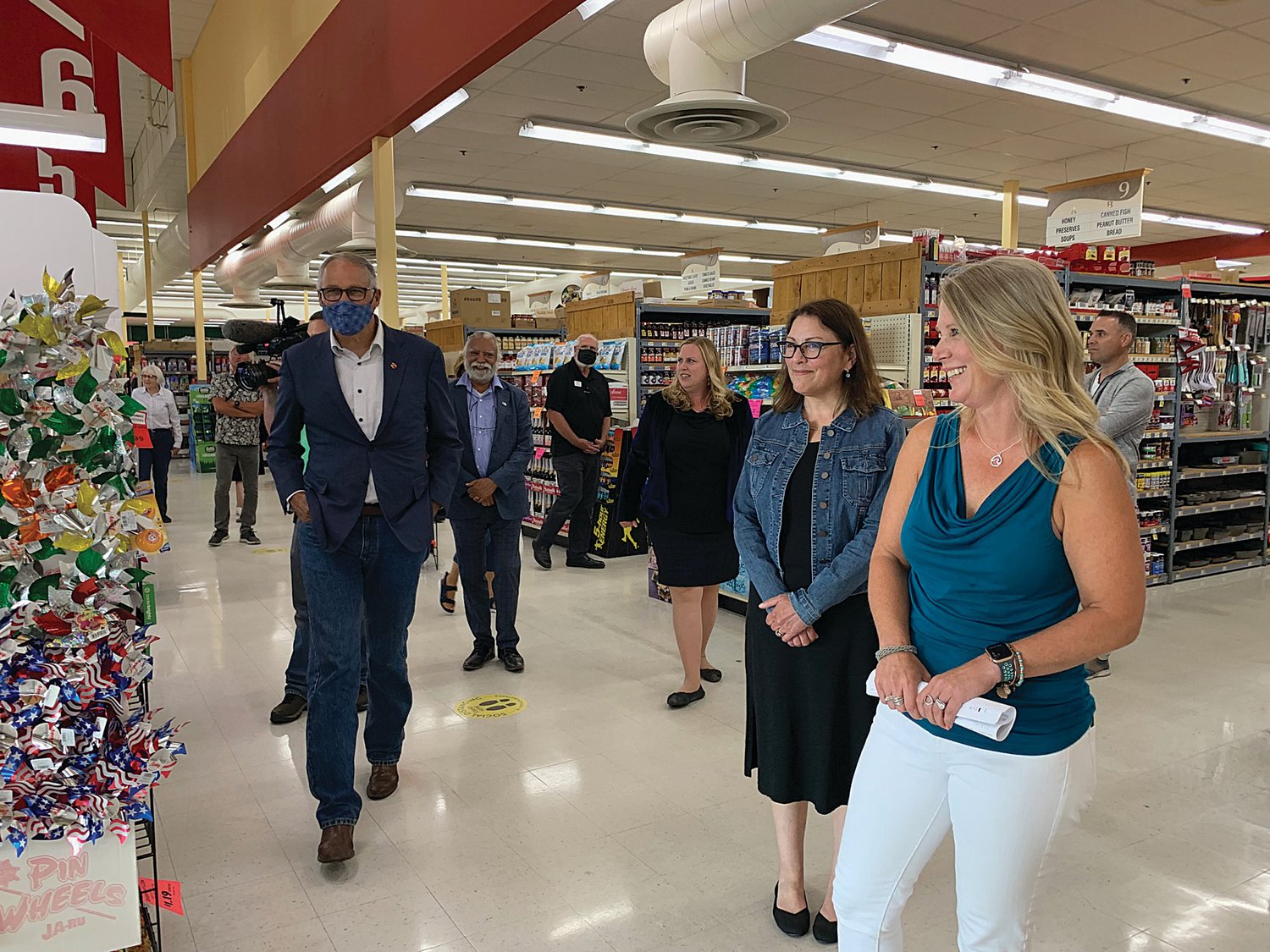 In a unanimous vote, Whatcom County Council has approved allocating up to $250,000 in emergency funding for Point Roberts. Council acted at a September 14 council committee meeting following a request for the funds by county executive Satpal Sidhu who told council, “With the cessation of federal unemployment benefits, we have received unsettling news from Point Roberts.

“When we gave that assistance to the grocery store, we were hoping the border would open on August 21 or September 21. Now it seems like the border won’t open for a few months now,” Sidhu noted, referring to $100,000 in state aid along with another $25,000 in county assistance. “They are in trouble.”

Sidhu also highlighted the needs of the various mailing houses, saying that online sales are a significant economic driver in Point Roberts and that the mailing houses would be in “big trouble” if their employees moved away.

The executive told council that his office had started conversations with the governor’s office and met with state representatives Alicia Rule and Sharon Shewmake.

“My staff is working with the governor’s office to explore what options we can offer Point Roberts to help the employers and the employees,” Sidhu said. “Today, I would like to ask council for a motion to allocate $250,000 from the American Rescue Plan Act to meet the needs of Point Roberts. We recognize that Covid-19 has been a very special and significant impact on Point Roberts; remember, these federal dollars are primarily to deal with the impacts of Covid-19.”

Sidhu explained that council’s commitment to funding would allow the executive to work with state and other agencies to drum up other sources of money to be used to help the Point. He told them that he would return at council’s next meeting to share what “we’ve come up with.” He also warned council that the county might “have to do this ourselves,” ie. be the only source of assistance to Point Roberts.

“Time is of essence,” he told council, adding, “We can’t provide them assistance three months from now, it will be too late. If those employees are gone or the store closes down, they may not open up again.”

Councilmember Rud Browne opened discussion on the motion. “I’m supportive in principle, you mentioned mailing businesses and the Marketplace. I understand the need for the grocery store, I’m not sure why we would need to focus on mailing places, specifically,” he said.

In response, Sidhu pointed out that, “The last time we checked, there was a million dollars in sales tax from Point Roberts business activity that comes to the county every year” and that the mailing houses represented a large portion of that income.

The motion, in fact, did not mention specific businesses.

Tyler Byrd, who worded the motion, said he had left out the types of businesses in the Point in order “to broaden past that.” “I’m banking on your sales ability to get a lot more money from the governor.” Fellow councilmember Carol Frazey concurred, saying “If there is any way we can help all of those businesses, let’s do it.”

The motion to allocate $250,000 in emergency aid passed unanimously.

The source of the funds would come from monies that have been awarded to the county as a result of the American Rescue Plan Act. The county is currently working through proposed priorities for spending the approximately $47 million they will receive. The matter will be on council’s September 28 meeting agenda.

The Washington state department of commerce has announced a new grant program that will launch October 4 to help certain small businesses hurting due to the U.S.-Canada border closure.

The Border Business Relief Program will focus on customer-facing businesses that have experienced hardship specifically as a result of the Covid-19 border restrictions. Businesses must have reported annual revenues of $5 million or less in 2019.

Information and a preview of the application is available now at commercegrants.com. The application portal will be open October 4-18.

Grants will be up to $50,000 and take into account whether the business has received a previous Working Washington grant.

All hands on deck for massive vaccination and testing