Daughter of a Lost Bird: Reconnecting to Lummi heritage 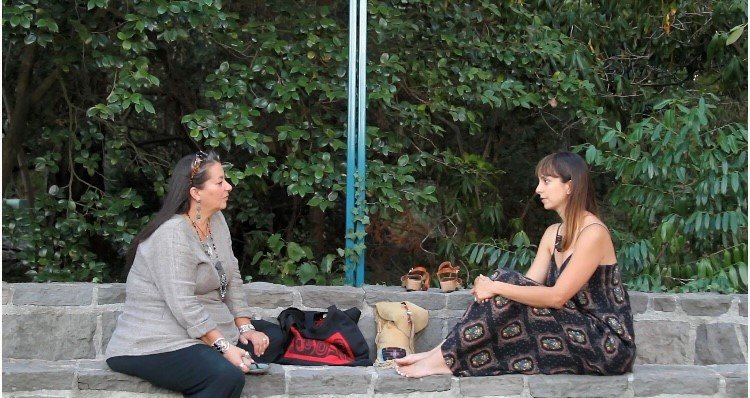 The film “Daughter of a Lost Bird” follows Kendra Mylnechuk Potter, an adult Indigenous adoptee, as she reconnects with her birth family, discovers her Lummi heritage and confronts issues of her identity. The film will be part of the 2022 CASCADIA International Women’s Film Festival lineup Thursday, May 12 through Sunday, May 15 in downtown Bellingham.

Montana-based director Brooke Pepion Swaney said she created this film to illuminate the importance of keeping native children connected to their culture. The film depicts co-producer Potter’s real-life experience reconnecting with her heritage and the ethics surrounding Native American adoption.

Swaney said native children who were adopted out of their tribal communities and placed with white families are known as “the lost birds.” Potter grew up in a loving upper middle-class white family, and felt no significant loss with the absence of Native American culture or family in her life. Swaney, a Blackfeet/Salish woman, could not imagine Potter could be content or complete without understanding her heritage, so the two embarked on her reconnection journey.

“The idea behind the film first came about in 2012 when Kendra and I finished a short film we had worked on,” Swaney said. “At the time, there were no other films that touched on the topic of Native American adoption and what the reconnection process actually looked like.”

Swaney and Potter set out on a seven-year journey of documenting her reconnection experience and the difficulty of the process. Swaney said the first interview for the film took place in 2013 when Potter was pregnant with her daughter, Sukha.

A combination of interviews and documentation, the film follows Potter as she finds her biological birth mother April Newcomb after 34 years apart. The film chronicles her reconnection with her birth mother, also an Indigenous adoptee, face-to-face in Portland, Oregon and as she returns to her Lummi homeland in 2016.

“I wanted to tell a character-driven story, based on personal experience,” Swaney said. “I felt more connections to the universal themes could happen through a personal portrayal.”

Potter said she wouldn’t have done this film with any other director. “Brooke held my hand and guided me through the process, emotionally and physically,” she said. “We were very good friends before this film and I think it’s a testament we have been able to preserve our friendship through this journey.”

Potter’s story echoes many affected by the Indian Child Welfare Act (ICWA) and Indian Adoption Project. ICWA is a federal law that governs jurisdiction over the removal of Native American children from their families in custody, foster care and adoption cases.

“It’s important to note that ICWA never applied to me because my birth mother had no tribal affiliations at the time,” Potter said. “ICWA is essentially a law that prevents what happened to me from happening to other native children.”

ICWA’s constitutionality is being challenged in the U.S. Supreme Court and increased awareness of the implications of native children being raised away from their community is incredibly timely, Potter said. The Lummi Grandparents Committee works with Lummi families and Lummi Children Services Department to help children when they are placed out of the home by reviewing all proposed adoptions and making recommendations to the court.

Both Swaney and Potter said they only have gratitude for how welcoming the Lummi Nation has been as well as the grandparents committee’s important work. “I am not part of the Lummi Nation, so being invited in to create this film with Kendra and the community has been an honor,” Swaney said. “I wanted this film to uplift the tribe and the work they do.”

Potter said she hopes the film informs those who are non-native about U.S. policy impacts on Indigenous people and it inspires fellow Native adoptees to reconnect after viewing the film. “I hope everyone is inspired to dig deeper into their ancestral heritage.”

For those interested in learning more about the film, visit daughterofalostbird.com. To view this film locally, visit cascadiafilmfest.org to purchase passes to the CASCADIA International Women’s Film Festival in downtown Bellingham this May.