Haynie Opry to host Matt Audette and the Circle of Friends Band’s farewell performance Saturday, May 14 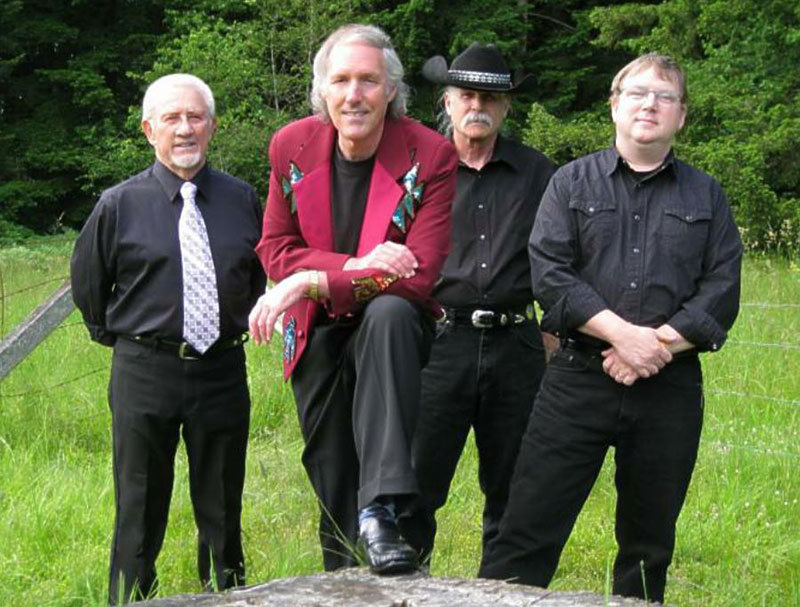 Matt Audette and the Circle of Friends Band will give their farewell performance at the Haynie Opry on Saturday, May 14. This performance will be Haynie Opry’s last as well.
Photo courtesy Haynie Opry
Posted Wednesday, May 11, 2022 4:40 pm
By Hannah Cross

After nearly two decades of classic country and rock performances in a family-friendly setting, the Haynie Opry will host Matt Audette and the Circle of Friends Band’s farewell performance at the Haynie Grange, 3344 Haynie Road, on Saturday, May 14. This performance will be Haynie Opry’s last as well.

The evening show will start at 7 p.m. with $10 tickets sold at the door, which opens 30 minutes before show time. Music will feature Elvis classics, 1950s hits and a tribute to country musician Tom T. Hall. Earlier in the day, Matt Audette and the Circle of Friends Band will host a 3 p.m. gospel matinee with $5 tickets sold at the door.

Lead vocalist and guitarist Matt Audette started the annual Haynie Opry in 2005 following his career as a professional musician in Dallas and Nashville. After releasing a few albums and touring across the U.S. and Canada several times, he signed with Saddlestone Records in 1988 where he released his hit song, “Tennessee is Calling Back to Me.”

Audette has played in several bands but the Circle of Friends Band has been together for over 20 years. The other band members are bassist and vocalist Karl Wagoner, drummer and artist Ron Reiss and pianist and vocalist Connie Holtzheimer.

“I wanted to bring a family-oriented music atmosphere into our community,” he said. “I approached the Haynie Grange to host an Opry inspired by the Grand Ole Opry concert hall in Nashville and the rest is history.”

Out of this idea, an old-fashioned retro-type venue was created and enjoyed by many through the years. Audette said many things have contributed to the ending of the band, but ultimately the group felt it was the right time to disband.

“Things run their course and it was time for the Opry,” he said. “I am not retiring and will continue to do performances in other areas, I just wanted to have the space and time to move onto other things.”

Holtzheimer said it’s been a joy to play with the band over the years.

“We all still have music left in us,” she said. “No true musician ever retires from music. Matt just wants to take a rest before pursuing other things.” She also said while the Haynie Opry is retiring as of now, if anyone in the community has interest in taking it over, they should contact Audette soon.

Audette said he felt the Opry was put there for a reason, and for a time to give people joy and entertainment.

“I know a lot of people will miss it, but I hope everyone remembers the good moments,” he said. “I want to thank all the fans throughout the years who supported us.”