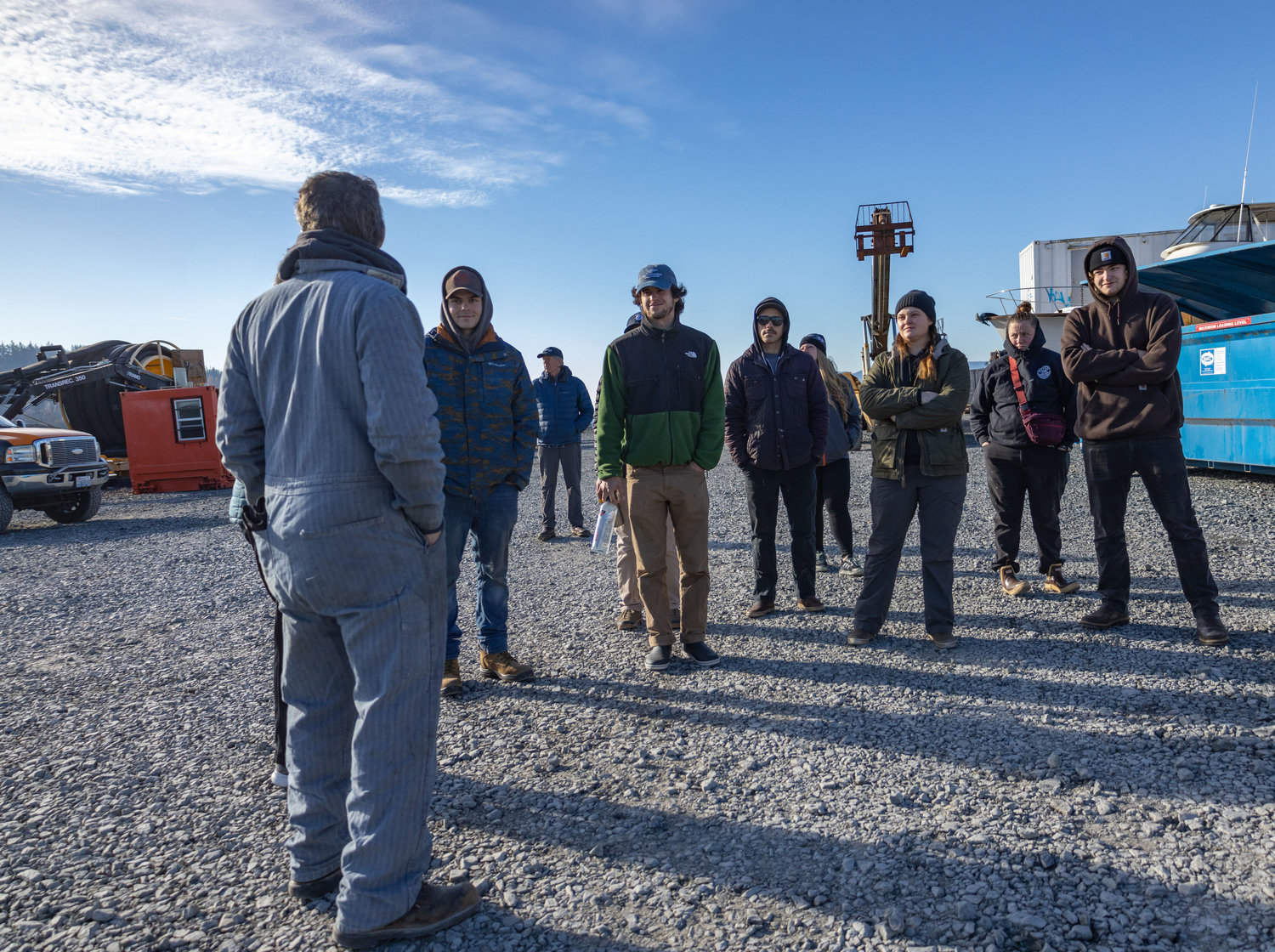 A new maritime apprenticeship program is underway for Whatcom County residents who want to better their skills as marine service technicians. The four-year program allows maritime employees to gain more knowledge in their profession, while subsequently helping the companies grow.

Deborah Granger, the program’s apprenticeship training coordinator, said the program was brainstormed in late 2018 as the coalition’s members expressed frustration of getting trained workers and began researching programs along the west coast.

“Our maritime trade companies are very, very busy and they struggle getting and retaining workers who have the skills and knowledge to work in this sector,” she said. “It’s extremely time consuming and difficult for companies to train them themselves because they have their own work to do.”

The state-certified program was slowed by the pandemic and state requirements, but was finally able to start its first class in October.

“They are working toward a journey level,” Granger said. “At the end of the four years, they will be a professional technician with a wide range and be an asset to the company, or potentially a supervisor or start their own company.”

The program’s first cohort of 11 students is attending one night class per week and one Saturday workshop per month for eight months. The first cohort started learning occupational first aid and workplace safety and have moved onto marine terminology and applied math, Granger said. The classes have taken place in company spaces around Squalicum Harbor. After finishing in April 2023, the cohort will start level two next fall alongside a new group of students entering level one.

Students learn foundational learning in the boat and then will be able to specialize in their last two years of the program. They can specialize in up to six marine service specialty areas through the advanced competency program.

Students take related supplemental instruction in 12 areas including general marine technology and safety, gasoline and diesel engine repair, maritime law, navigational equipment, paint and finish applications, according to the Working Waterfront Foundation. The supplemental instruction is based on The Quadrant Marine Services Institute in B.C. training program, which has operated for 27 years and has over 40 students graduate per year.

Whatcom County’s maritime sector makes up 7 percent of the county’s workforce, or over 6,000 jobs, and is in need of trained workers, according to the Working Waterfront Foundation.

Granger said she would like to see 15 students per cohort, with a total of 60 students in the program per year, as well as for the training to expand throughout the state.

“I hope Whatcom County can be a hub for marine technology training,” she said. “I’ve been impressed with the students. They want to learn, which is exciting.”