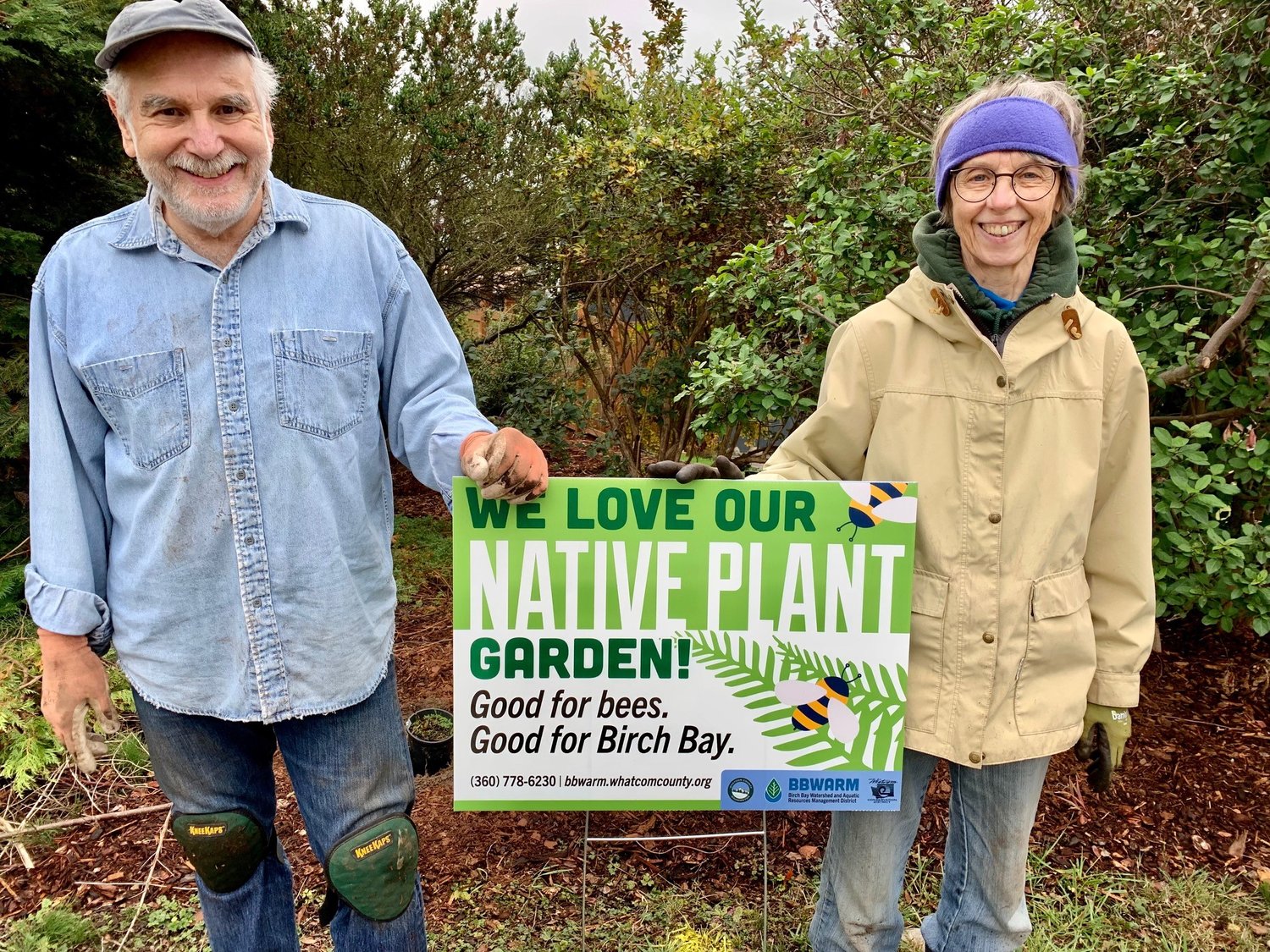 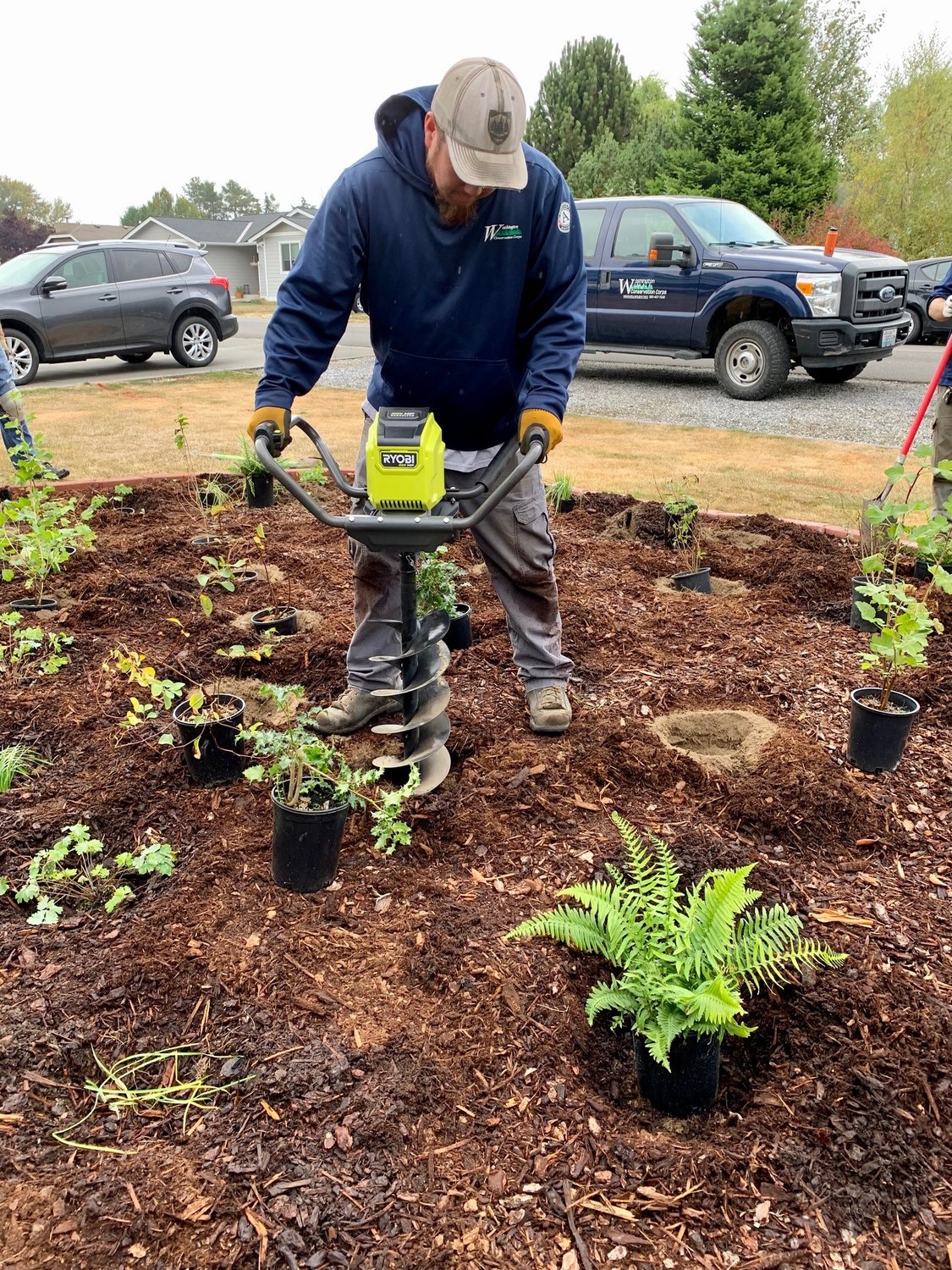 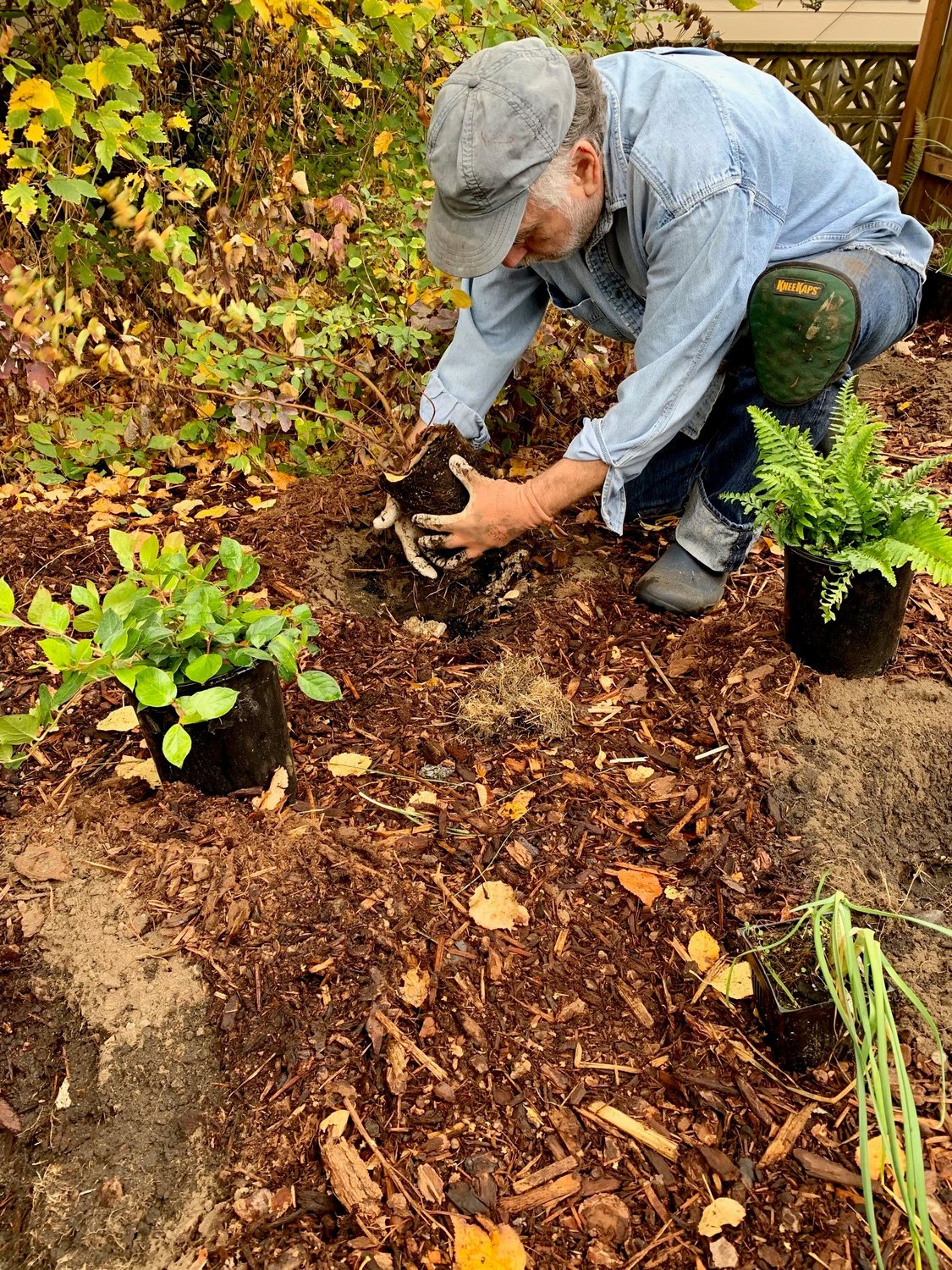 The pilot program helped homeowners with planning and permitting, and then program organizers provided mulch and plants to the homeowners during a planting work party on October 22. Five homes in total, between Birch Bay Village and Birch Bay View, were selected out of 30 property owners, said BBWARM program specialist Kate Rice. The program hopes to do 10 homes in 2023.

The program is looking for a cluster of properties within a walkable area, such as adjacent to one another or being within sight distance, Rice said. The properties should have 1,000-3,000 square feet of lawn that can be turned into native plant landscaping.

Native landscaping is low maintenance because it doesn’t require mowing, and needs minimal mulching and watering, Rice said, adding that native plants bring pollinators. Native plants have deeper roots than grass, so they soak up and filter more water, reducing pollution and runoff.

“It benefits the whole community but it also helps the landowner,” Rice said.

About 8,500 square feet of native landscaping were installed this year, something Rice says they want to more than double next year to around 20,000 square feet.

Participants for next year’s program will be selected in early 2023 and the planting installations will occur next fall. A neighborhood cluster is more likely to be selected for the program if several neighbors indicate they’re interested in participating.

“Right now, we’re really focused on getting people signed up and seeing what clusters we have forming in order to make decisions next year on what neighborhoods we’re going to choose,” Rice said. “If you’re interested, get signed up now because we will be making a decision in the next couple of months.”

Rice said she anticipates the program continuing as long as there is funding and community interest.

“The pilot program went well,” Rice said. “Because we had a lot of interest this year, I would anticipate we will do the program the following year. As long as there are people interested, I anticipate we’ll keep it.”

Birch Bay homeowners who would like to participate in next year’s native landscaping program can visit bit.ly/3Xhwt6U. For more information, contact the Whatcom Conservation District project manager Ryan O’Connor at 360/306-4701 or roconnor@whatcomcd.org.