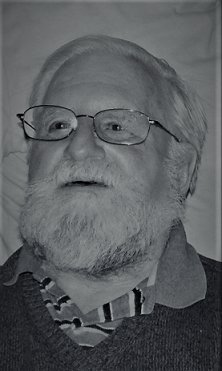 Ernest (Ernie) Arnold Thompson went to be with the Lord on November 11, 2022. Ernie was born in Bellingham on July 15, 1943. The first of three children born to Glenn and Aileen (Pendleton) Thompson.  Ernie attended Custer Grade and Junior High School; he graduated from Ferndale High School in 1961.

Ernie earned his AA from Skagit Valley Junior College in 1964, and received a teaching certificate for Secondary Sciences from Central Washington State College in 1967

He and Marjory Thomas were married in March 1967 and Uncle Sam sent Ernie to boot camp at Fort Lewis, WA; he was posted to San Francisco to do research work at Lettermen General Hospital. Son, Edward was added to their family.

Eighteen months later Michael was born in Ellensburg, WA. where Ernie started work on his masters degree. In fall 1972, he accepted the opportunity to teach high school math and science in South Australia. In 1977 Ernie and family returned to Custer.

In 1990 Ernie and Marjory moved to Birch Bay. His last job was a laboratory technician at the Botanical Laboratories, Inc in Ferndale.

They have been a part of the Sunrise Baptist Church family since their arrival in Custer in 1977.  Ernie was a Sunday School teacher, usher, choir member and deacon.