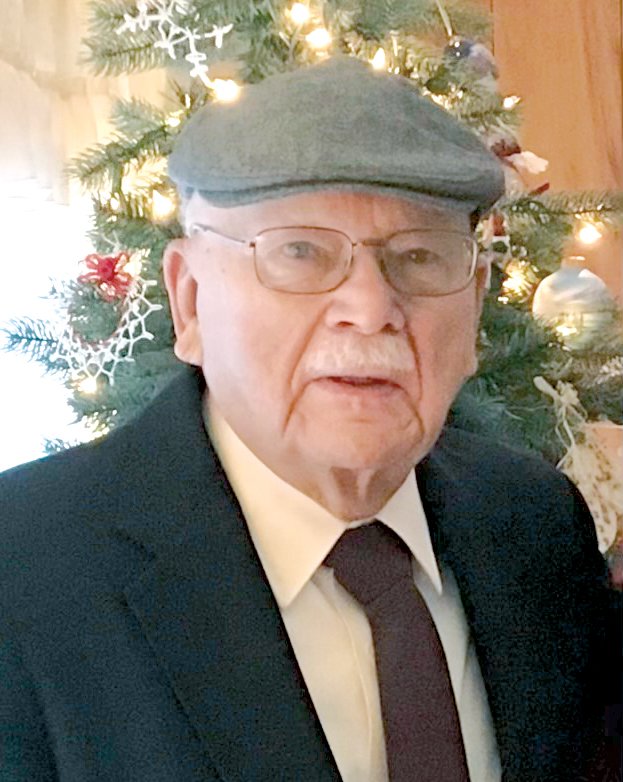 Gerald (Jerry) Anthony Bladies was born May 12, 1936 in Phillipsburg, NJ to Anthony and Genevieve Bladies. As a youngster he attended The Sister of Mercy School and was taught by nuns who, according to Jerry, showed “no mercy.” Jerry attended St. Phillip – St. James High School in Phillipsburg where he lettered in football, basketball, and baseball. He graduated in 1955. Upon graduation, Jerry joined the Air Force. He spent his first 11 months of service in Texas, going through training before being sent to Labrador for a year. Finally, he was assigned to the Blaine Radar Station where he finished his 4-year duty. While there, he met the love of his life, Grace Seimears, and had no desire to move back to the east coast. Jerry and Grace married on December 26, 1959. They spent their entire 62 years of marriage in Blaine where they raised their three children.

Jerry worked as a U.S. customs broker. Initially he was employed by both the Norman Jensen and Fritz Brokerage offices. Jerry began his career with Border Brokerage Company, Inc. on Feb. 2, 1972. He earned his customs broker’s license in 1974 and by 1976 he became part owner of the company. Jerry retired from Border Brokerage in 2002.

Jerry had much love and appreciation for the beauty of the area and the community in which he lived. He spent 12 years serving on the Blaine City Council, and was mayor of Blaine for three years in the early 1980s. During this time, he assisted in the opening of the Semiahmoo Resort and got to walk the golf course with its designer Arnold Palmer. He, and Border Brokerage Company, were also major contributors to Blaine Marine Park during its development. Jerry also served for several years on the St. Anne’s Parish Council, and various other church committees.

Upon retirement from Border Brokerage, Jerry became manager of the Blaine Food Bank, a position he held for the remainder of his life. While serving in this capacity, he was awarded The President’s Lifetime Achievement Award in 2017 by President Obama. This award recognized Jerry for his “lifelong commitment to building a stronger nation through volunteer service.”

The family knows that Jerry would like to thank all of the dedicated volunteers and generous donors he worked with over the years at the Blaine Food Bank. The family would also like to thank the staff at Good Samaritan Society-Stafholt for the loving care they gave to Jerry during the final years of his life.