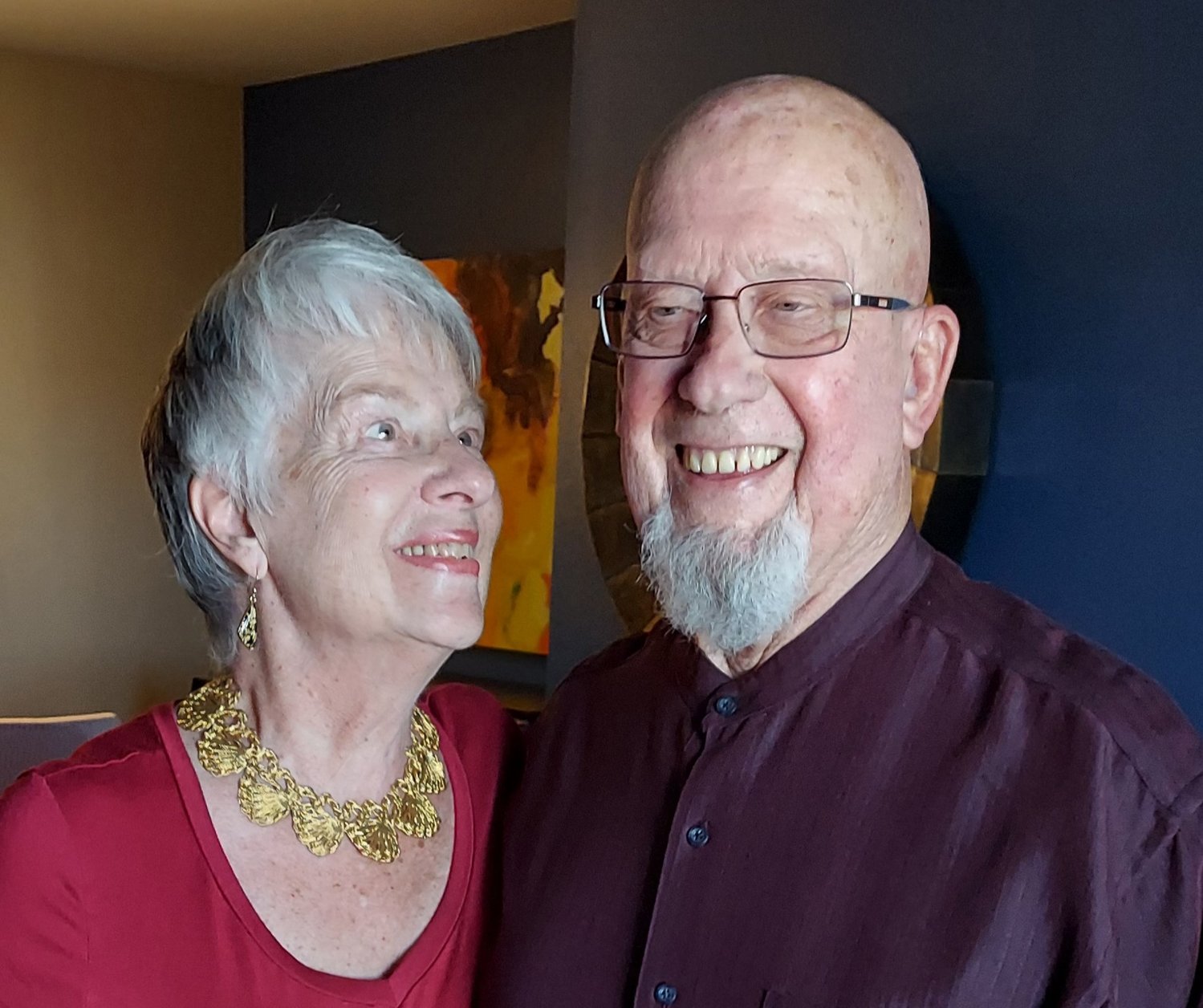 1937 – 2022 are the 85 years that Lawrence “Larry” Alvin VanWanseele lived, and the dash between those dates overflowed with the persistent refrains of service to country, love for family and community, profound Christian faith, world travel, and mystery novels. Larry passed from this life warmly surrounded by family on Thursday, July 28, 2022, with exceeding joy, and went home to the arms of his Redeemer. A few of his final words were, “I’m going to Paradise…enough of these shenanigans.”

Born in Detroit, MI, on April 27, to Grace VanWanseele (nee Hyne) & Achiel L. VanWanseele, he later moved to Port Townsend, graduated from high school in 1955, and promptly enlisted in the United States Air Force, serving proudly for 20 years. At some point in those formative years, “the laugh” was perfected. (If you knew him, you know.)

The fetching Patricia “Patt” Karen Iverson caught his eye in the early 1960s, and he hers; they wed June 26, 1966, in Puyallup,  then trekked to where the Air Force said: Calumet, MI; Iraklion AFB, Crete, Greece; Ogden, UT; finally settling in Blaine, in the late 1970s. Patt and Larry were inseparable through 56 years of marriage and value the friendship of many close friends. Moreover, they experienced at least a dozen countries by land and sea and cherished the time together which created indelible happy memories. In 2018, they moved to Green Valley, AZ.

Ordinary stuff with lasting, extraordinary impact on those around him defined Larry Boy, Crazy Larry, Ban, or any other nickname. Whether volunteering at the Blaine Fire Department for nearly two decades, teaching Sunday school at Grace
Lutheran Church, delivering furniture, selling hardware, coaching youth soccer, serving on the Blaine City Council, or tending to the grounds at Civic Field and North Bellingham Golf Course, he was smiling. Moreover, one of his favorite causes was Puget Sound Blood Center where he made 192 lifetime apheresis visits and earned 457 donation credits.

Larry was blessed to include in his beloved family, wife Patt; sons Ace (Debbie) and Armand (Amy); and three amazing grandchildren.

He decided on whole body donation to SWIBA, the Southwest Institute for Bio-Advancement, and arrangements for columbarium inurnment at Lutheran Church of the Risen Savior in Green Valley, AZ, will be scheduled in the coming weeks.