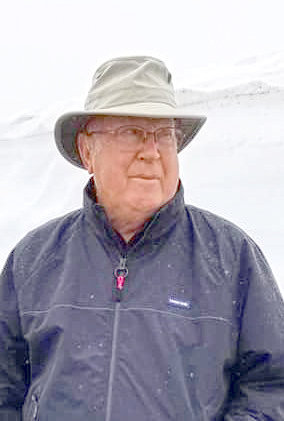 Surrounded by loved ones, Peter Winterfeld passed away October 11, 2022 in Birch Bay after a long battle with diabetes.

He was born on April 17, 1940 in Sondershausen, Germany to Willi and Gertrud Winterfeld. Peter moved with his family from Germany to Canada after World War II to start a new and better life. His father answered an ad in a local newspaper from Pioneer Mine in Canada, looking for an engineer to work in the gold mine. He gained employment there for the next three years. His mother cleaned houses for the mine personnel and saved every penny she made. They lived in company housing and made some lifelong friends. Peter attended grade school in Pioneer Mine and attended Bralorne High School.

When his father’s three-year term was up, the family moved to New Westminster, BC and opened up a German delicatessen in which Peter worked as a teenager. He was up every morning at 4 a.m. to make 50 pounds of potato salad. He also attended Lester B. Pearson High School, and New Westminster Secondary School. After completing high school, he studied civil engineering at University of British Columbia. Peter was drawn to the trees and mountains. He became an avid skier and developed a love for photography.

While attending UBC he was reunited with a childhood friend, Eleanore Schwerin, and in 1965, they were married. They both were avid skiers and worked on the Jasper ski patrol. In 1969, they moved to California to pursue careers, continue education, and start a family. Then, in 1970, Peter and Eleonore bought their first house in Huntington Beach. They welcomed their one and only son, Jason. There, he learned how to surf and a love for the ocean was formed.

Peter started out selling cars at Johnson and Sons but then realized that the real estate business was his calling. He flourished in real estate and eventually became vice president of Aames Home Loan from 1976-1997. During his time in California he found another love, sailing. He graduated from sailing Hobie Cat catamarans to 40+ foot sailboats. Most weekends you could find him working on or sailing his sailboat from dawn till dusk, listening to music, and enjoying charcuteries. Peter ventured out from working for others and in the early 2000s he started his own business, California First Mortgage. After a few years of running his successful business, life changes, and retirement brought Peter back to the PNW to his paradise: Birch Bay.

Here he met his best friend and life partner Jerrylyn Barney. Jerrylyn and Peter spent the last decade together living a very active lifestyle: boating around the local islands and bays, walking, biking, socializing, and gardening. He continued to ski into his early 80s at his beloved Mount Baker, often bragging about being the fastest skier among his friends. He was heavily involved in his community by volunteering his time with Birch Bay Village Board for nine years, the Birch Bay Watershed and Aquatic Resources Management District, and an appointee and member of the Whatcom County’s Boards and Commissions, and the Birch Bay Village Yacht Club.

Peter is survived by his son, Jason Winterfeld; his granddaughter Shaylah Winterfeld; his daughter-in-law, Wendy Winterfeld; and his life partner; Jerrylyn Barney. Services will be held June 25, 2023 in Birch Bay State Park followed by a Celebration of Life at the Birch Bay Village Clubhouse.