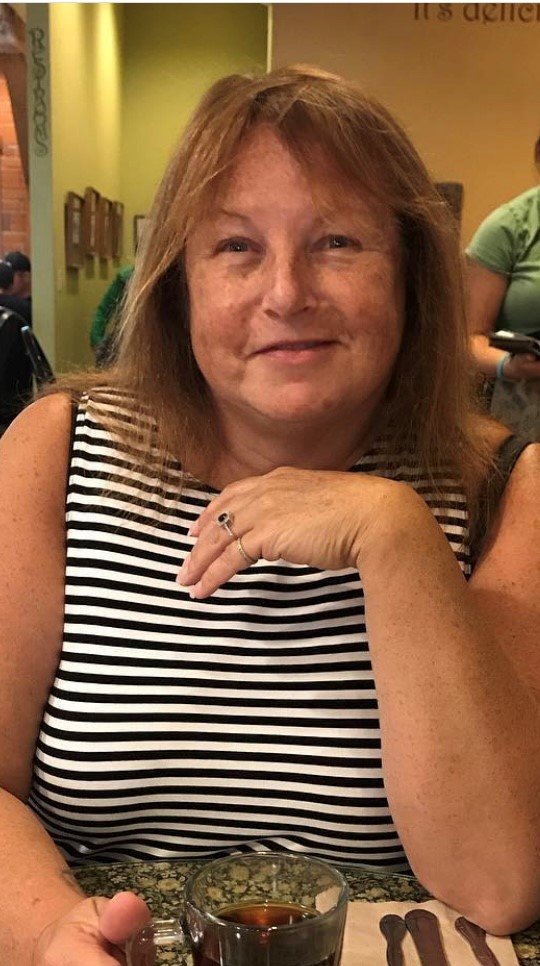 Terry Irene Morrison, age 68, passed away peacefully on June 11, 2021 at Rosewood Villa, Bellingham. Terry was born on September 6,1952 on the U.S. Naval Air Station in San Diego, California to Don and Claudia Morrison. Terry’s life as an only child lasted for two years until the birth of her sister, Jeanne, and they became known as “the girls.”

Terry’s early life as a “Navy brat” was a typical military child’s life. The family lived in California, Texas, Maryland, Hawaii, Missouri, and Bremerton, Washington. Don, Claudia, and “the girls” eventually settled in Blaine, Washington in 1962 where the family soon expanded to include the girls’ younger brother, Timm, aka the Nauseating Little Brat. Terry found her niche in Blaine and grew from being a shy child to being the life of the party. Terry’s 58 ½ years in Blaine led to her creating a large circle of friends that became her extended family. Terry stayed friends with people from her childhood, co-workers from her years at the Homeland Security Investigations, and people she met through her children. She was known as Mama P to her children’s friends and Grandma Terry to these friends’ children.

Terry’s passions in life have been her family, friends, and travel. Every gathering was full of good food, laughter, and hugs. Terry was quick witted and had snappy retorts; especially for her brother, Timm. Her travel buddies came home with aching sides from all the laughs they shared on their trips.

Terry is survived by her daughter, Sommar Pickering of Blaine, siblings Jeanne (Alan) Park of Edmonds, and Timm (Corrie) Morrison of Big Lake; her nieces and nephews, Crystal (Jake) of Sedro Woolley, Serena and Adam of Edmonds, Tyler of Camano Island, and Bailey of Arlington; her grand-nephew and grand-niece Van and Eve; and numerous cousins. She was predeceased by her parents, Donald and Claudia Aguila Morrison and son, Alex Pickering.

Terry is also survived by many loving friends from Blaine and beyond. There are too many to list; you all know who you are and know you had a special place in her heart.

Mom and big Sis, give the rest of our family in heaven hugs from us.