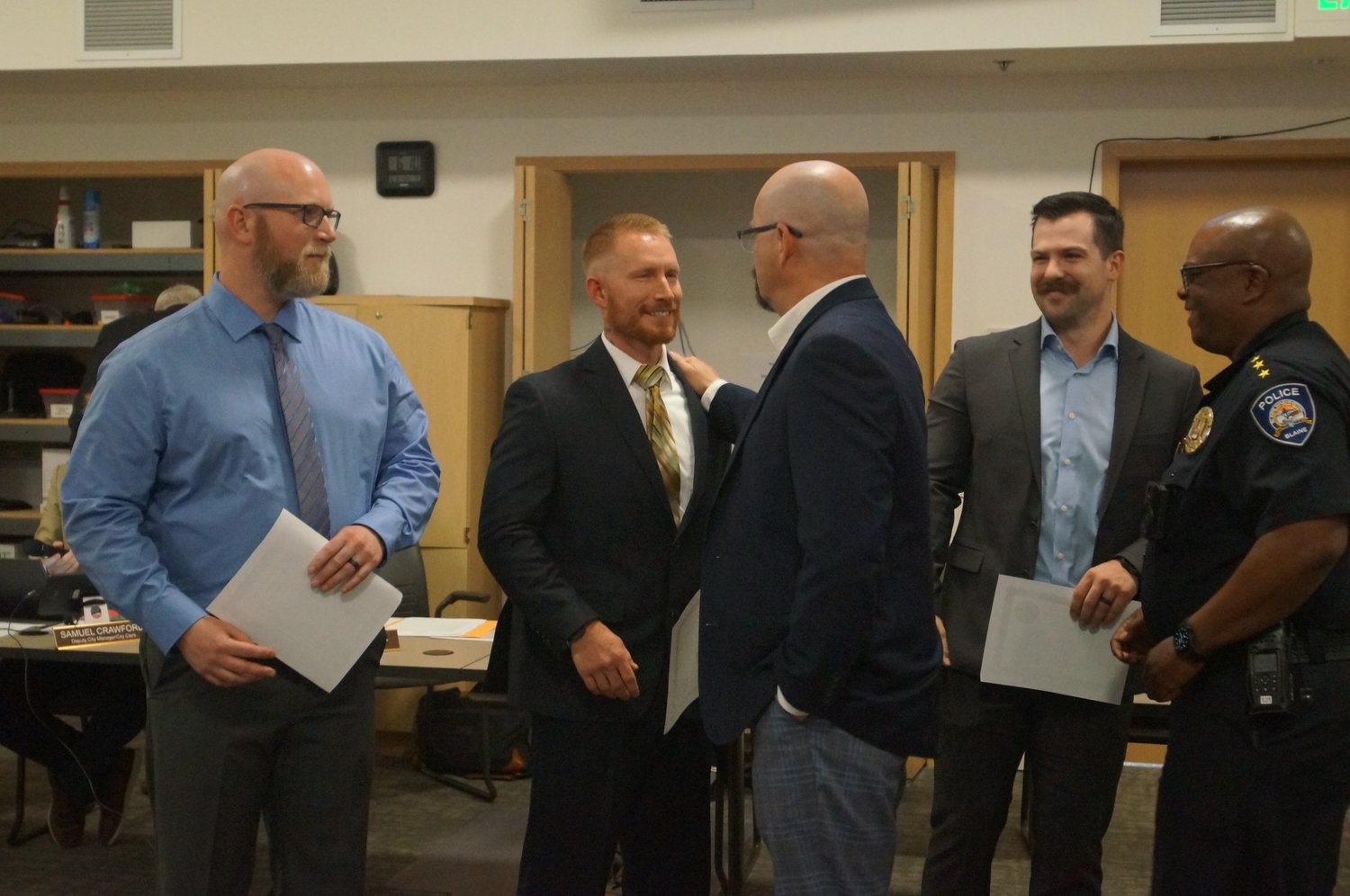 The department officially hired officers Jeremiah Leland and Benjamin Diacogiannis June 1 while officer Kevin O’Neill joined BPD in February but was sworn in with the new hires.

“The entire Blaine Police Department team is excited to have the new officers on board and I hope the Blaine community is equally as excited,” BPD chief Donnell Tanksley said after the swearing-in. “All three bring a set of diverse life experiences and professional accomplishments which is welcomed in our department. Blaine Police Department looks forward to giving these officers the best training available and to their positive and influential impact in serving our community.”

BPD has been understaffed since February 2021 when two officers left for other law enforcement opportunities. Another position opened in April 2021 when lieutenant Ryan King retired. Michael Munden was then promoted from sergeant to lieutenant; two new officers, Jordan Maphumulo and Katelyn Weaver, were hired in June 2021; and two officers, Skylar Deffinbaugh and Timothy Richardson, were promoted to sergeants in August 2021. O’Neill was hired in February from the Lummi Nation Police Department, and Leland and Diacogiannis fill the remaining openings.

Leland comes to BPD from the Bellingham Police Department where he started his law enforcement career in 2014, according to BPD. He specialized as a school resource officer, bicycle officer and tactical medical officer.

Leland grew up in Whatcom County and attended Whatcom Community College. He has served the community as a support officer, volunteer firefighter, EMT and ER technician. He lives on a 10-acre horse ranch with his wife and four daughters.

Diacogiannis spent three years as a corrections deputy for the Whatcom County Sheriff’s Office and will be attending Washington State Criminal Justice Training Commission’s basic law enforcement academy July 5, with an expected completion date of November 9. He will then complete 14 weeks of field training.

Diacogiannis grew up in Whatcom County. He was homeschooled but played sports for Lynden public schools. He volunteered as a track coach for Lynden High School after graduating.

“I’m thankful for the opportunity to join the Blaine Police Department and to be able to further service my community and protect the citizens of Blaine,” he said in a statement.