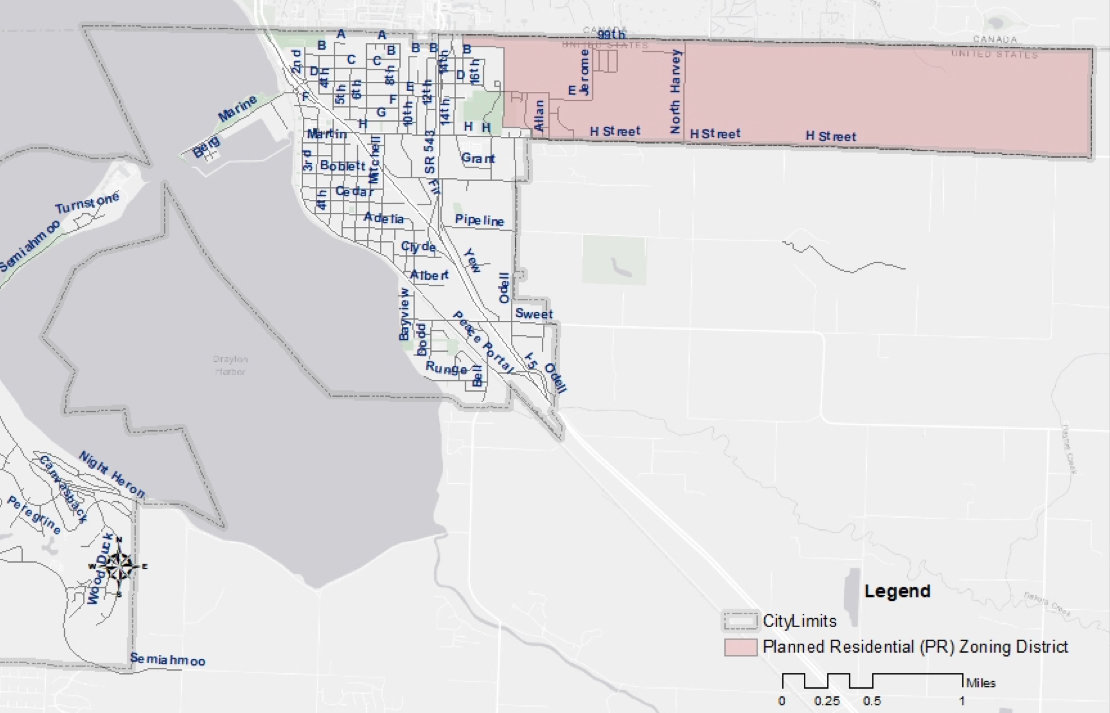 Update: The city of Blaine announced on November 7 that the public hearing will be postponed until Thursday, December 8.

The city of Blaine’s planning commission will hold a public hearing November 10 regarding a proposal to fix zoning code inconsistencies impacting the development of manufactured homes in east Blaine. The hearing is set for 6 p.m. in city council chambers, 435 Martin Street.

The proposed amendment would change the zoning code for residential planned unit developments (PUDs) in the city’s planned residential zone. As the code is currently written, manufactured dwellings aren’t allowed in residential PUDs, but are allowed in the city’s planned residential zone, which runs east of 15th Street to city limits and from the U.S./Canada border to H Street Road, according to the project proposal. City council will ultimately vote on the amendments if they are approved by planning commission.

If the code is changed, approval would still need to be given on the number of manufactured homes in East Harbor Hills, or any other future residential PUD development, said Stacie Pratschner, the city’s community development services director.

Written comments need to be submitted before the public hearing by 4:30 p.m. Wednesday, November 9. Comments can be sent by mail, email and fax to Stacy Clauson, of the community development services department, at 435 Martin Street, suite 3000, in Blaine. Comments can be emailed to cdscomments@cityofblaine.com with “East Harbor Hills LLC” in the subject line or faxed to 360/332-8330.