Road Rules: Signaling at roundabouts, other points on traffic circles 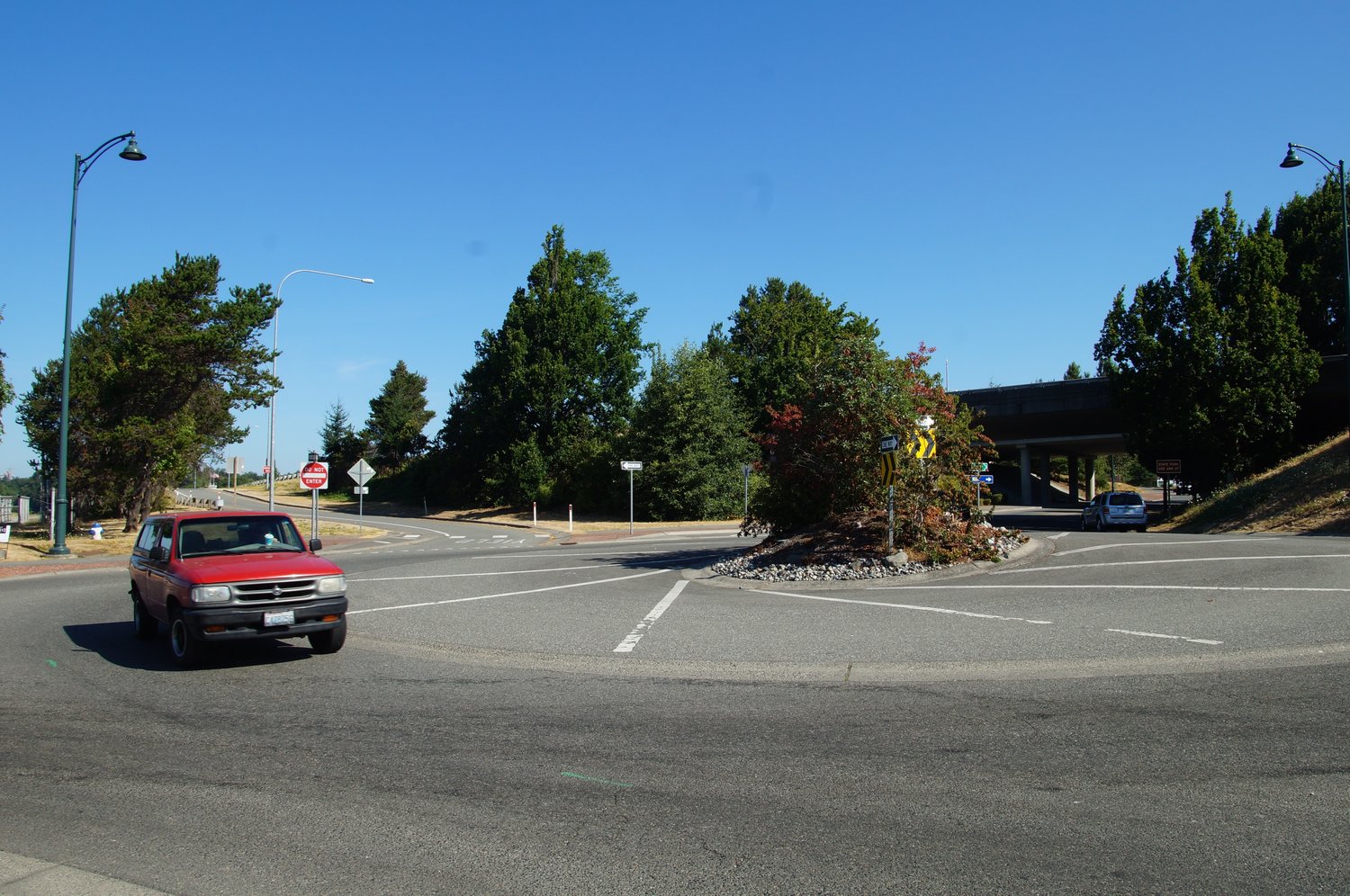 Question: Can you please write about signaling at traffic circles? I rarely see anyone signal to make a right or left turn. It causes confusion when trying to enter a traffic circle because one has to almost guess whether someone coming from the other side of the circle is going to go straight or make a left turn.

Answer: Communication is such a big part of driving and yet, we have so few tools to let other drivers know what we’re doing. We’ve got brake lights, turn signals and, in an emergency, the horn. Those are the official signals, at least. Then there’s the wave at the four-way stop when everyone’s trying to remember who goes next, and various unsanctioned hand gestures. Those other signals might help you understand the emotional state of the driver, but they don’t help much at clarifying their driving intentions.

Given the inherent communication limitations, you’d think you’d want to use whatever resources you have available to let other road users know what you’re doing. The question is, how does that work at a roundabout? Does the law even require you to signal at a roundabout?

Before we go any further, the question asked about traffic circles, and I just mentioned roundabouts. We have a few different kinds of what the law refers to as “rotary traffic islands,” including neighborhood traffic calming circles, mini roundabouts, single-lane roundabouts and multi-lane roundabouts. It’s possible that we’re thinking of two different kinds of rotary traffic islands, but even if that’s the case, the rules for navigating them are the same: Always drive to the right around the circle and yield to other road users already in the roundabout.

Side note – two additional rules specific to multi-lane roundabouts: Stay in your lane (which you choose in advance), and avoid driving next to large vehicles. Semis might need to straddle both lanes, and you don’t want to be there if they do.

I’m intrigued by your statement about rarely seeing drivers signal to make a right or left turn when approaching a roundabout. I’ve recommended that drivers signal their intention to leave the roundabout with a right turn signal as they approach the road they want to exit onto. Your comment has me wondering if you’re proposing that drivers approaching a roundabout should signal right if planning to turn right, not signal at all if intending to exit the roundabout on the other side of the intersection, and signal left if exiting at the third leg around (the equivalent of what you’d do in a traditional intersection.)

Either way, we have problems. The law requires that drivers signal at least 100 feet before making a turn, and since the legs of a roundabout are often closer together than 100 feet, how can you comply with the law and clearly communicate to other drivers which leg you intend to take? But if you go with the method of signaling just like you would in a traditional intersection, your left turn signal could be interpreted as intending to stay in the roundabout. As I write this, I’m realizing that might actually be what you originally meant. Also, while I recommend it, I’m not confident the law requires you to signal in a roundabout.

Despite the confusion about signaling, roundabouts are far safer than other intersections. Compared to traditional intersections, they reduce overall collisions by 37 percent and fatality collisions by 90 percent. In a roundabout, or any other imperfect driving situation (and isn’t that most of them?), have patience, communicate the best you can to other road users and be kind.