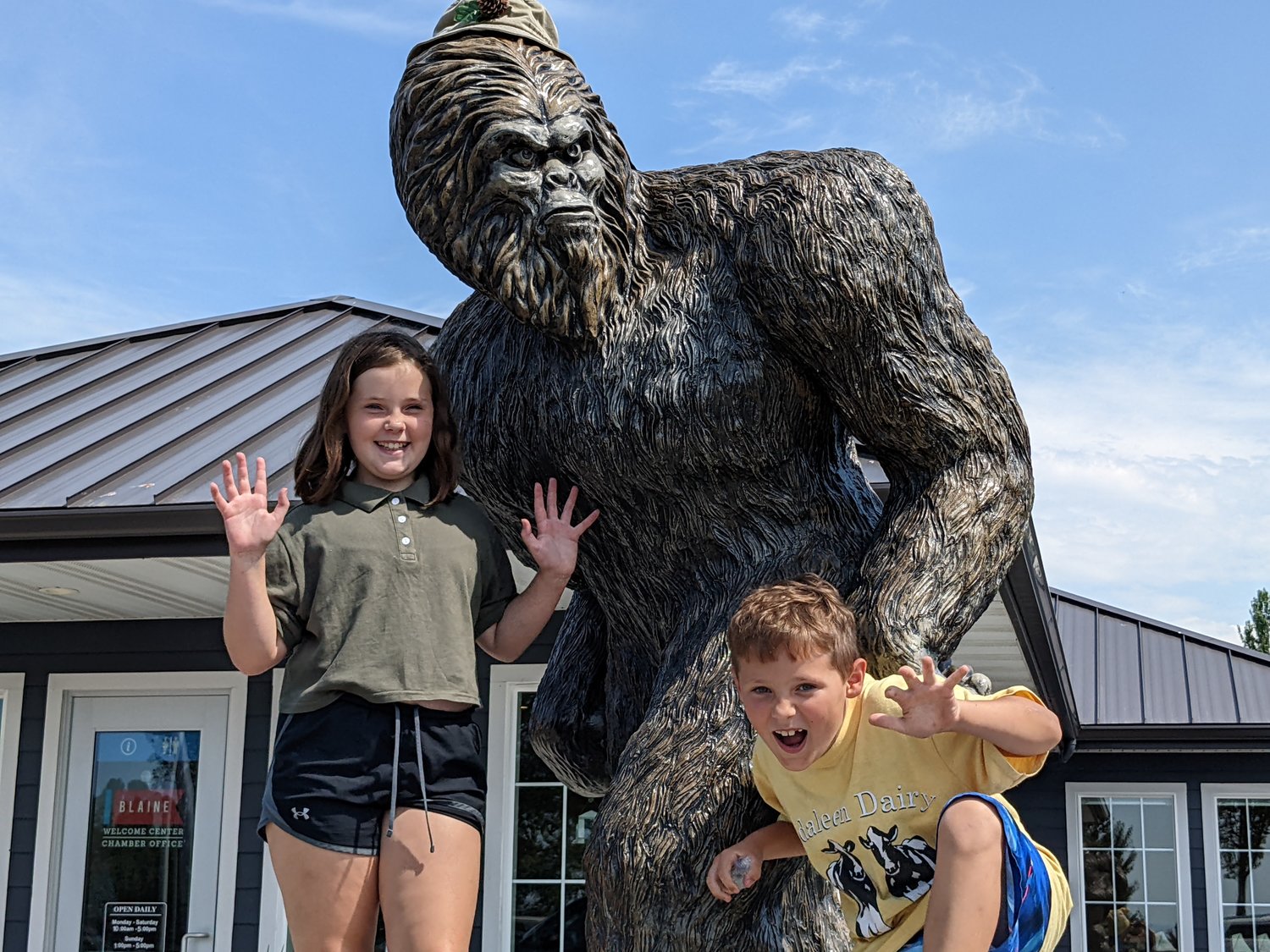 Sasquatch with Charlie Johnson, l., and Lucas Johnson on his new pedestal.
Photo by Ruth Lauman 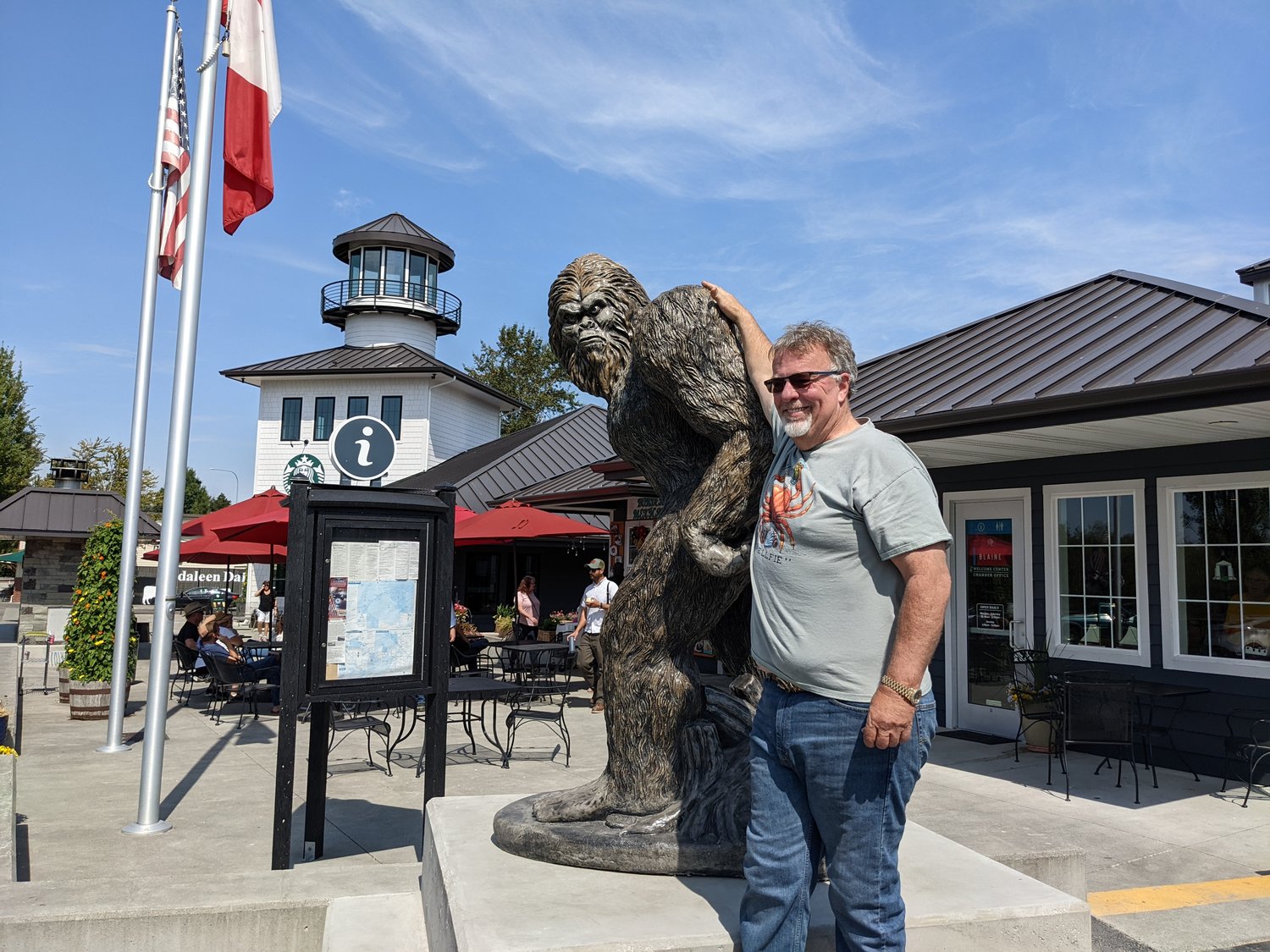 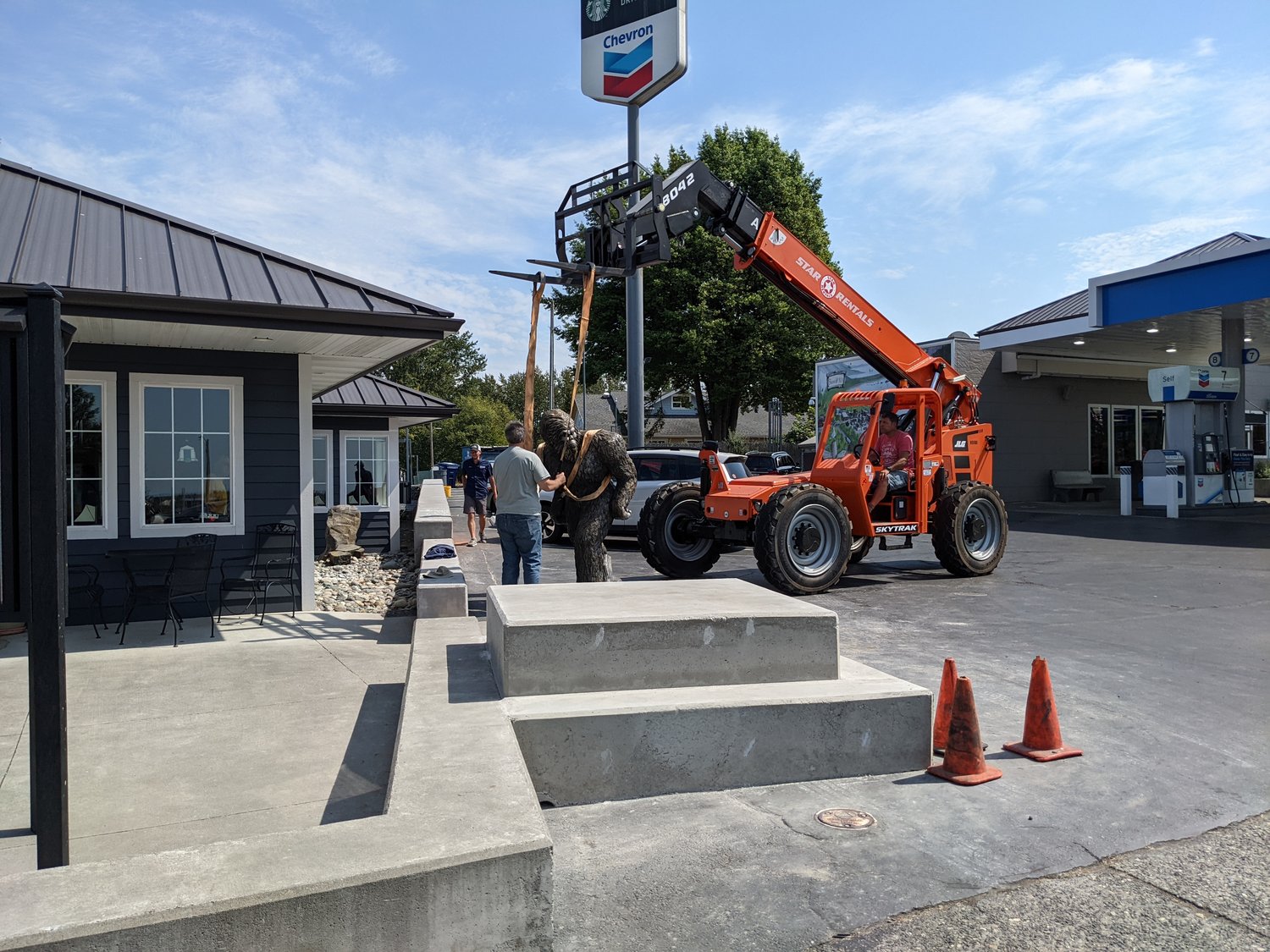 Hill’s Chevron owner Mike Hill placed his newly purchased 3,500-pound Sasquatch statue on a concrete pedestal at the edge of the gas station’s property on August 18.

Hill said he, his wife and a few friends were driving past Northstar Stone and Landscape Supply in north Bellingham when they saw the 6-foot-8-inch concrete statue. Purchasing the Sasquatch started as a joke until Hill thought about how it would fit with the gas station’s Northwest-themed merchandise and serve as a tourist attraction.

“I’m amazed how many people go out to take pictures with him,” Hill said. “He’s going to be Santa Claus. He’ll be an Easter bunny. He’ll be a Seahawk.”