Milania Rodriguez on the mat in the Blaine Blizzard tournament January 14.
Photo by Michelle Rodriguez 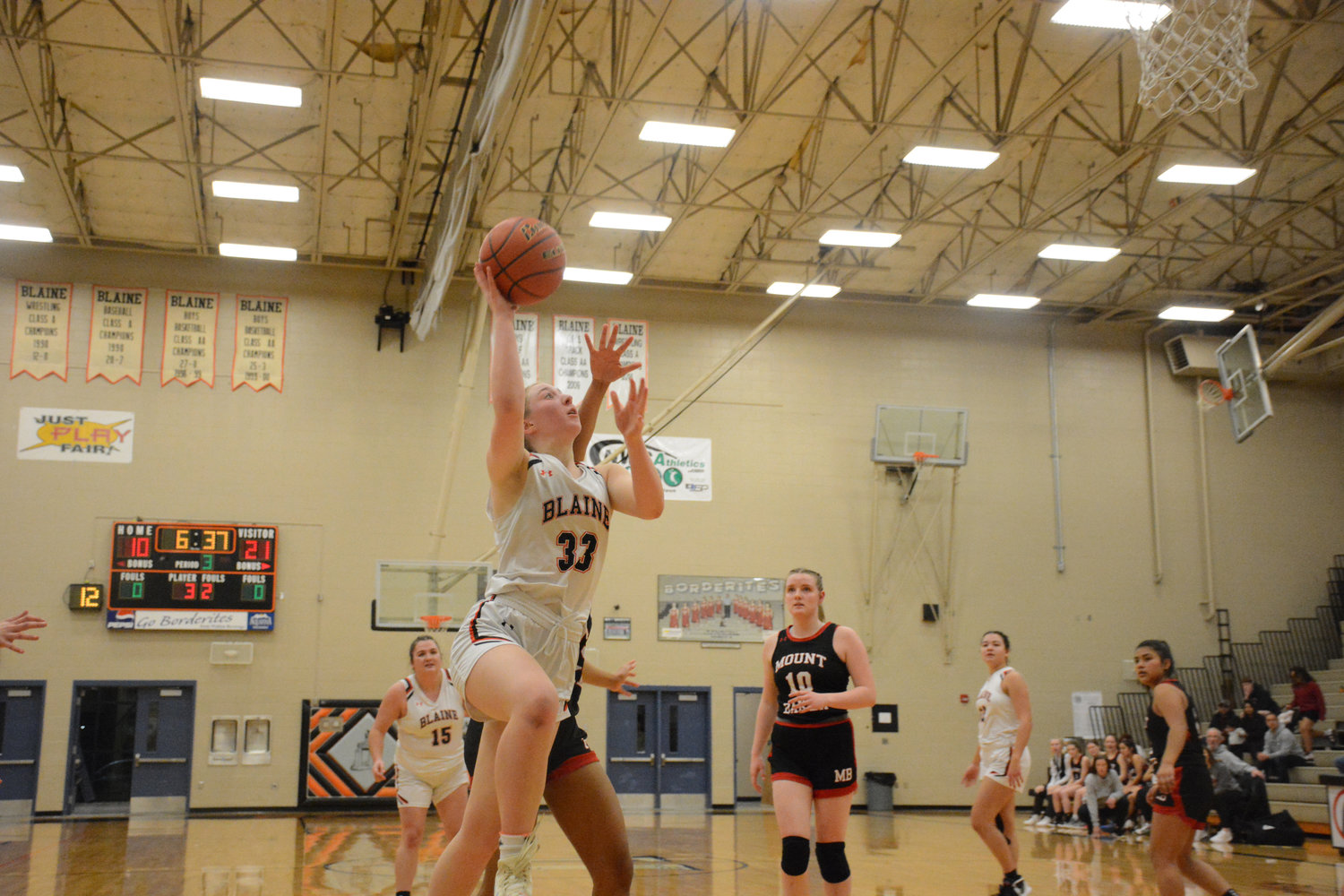 The Borderites took their first conference defeat at home January 12 to a dominant Lynden Lions performance. Lynden senior Coston Parcher and junior Anthony Canales combined for 53 points in the Blaine High School gymnasium as Blaine’s shooters struggled against the defending 2A state champions. The game finished 75-47.

The Blaine boys bounced back on the road, taking a 90-49 win over Mount Baker High School January 16.

The Borderites will host Burlington-Edison Friday, January 20. The game is also a mini-cheer night. The team will then travel to Mount Vernon Monday, January 23 and host 1A defending state champions Lynden Christian Thursday, January 26. Both games are at 7:15 p.m. The boys are 11-2 so far this season and 8-1 in conference.

The Lady Borderites fell behind early to Mount Baker January 16 in the Blaine High School gymnasium and never fully recovered, losing 40-35. The girls fought back in the third and fourth quarters, but each time the gap came within five points, the Mountaineers found a basket.

Blaine came into the game on the back of a 62-21 loss on the road to Lynden January 12.

The team will travel to Burlington-Edison High School Friday, January 20 and host Mount Vernon Monday, January 23. Both games are at 7:15 p.m.

The boys will travel to the Quincy Mat Animal Boys Wrestling Tournament Saturday, January 21 for a multi-school invitational meet at Quincy High School.

The team will compete at the Othello Lady Huskies Invite this weekend. Competition starts at 4 p.m. Friday, January 20 and 9 a.m. Saturday, January 21 at Othello High School.