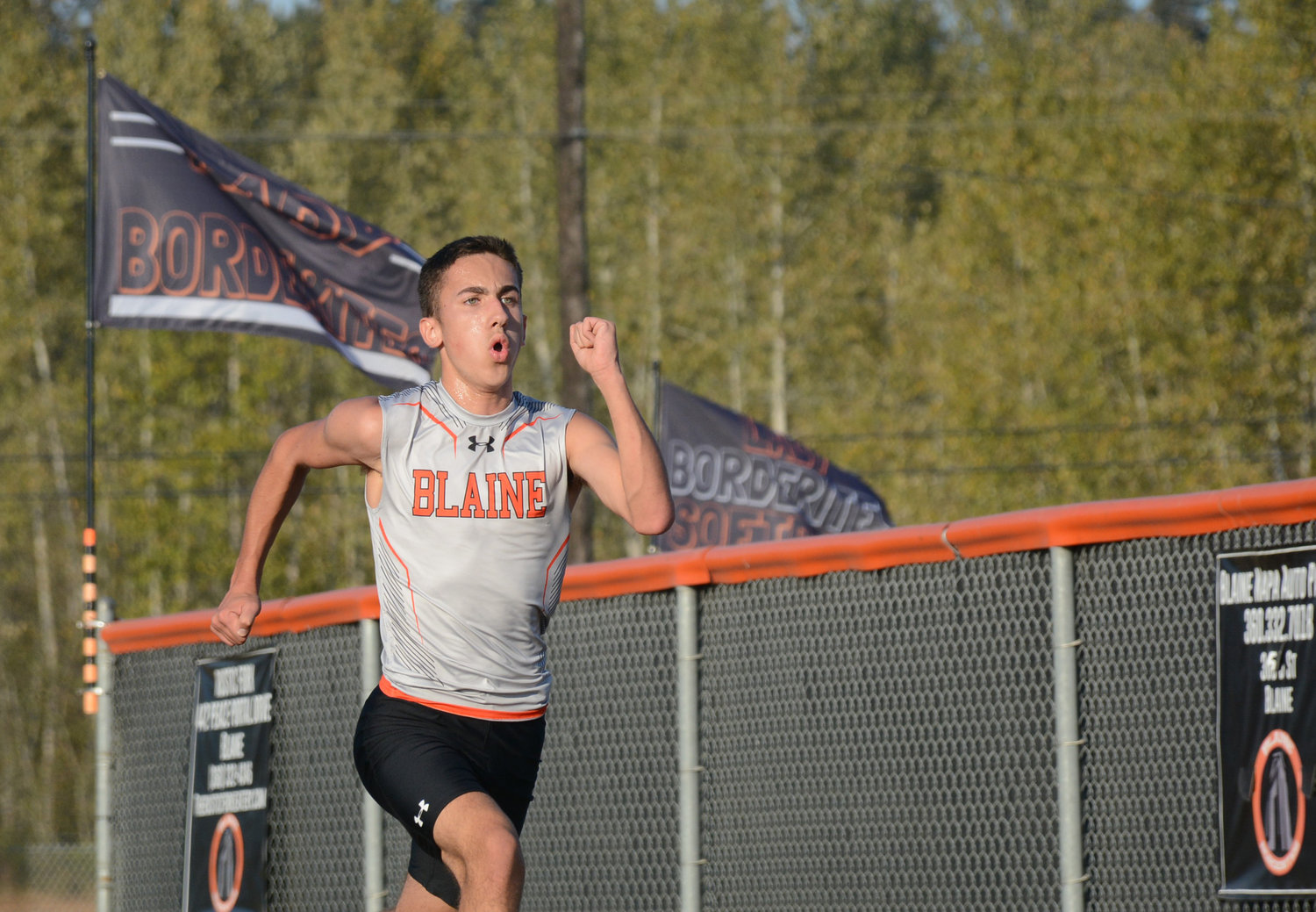 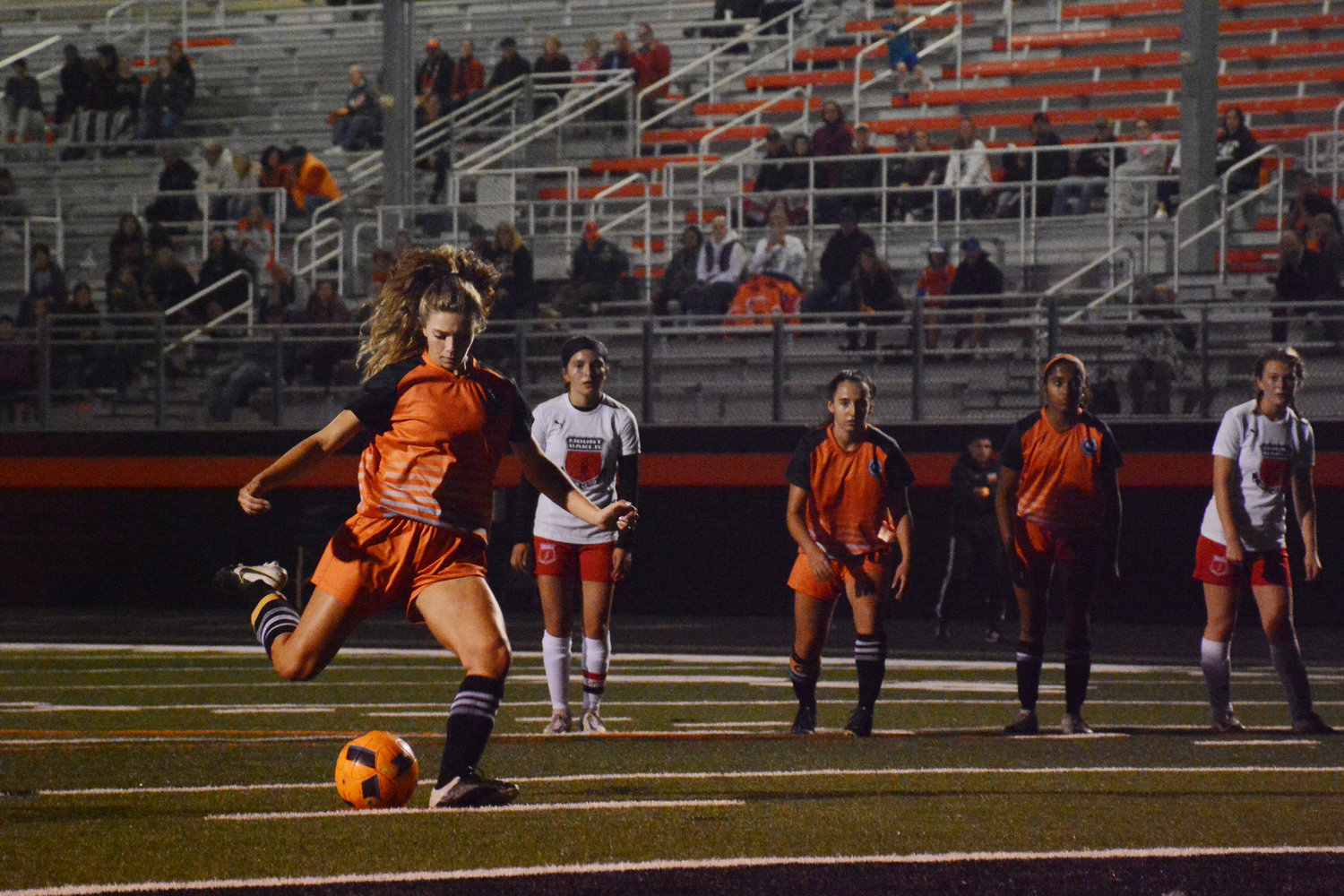 Blaine opened the scoring at Meridian last week, but wasn’t able to hold off the Trojans for long. The Borderites lost 34-20 October 7.

Running and passing down field, Blaine’s offense found the end zone when senior quarterback Kael Evinger found junior Riley Ihde on a quick slant toward the goal line from nine yards out. Blaine missed the extra point, and Meridian responded in two plays. Sophomore quarterback Jaeger Fyfe ran the ball 56 yards down the right sideline for a touchdown. Making the extra point, the Trojans took a one-point lead.

They scored again to take a 14-6 advantage into halftime. Meridian scored again after a 90-yard drive. Then junior Justin Minjarez took the kickoff past the 50-yard line, which set up Blaine to score again. Evinger found junior Hunter Vezzetti on a 15-yard pass to score. The Trojans responded, and scored again to make it 28-12.

Minjarez strip-sacked Fyfe late into the game with junior Victor Gervol recovering the ball in a great spot. In three plays, Evinger found junior Conner Dalry for a 33-yard touchdown. The two-point conversion failed, and the game ended 34-20.

Blaine travels to Bellingham for the Bayhawks’ homecoming game Friday, October 14 at 7 p.m. at Civic Field. Blaine is 0-6 this season and 0-2 in conference.

Blaine girls soccer beat Mount Baker 2-0 October 5 and then lost two hard matches on the road to Mount Vernon and King’s. The Lady Borderites lost 2-0 to Mount Vernon October 7 and 5-0 to King’s October 10.

The Lady Borderites won their first at-home match of the season October 10 against Lakewood. It finished 3-1 and came on the back of a straight-set loss to Oak Harbor on the road October 5.

The team was scheduled to travel to Squalicum October 12. The girls host Meridian Tuesday, October 18 and then travel to Mount Baker Thursday, October 20. All matches are at 7 p.m. They are 1-9 this season.

Blaine hosted a three-school cross country meet October 5 at Pipeline Fields where Sedro-Woolley, Mount Baker and Blaine competed. Boys and girls ran separate 5Ks. With three laps around the baseball and softball diamonds, spectators could run from one spot to another across the fields to cheer on their respective runners before welcoming them home at the finish.

Blaine runs next at Civic Stadium in Bellingham in the Northwest Conference Cross Country Championships Wednesday, October 19. The meet starts at 4 p.m.

Blaine’s co-op team with Ferndale will compete next at Arne Hanna Aquatic Center in Bellingham against Bellingham High School Tuesday, October 25. The meet starts at 3:30 p.m. The team’s schedule can be found at bit.ly/3U5exL8.