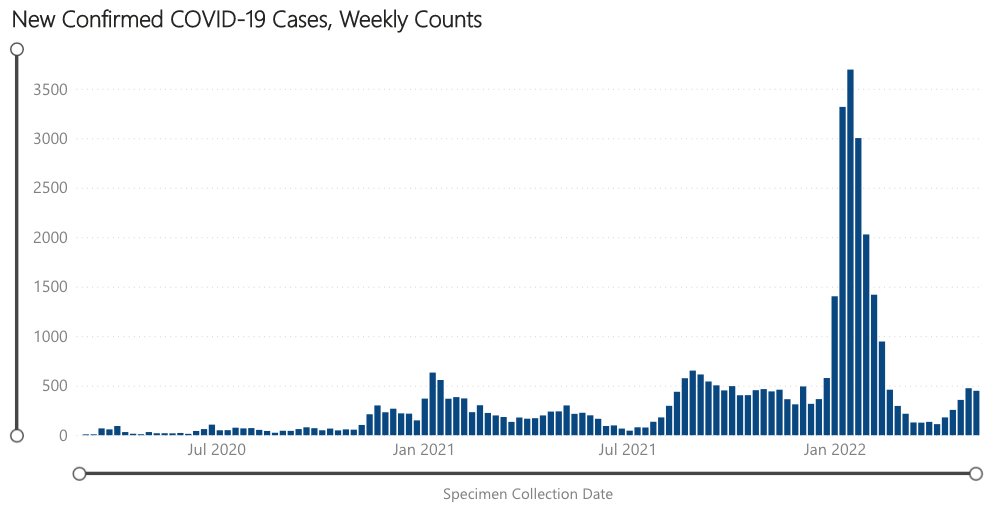 Whatcom County Covid-19 cases have been in the CDC’s low community level rating for the past week. The CDC advises residents in low transmission areas to get tested if they have Covid-19 symptoms and stay updated with Covid-19 vaccines.

There were 449 Covid-19 cases reported in Whatcom County the week of May 7, which is 26 cases fewer than the previous week, according to Whatcom County Health Department data. This is the first time county cases have decreased since the first week of April, when 112 cases were
reported.

The health department publishes an in-depth Covid-19 report every month. In the report published May 13, which covers April 1-30, Covid-19 cases increased to an average of 43 new cases per day. In March, the daily average was 18 new cases per day. However, this number could be higher as at-home antigen test results have become more popular and are not reported. Despite the increase, numbers remained lower than the Omicron peak in mid-January, when the county was seeing 527 cases reported per day.

In April, the death rate remained ‘relatively low’ with six deaths reported, according to the health department. For comparison, there were 49 deaths in January and eight in March. One death was a woman in her 50s and another a man in his 70s, while the other four were two men and two women 80 years and older. There were also 35 Covid-19 hospitalizations in Whatcom County in April.

The CDC’s community transmission levels for Whatcom County can be found at bit.ly/3xV6QhO. County health department data is available at bit.ly/3KdiRBS.